Icarus Theatre Collective presents their sexy, bloody and fast-paced tour of Hamlet. This gripping ensemble reimagining embraces Shakespeare’s brutality and amplifies the exhilaration and violence of one of the greatest plays ever written.

The King of Denmark is dead. Consumed with grief, Prince Hamlet avenges his father’s death with devastating consequences for his family and the Kingdom. Shakespeare’s most challenging play tells the tale of Prince Hamlet fighting the new King who stole his throne. 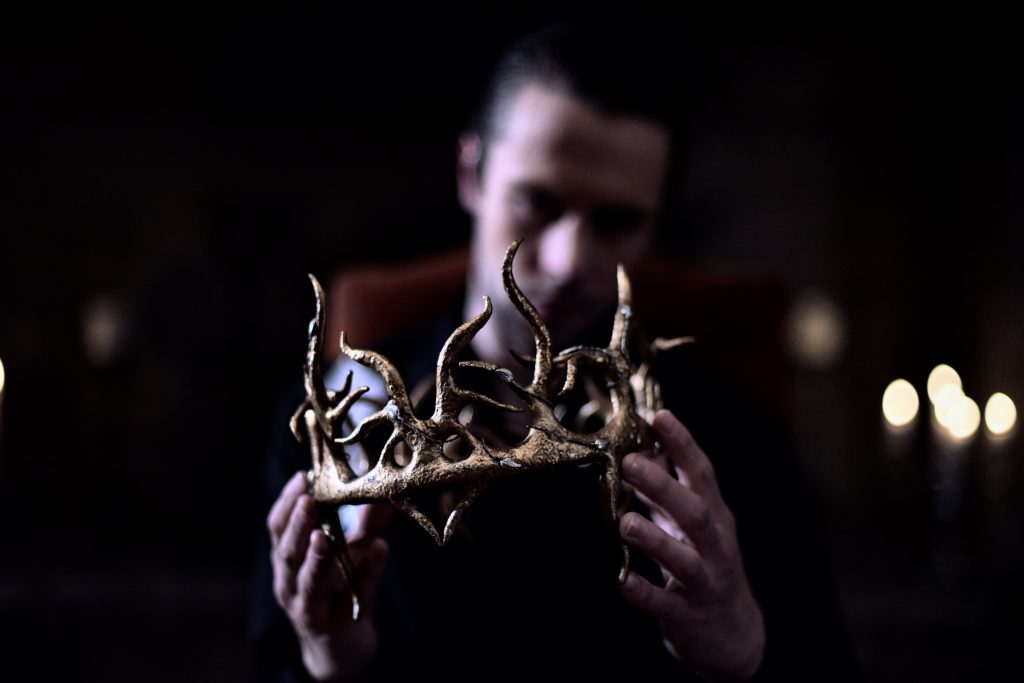 Director Max Lewendel comments, The King of Denmark is dead. His son Hamlet – whose depression is festered by the death of his father – shatters the narrative and drives it forward. The young prince is not self-pitying or self-indulgent. He is angry. He is infuriated by the world that envelops him. Torn and enabled by his mental malady, the Herculean character embarks on a self-destructive rampage to avenge his father’s death.

With a design inspired by the mythology of Greek and Roman Gods, this ensemble-driven production of Hamlet uses its dynamic cast to accentuate the constant conflict of the various elements the young prince’s psychology.

Using Shakespeare’s original words, Icarus invites us to encounter the text in a new way. Blending traditional and physical theatre with an original musical score, this muscular production brings to life some of literature’s most vibrant language and characters in a way you’ve never seen before. This is Shakespeare for the Game of Thrones generation.