Following a sold-out UK tour, The Wipers Times transfers to the West End for a season at the Arts Theatre, with performances from Tuesday 21 March – Saturday 13 May 2017.

Ian Hislop and Nick Newman’s The Wipers Times – a stage adaptation of their award-winning BBC film – tells the true and extraordinary story of the satirical newspaper created in the mud and mayhem of the Somme,interspersed with comic sketches and spoofs from the vivid imagination of those on the front line. 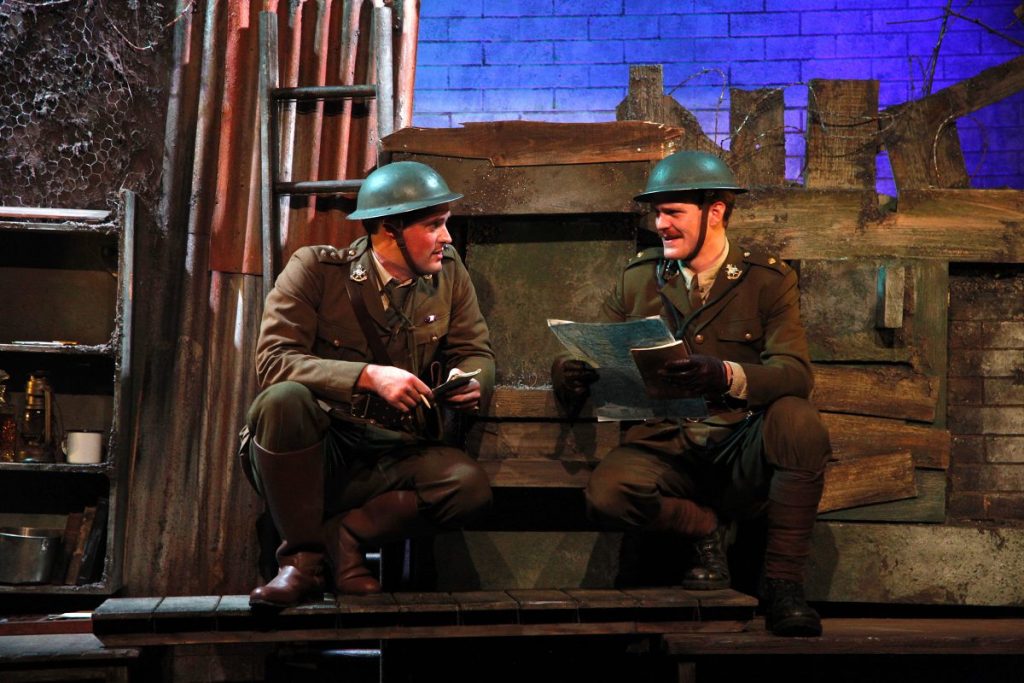 ““We thought it would all be over by Christmas – but we are delighted that following a sell-out tour, The Wipers Times continues with a run at the Arts Theatre.  A hundred years after World War 1, London audiences will have a chance to see this forgotten true story about a satirical trench newspaper and discover that the black humour of The Wipers Times is still remarkably fresh, funny and poignant. We are thrilled that it ‘s not going to be all quiet on the West End Front…”

In a bombed out building during the First World War in the Belgian town of Ypres (mispronounced Wipers by British soldiers), two officers discover a printing press and create a newspaper for the troops.

Far from being a sombre journal about life in the trenches they produced a resolutely cheerful, subversive and very funny newspaper designed to lift the spirits of the men on the frontline.

Defying enemy bombardment, gas attacks and the disapproval of many of the top Brass, The Wipers Times rolled off the press for two years and was an extraordinary tribute to the resilience of the human spirit in the face of overwhelming adversity.

The production takes place one hundred years after the Battle of the Somme and publication of The Wipers Times.