Raising Martha, a brand new dark comedy by award-winning writer David Spicer, and directed by Michael Fentiman, will have its world premiere at Park Theatre from 12 January 2017, playing until 11 February.

Morgana Robinson has unfortunately had to withdraw from the production due to unforeseen personal reasons, but the producers are happy to announce that Gwyneth Keyworth will join the cast to play ‘Caro’. Keyworth has most recently starred as ‘Alison’ in E4’s cult show Wasted, with other notable screen appearances in Channel 4’s Powder Monkeys, HBO’s Game of Thrones, ITV’s Dr Thorne and E4’s Misfits. Described by The Guardian’s Lyn Gardner as ‘heartbreakingly good’ in the Bristol Old Vic production of The Life and Times of Fanny Hill, she was most recently seen in the Globe’s acclaimed revival of The Heresy of Love. 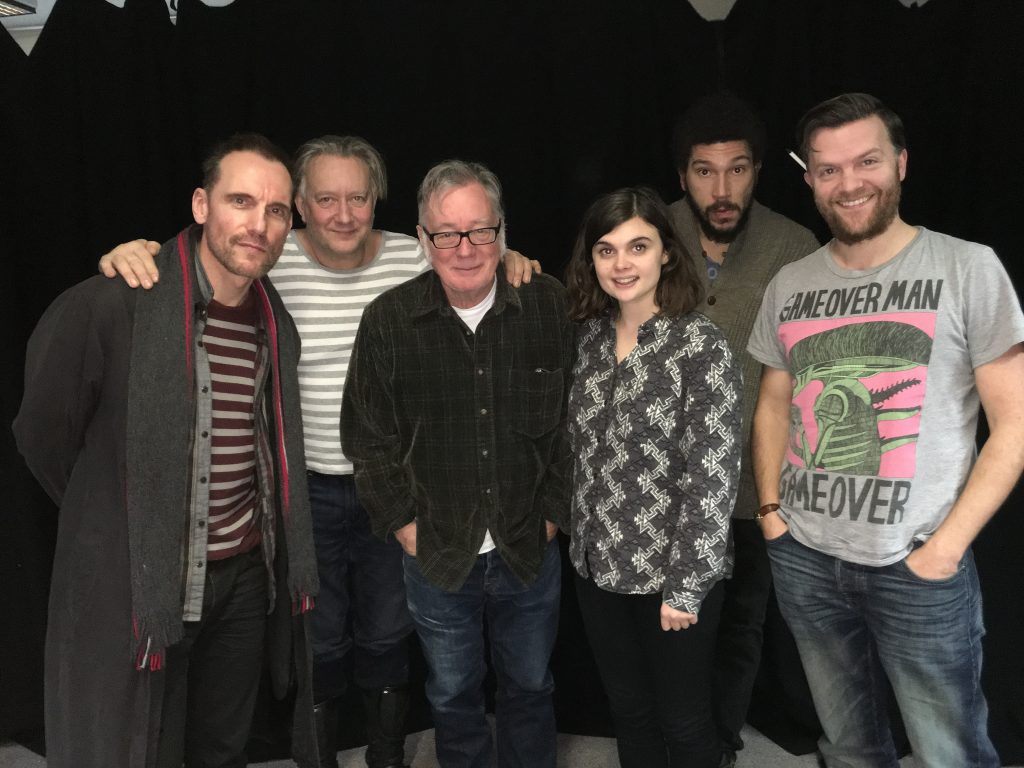 Julian Bleach, co-creator and MC of Shockheaded Peter (2002 Olivier Award for Best Entertainment), best known for his role as the evil ‘Davros’ in Dr Who, and recently seen in the acclaimed Grinning Man at the Bristol Old Vic, joins the company to play ‘Roger’. Other screen credits include Torchwood, The Sarah-Jane Adventures,Psychoville and The Borgias, whilst his stage credits include Oliver! (Theatre Royal Drury Lane), The Firework Maker’s Daughter (Sheffield) and Every Good Boy Deserves Favour (NT)

Gerry and Roger’s mum has gone missing. Well, most of her has…

The unwitting victims of animal rights activists campaigning for the freedom of the family frog farm’s slimy inhabitants, the brothers must bring in the hapless Inspector Clout to establish the whereabouts of their long-dead mother. An absurdly funny, dark comedy starring the finest comedy ensemble live on stage, Raising Martha tackles terrorism, animal rights and six-foot frogs!

Michael James Cox said, “I’m very excited and proud to be producing this hilarious new comedy along with Tom O’Connell Productions. This project has been very close to my heart for a long time and I’m thrilled to be working with such a wonderful theatre.”

Tom O’Connell said, “After our sell-out success with The Boys in the Band, we are thrilled to be working on a brand new piece of theatre with a stellar comedy cast who I know will be electric to watch in the intimate Park Theatre. We send on our best wishes to Morgana, who was a pleasure to work with, and are thrilled that the very talented and hilarious Gwyneth Keyworth is joining the family.”