Attached are images of David Walliams visiting the set of The First Hippo on the Moon. The production held its world premiere at the Royal Hippodrome Theatre, Eastbourne, where it will run until 7 January before touring to over 40 UK venues in 2017. The story is based on David Walliams’ picture book and has been brought to the stage by innovative children’s theatre company Les Petits Theatre Company. 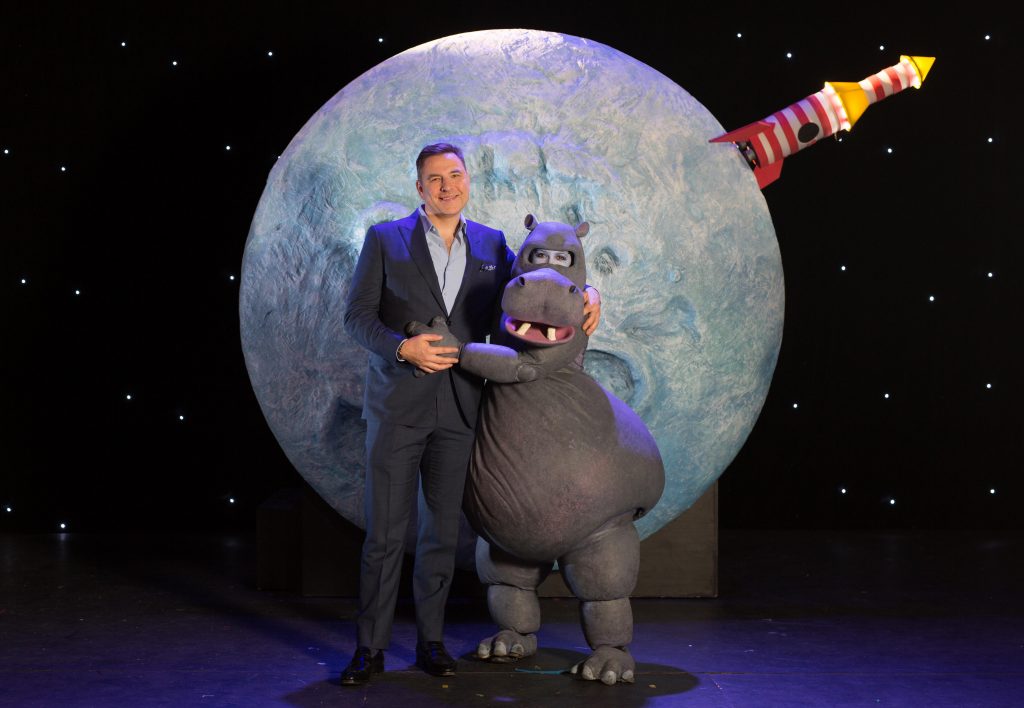 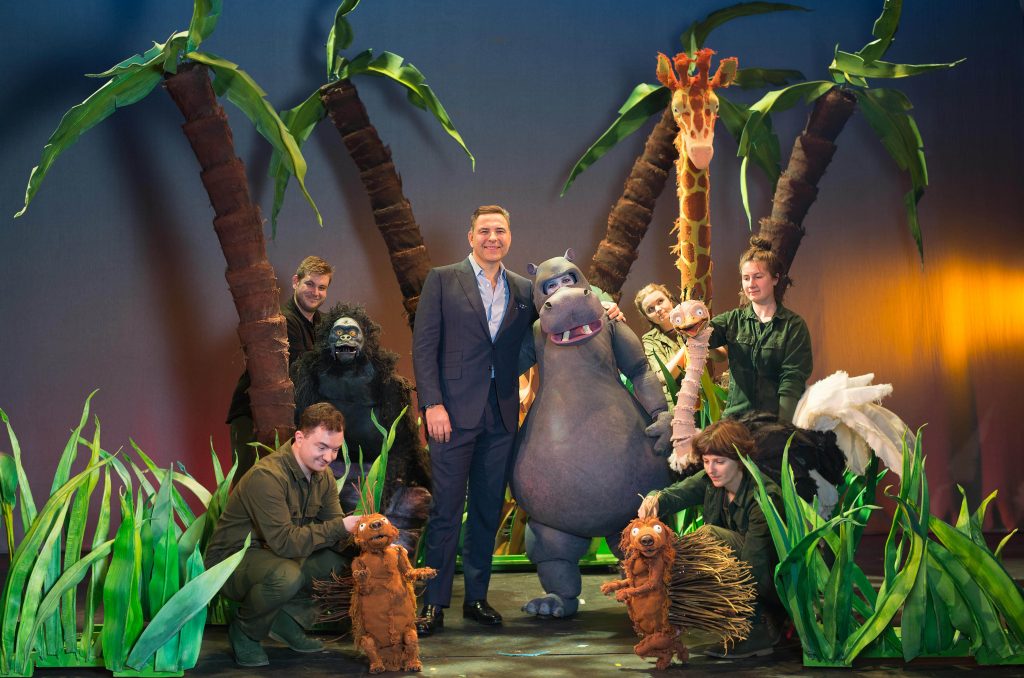