Following the success of the 2016 tour, the award-winning theatre company Cardboard Citizens has today announced additional dates for its Cathy tour, a new Forum Theatre production inspired by Cathy Come Home. Alongside well-known theatre venues, the tour will play in hostels, at Liverpool’s largest food bank in Liverpool Anglican Cathedral, a number of prisons and a library in Merseyside. On 18 January the production will be live streamed from Cast, Doncaster via Cardboard Citizens’ website as well as to hostels around the country.

Since the tour began in October this year, Cathy has been seen by more than 2,200 people, 170 of whom saw it in a hostel. In theatres, the hugely successful £1 ticket initiative has offered vulnerable and homeless people an accessible way to experience this powerful and emotive Forum Theatre piece; almost 20% of tickets have been sold at this price. Written by award-winning playwright Ali Taylor, Cathy is directed by Cardboard Citizens’ Artistic Director, Adrian Jackson.

As well as an additional performance during the sold out run at Manchester’s Royal Exchange Theatre, the production will now visit White Rock Theatre, Hastings for a pay what you like performance, with all donations for Cardboard Citizens; Lady Chapel at Liverpool Anglican Cathedral, to raise funds for Liverpool’s biggest food bank and Shelter and St. Helen’s Library, Merseyside.

Cathy will be live streamed on 18 January from Cast, Doncaster at 7.45pm by Pilot Theatre. Audiences will be able to watch at https://www.cardboardcitizens.org.uk/CathyLive. During the Forum section of the production, virtual audiences will be encouraged to join in a live debate on a dedicated comments board and by using #CathyLive.

Adrian Jackson said, “The reaction to Cathy has been overwhelming, with audiences strongly moved, angry and compassionate in equal measure. Ali Taylor’s timely and powerful play – tapping into the same zeitgeist as I, Daniel Blake and Love at the National Theatre – has now been performed to packed houses in 15 theatres and hostels across the country from Exeter to Cumbria, and afterwards each audience has offered ideas and strategies in dynamic Forum Theatre sessions.

“We are excited to be able to offer more people the chance to experience Cathy with the announcement of these new dates, offering further opportunities to empower audiences to rehearse changes they would like to see in the world we live in. We are particularly pleased to be supporting Liverpool’s biggest food bank with a fundraising performance on 11 January.”

David Morrissey, Unity Theatre patron and supporter of Cardboard Citizens, said: “Cardboard Citizens do fantastic work for excluded people, and have done for the past 25 years. I’m really pleased the Unity is able to bring the astounding show Cathy to Liverpool, which has suffered a rise in homeless people over the last few years. In addition to a suggested donation to the local foodbank, Hope+, Unity will also be collecting for Shelter, the housing and homeless charity. The charity was established 50 years ago in response to public calls for action following the release of the original TV play, Cathy Come Home. Even after 50 years Ken Loach’s story is still very relevant today so please give generously.”

First broadcast in 1966 on the BBC, Cathy Come Home depicts a young family’s slide into homelessness. The first screening of the film led to public outrage at the state of housing in Britain and became a defining cultural landmark, demonstrating the power of art to effect social and political change. 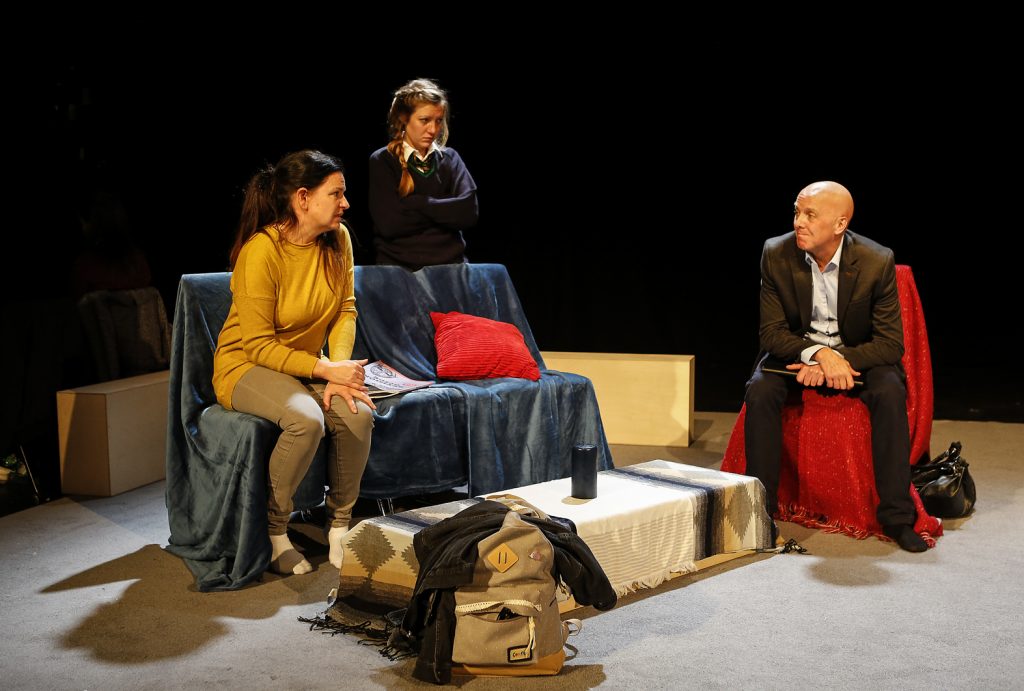 Cardboard Citizens continues its exploration of the state of housing and homelessness with Cathy, its new critically acclaimed Forum Theatre show by award-winning playwright Ali Taylor (Cotton Wool, OVERSPILL), and directed by Cardboard Citizens Artistic Director Adrian Jackson, exploring how life might be for a Cathy today. Based, like the film, on true stories, this timely reflection looks at the social and personal impact of spiralling housing costs and the challenges of the forced relocation out of London experienced by many people on council waiting lists.

Cathy was researched with the support of housing and homelessness charity Shelter and each performance ends with an interactive debate in classic Forum Theatre style.  Forum Theatre is an interactive style of theatre that empowers the audience to change the outcome and have their say on one of society’s most topical subjects today – every show is a unique experience. The audience are encouraged to suggest how different courses of action might affect the outcome narrative and, in a final section of debate, to suggest laws which might ameliorate the situations the character find themselves in. Audience members can be actively involved or simply sit back and watch -as the story is rewritten in front of them.