‘I was waiting for a play date with my daughter on Fulham Common when the planes were flying over us’, Stuart Slade, writer of the critically acclaimed BU21 remembers, ‘and my daughter (now 6) turns to me and asks ‘Daddy, what would happen if one of those planes crashed?’’. It was at this moment when the show, dealing thoroughly and comprehensively with the topic of terrorism in modern cities by imagining a shot-down aircraft colliding with West London, came to the writer.

‘Terrorism is everywhere – all you have to do is look on TV every day and there’s another attack. It’s undeniably there’. Through his studies of the events in Ukraine, Lockerbie and, perhaps the closest to home, 7/7, Slade coaxed out an icy paradox at the heart of responses to these attacks – they created a distinct form of solidarity, while also marginalising minority groups. ‘Trauma can bring people together and divide them’, as Slade sees it – two sides of the same coin. This is made all the more pronounced in the modern age – the Ukraine attacks, Slade remembers, saw harrowing and often graphic images all over social media – it was here that some of the plane’s victims found out about deceased relatives.

It’s strange, therefore for such a dark subject to also be injected with some vibrantly funny moments – almost anachronistically so. ‘I don’t think I’ll ever be as terrified as on the press night for BU21’, Slade recalls, when the show opened at Theatre503 back in March: ‘it could have been career ending’. Of course, it wasn’t – earning rave reviews and audience approval, combining dark, bleak humor with suffering and healing. The show took on extra symbolic relevance when, midway through its run, Brussels saw one of the largest attacks on European soil, the biggest terrorist act committed in Belgian history. BU21 is a show that, though with a local, London orientation, has an international pertinence, having now been performed in Italy, Spain, with Australia and Germany to follow. Slade acknowledges that, despite the fact the show is about terrorism, it’s also about the human stories that come before, during and after – something that isn’t ‘fictional but incredibly natural. How disparate individuals cope’. 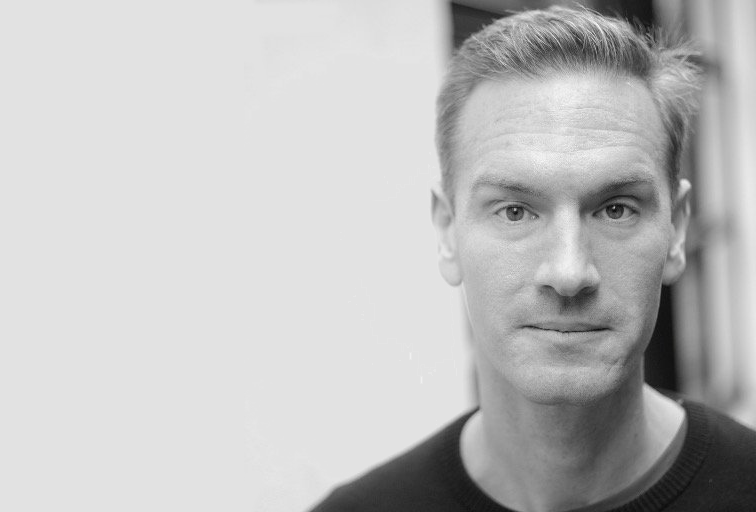 But this is just one facet of the show – it also sees a deep sense of introspection and audience interrogation, in a near-metatheatrical sense. The way Slade puts it – ‘we watch a lot of Kane and Shakespeare and the horror there is supposed to be cathartic – I never understood that. If we’re complicit with horrors on the stage, then we have to acknowledge it – otherwise it can sometimes become nothing more than misery porn.’ It’s a clear concern and one that Slade deals with comfortably, having one character break the fourth wall a certain time into the play and begin asking why exactly audiences have paid to see such a show, considering its content. It’s a bold sentiment, and one that theatremakers need to continue to ask themselves.

As for the UK’s adaptation, the show is about to be transplanted from Clapham’s Theatre503 to the central Trafalgar Studios – an exciting development for the project and the first time Slade has performed in the centre. ‘It’s a massive step moving to the Trafalgar – it’s interesting as the whole area feels more politically charged. The thrust stage is different to Theatre503’s end-on stage. Half way through the play the audience begin notionally inhabiting a PTSD group so it works there – the audience feel more a part of the show than ever.’ Slade’s nerves are eased somewhat by the fact that he’s still working with the same creative team, including 5 of the 6 original performers and director and long-term collaborator Dan Pick.

Despite the transfer to the centre, Slade is keen to emphasise just how critical Theatre503 was both to his own success and that of the show. ‘I started writing plays about 4 years ago’, he notes, ‘I didn’t want my daughter thinking I only wrote commercials’. Theatre503, especially the work of the likes of Steve Harper and the Rapid Response Sessions at 503, helped Slade find both his voice and, more importantly a team. They’ve been, in a nutshell, ‘massively supportive…people care. It’s the best place to do your first show’. The physical venue itself also gave the play something unexpectedly apt: ‘the thin walls, letting in the sirens of police cars and ambulances, gave the show a sense of immediacy’ – producing the relevant tone and impact no doubt.

BU21’s move to the Trafalgar Studios is an exciting prospect, one that will no doubt invite a new generation of theatregoers to collaborate in his strikingly important world and hopefully, begin to question some of their assumptions regarding terrorism and the trauma that ensues.

BU21 opens at the Trafalgar Studios from the 4th January.