Review of: Half a Sixpence at the Noel Coward Theatre

The correct tone of charm and reckless abandon allows Half a Sixpence to carve out its niche.

Even in these direr of times, Julian Fellowes seems to have the unerring knack of warming our cockles, soothing our ails with plush, twee stories of times gone by, filled with exuberant romances and witty circumstances. His successes with Downton, Titanic, more recently in School of Rock, have turned his shows into landmark events of West End theatre – putting a new player on the central London billings for a few months.

Half a Sixpence has taken this exuberantly positive mentality (again, somewhat anachronistic given the current global circumstances) and run with them, introducing us to a bombastic experience of sights, sounds and exceptional choreography. The play has had a direct transfer from Chichester and the momentum is clear to see – the cast bounding across the stage with an unlimited sense of excitement. The newly discovered Charlie Stemp as the central role of Arthur Kipps is a particular ball of energy – likeable and boyish yet always on the right side of charm.

The plot is, though rarely rudimentary, by no means complex. Kipps, gifted with a fortune, is now thrust into a position of having to choose between two women – both, for sure, sympathetic, likeable human beings – though both from very different social circumstances. The commentary on class seems almost like a lovable tribute to our most beloved G&S rather than an actual meaningful discussion. 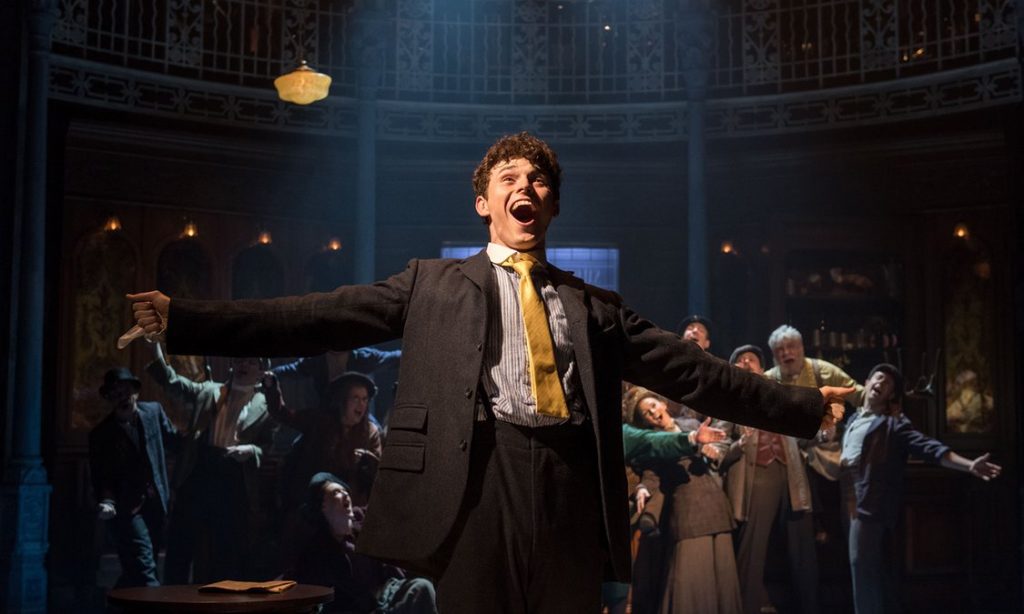 There is a ‘but’ to proceedings, and it is a rather big ‘but’. The whole cast, all 30 performers, are white (feel free to check the Cast page on their website to make sure) in what seems to be one of the least diverse casting decisions of modern memory. Going over the play this feels entirely unnecessary – there are a number of characters that could easily have been portrayed by people of colour – the fact that none are is almost staggering. There is a serious issue here that needs to be addressed – a telling sign of the mentality of some of the West End’s leading producers.

It was hard to go beyond this, but it is worth offering praise in some areas – Andrew Wright’s choreography, for instance, was an exciting visual treat, with some recurring motifs, always engaging, exciting and, pivotally fun. The same can be said of the design for the show (across the board) – never feeling like it needs to overdo itself, though also always creating the correct tone of charm and reckless abandon that allows Half a Sixpence to carve out its niche.