Review of: An Inspector Calls at the Playhouse Theatre

This is a resounding piece of landmark theatre and, like all good landmarks, deserves to be revisited at regular occasions.

Stephen Daldry is truly reigning supreme right now (pun intended). Helming Netflix’s The Crown, the platform’s biggest financial endeavor to date, has gifted the director rave reviews, particularly his treatment of the relationship between the central monarchical couple. Turning his gaze back, therefore, to one of the most subtly socialist works of the twentieth century is an exhilaratingly left-field choice for the director (who oversaw the staggering redevelopment of the Royal Court in the 1990s), especially when his adaptation of Priestley’s work has now seen a number of iterations over the last couple of decades.

What Daldry continues to recognise however, is that as much as An Inspector Calls has now taken its place among the roster of dusty English language plays (confined to the GCSE set texts where it rubs shoulders with the likes of Earnest and Streetcar) there is truly something entirely subversive at the heart of the play – something that he is keen to coax out. It can be seen from the moment the curtain comes up – Ian Macneil’s set now suspending the Birling’s lavish room precariously from a scaffold, the characters almost on trial (Sheila Birling even comments on how the Inspector has given them the rope to hang themselves with). As it did in the early 1990s, here it frees up the play, giving it a barren, liminal environment of cobbled stones and cracked pavements to explore and digest the character actions and underlying themes.

From there, the texts plays out with its inevitable tragedy, reminding us of the thousands of Eva Smiths, John Smiths, that consistently see their lives undermined and suppressed by property-owners and self-obsessed individuals vying for knighthoods and social standing. It all feels all the more pertinent now the oak-panelled set has been deliberately eschewed. 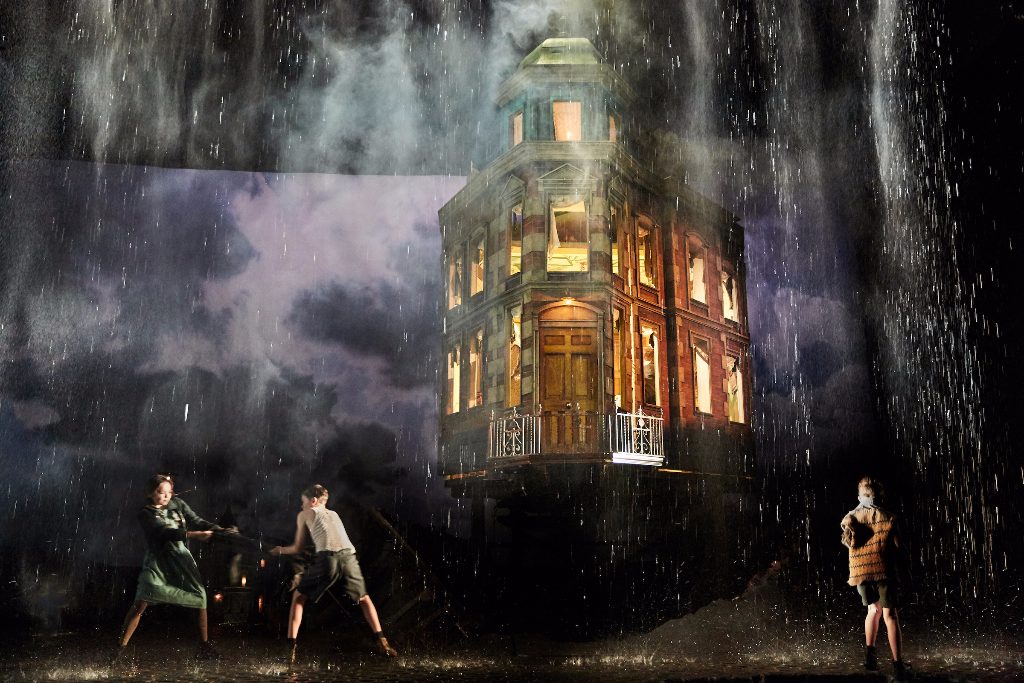 An Inspector Calls by J B Priestley

Instrumental to the success of this particular revival is Liam Brennan’s central Goole – never the aloof, reserved gentleman that haunts the local lamppost, but here vibrant, humming, frustrated and, instrumentally, alive. Having seen Brennan’s turn in Diary of a Madman over the summer, seeing him come to the West End is an exciting treat – here is an actor that will have an invariably successful time in the coming few years. Around him Daldry amasses a legion of the forgotten, of the scorned, those left out in the cold by war and social persecution.

The remainder of the cast acquit themselves splendidly – building upon Priestley’s established figures, willing to both subvert and characterise these characters archetypes. Special mention must go to Barbara Marten – at first some ice-hewn figure but then slowly melts as the show progresses – the strangest notion of captivating.

At times, it all feels rather anachronistic in the ornate Playhouse – the eventual cramped wasteland feeling at odds with the interior design – it is obvious why the play succeeded so magnificently on the National’s stage. Perhaps a venue like the New London may have been more apt in giving the show the space to flex its muscles. Either way, this is a resounding piece of landmark theatre and, like all good landmarks, deserves to be revisited at regular occasions.