Review of: This Little Life of Mine at the Park Theatre

With a new script and some more innovative structure, The Little Life of Mine could really tell something lose to an interesting story.

New musicals are always an intriguing prospect in London Theatre. With theatrical innovations coming thick and fast (a look at Lazarus, or before that Groundhog Day will say as much), there is a bedrock of inspiration across the city – one that This Little Life of Mine was easily capable of tapping into. This a show about London lives, London relationships and London issues – across a backdrop of metropolitan bustle and the casual bottle of wine to pass away an evening.

Yet for all of this, This Little Life of Mine bears few hallmarks of the theatrical innovation that typified so many of these shows (especially some at the Park in the last year) – a set of domestic circumstances that, though certainly weighted (attempting to tackle issues that have been, again, aptly portrayed at the Park recently), never felt well executed. A lot of this was due to Michael Yale’s book and show structure – particularly the song placement (often ending a scene, rarely advancing the plot and simply existing to reflect on events and sentiments (somewhat reminiscent of a moment from a recent parody)).

It’s a shame that Yale’s book flounders when there’s certainly some talent both onstage and from the musicians – delivering solid musical interludes at regular intervals. Acting wise, it’s Greg Barnett’s multi-roling and comedic versatility that steals the show – chipping in for the sporadic scene to bring energy and vibrancy in a script that can get bogged down in the central relationship. Indeed, the show could have worked if the central pairing had scenes that allowed them to display any form of chemistry, but it felt that, near-consistently, Kate Batter and James Robinson were battling to try and bring something real to their coupling. 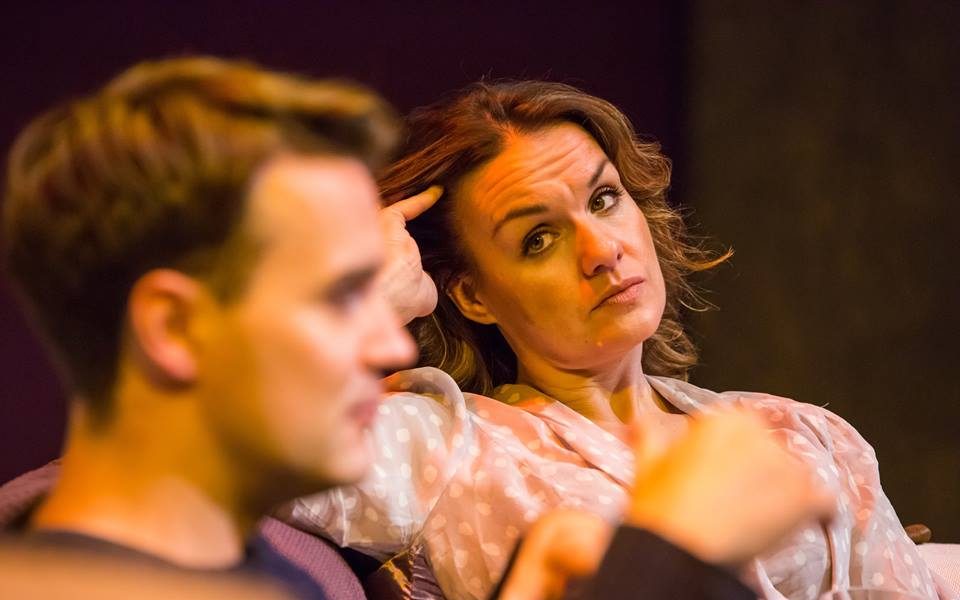 Fundamentally, this was a show that needed a believable, realistic script to make it interesting – and Yale didn’t deliver the naturalism necessary. The focus-on-a-single-couple concept is entirely feasible – it has already worked for shows like The Last Five Years, where the emotional connection is resounding and tear-jerking.

It was sad to see, especially with a set design that’s almost as innovative in its use of space as the modern London flat – we move from domestic environments through to locals bars and coffee shops with ease. The show’s triumph comes in the dying moments, Kate Batter alone, finally able to provide some gravitas before a superb piece of projection. With a new script and some more innovative structure, The Little Life of Mine could really tell something lose to an interesting story.