Review of: Spring/The Last Dance at the Theatre Room

Having recently experienced the double Berkoff bill at the Trafalgar Studios (which also saw a sea-side setting, plus bench) returning to the setting felt like a familiar sea breeze across the skin – comfortingly familiar and pleasantly refreshing. Indeed, Spring & The Last Dance, the two single-act plays currently playing at the Theatre Room, Fredericks Place, was a cathartic experience, bringing two stories that, while never aspiring to be groundbreaking, were nicely executed and passed along with a warm jollity.

Susan Hill’s Spring, a monologue from a newly graduated actor Portia Van de Braam, was full of an energetic exuberance, giving the character of ‘Girl’ a worn naivety, all limbs and bluster. It was a magnetic 35 minutes of a single performance, located in a quiet, coastal town. All the while, Sally Faulkner sits beside this Girl – the Old Woman, reacting, comforting, nodding – an unmovable figure that the Girl seems consistently compelled to move. The issue with Harry Burton’s direction here comes from the static nature of the scene – Van de Braam seemed to stand up at regimented intervals without provocation, does a lap of the stage, before returning to her seat. Given the nature of Hill’s text, a static scene was perhaps going to be inevitable, but something more creative could have had a much more significant impact. 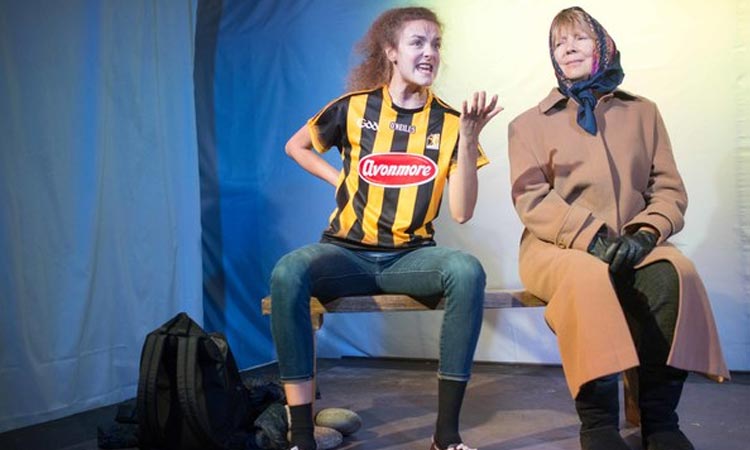 The other side of the interval saw Sally Faulkner granted some lines (though often as little movement) – in Mitch Hooper’s The Last Dance. A quaint two-hander from an ageing couple, languishing perhaps in the dying embers of what was clearly once a fiery and passionate relationship. Hooper writes confidently, filling in the lives of the pair while never feeling overly exposition heavy. The laughs were also a welcome arrival after a more solemn, intense opening performance. David Mallinson gives the easiest performance here, calm, serene in the face of a dying wife. Some elements added slightly too much clunk to the pacing – especially the ‘asides’ that oscillated between the characters over the course of the scene. The lighting changes here were slow – meaning often unwieldy gaps disrupted the performance and left it feeling off-kilter. Perhaps this could be cleaned up with time.

Quaint, nice, pleasant are all words peppered through this review, and indeed seem to sum up the show well. Certainly the show had hiccups, but there was an easygoing feeling to the overall experience.