Review of: La Boheme at the King's Head Theatre

Truly a La Boheme for our times. Updated lyrics, a modern setting and a perfect use of humour and pathos make this a great example of how to put on great opera in a small venue.

La Boheme is a well known fixture across the London opera scene, having last year been performed at the Royal Opera House, with Opera Up Close having a toured a stellar production over the last half decade. Following that success it might seem strange to present another modern take on the late-nineteenth century opera by Puccini, but that is exactly what the King’s Head has done, and the result is, arguably, entirely triumphant. The updating of the story, where Mimi is a drug addict, makes the drama still more relevant, with the adaptation of the libretto an opportunity to generate much more humour and pathos than previous productions could. Some of the changes may be somewhat clunky, such as having the artist Ralph (Rodolfo to opera buffs) use an ipad, and others do not translate to a modern setting as effectively; Mark (Marcel) still sacrifices his written work to provide heat for their Dalston flat, but this does not detract from a production that has a fresh pertinence for a modern audience.

As ever at the King’s Head, a spare set, a small cast and simple musical accompaniment (just a piano and a cello) allows us to feel very much a part of the action. This is enhanced by the cast negotiating their way through the audience and interacting with them as they do. This reaches an extreme when Musetta seduces a “sugar daddy” on the front-row, so that instead of the landlord of the original plot we have a member of the audience, which creates a number of comedic opportunities while provoking a delicious collective discomfort for those sitting nearby. 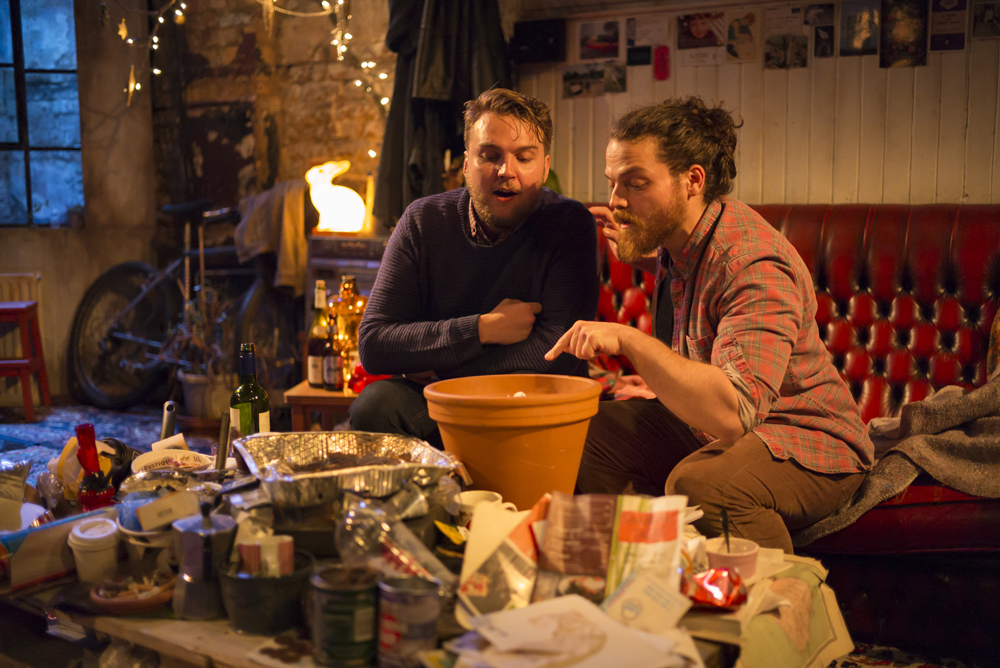 There is a danger that the first act plays for laughs a little too much, and that the second act could struggle to generate the tragedy and despair that is the real strength of La Boheme. However, these fears were not realised – the power and poignancy of the opera is still retained and may even be enhanced by the swings in emotions that this production creates. The reason that this is possible, and that we don’t slip into farce, is down to the quality of the singing and acting. In particular Roberto Abate is a very impressive and powerful Ralph, Stephanie Edwards deteriorates before our eyes as Mimi, and Caroline Kennedy is a delight is as the “tart with a heart”, Musetta. Sadly, the run at the King’s Head has been all too short, so you are going to have to wait for them to restage it, here or elsewhere. Judging by the reaction of the audience, you will not have to wait for too long.