Tonight, Piñata says farewell to its beloved venue Shutterbug with a bang. This playful comedy party-slash-scratch night has provided a home for alternative comedians such as Ben Target, Alice Devlin, The Story Beast, Dan Lees and Neil Frost, Max & Ivan and more since September 2015. However, the venue is closing shop and moving South in a noise-complaint dispute – another example of the narrowing of North London’s diverse nightlife. 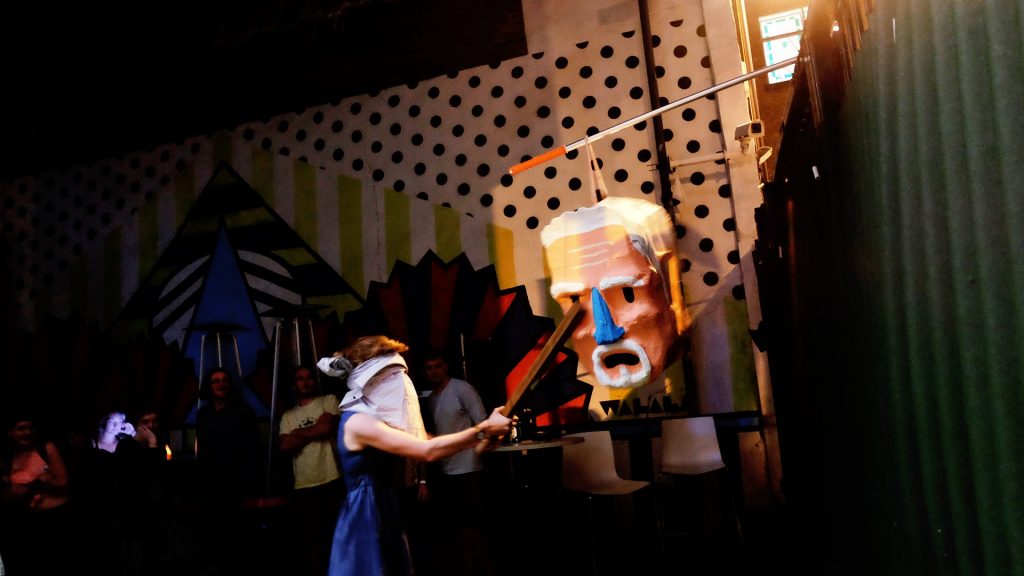 To celebrate a fantastic year – and four years for Shutterbug – Piñata is sending off the venue with style with its largest “piss-clad pithy performance party perferated with pre-prepared parade partakers” yet. Tonight’s lineup includes:

Tickets are extremely limited: get yours here. However, if you can’t make tonight, Shutterbug is holding its own Friends and Family Farewell Party on the 28th – details here.

Everyone at Theatre Bubble wishes Piñata the best of luck, and looks forward to the housewarming party!