Review of: Buzz: A New Musical

It’s hard to explain Buzz without ruining the joy of surprise, or giving this review a NSFW rating, but here it goes. Buzz tells the story of a 20-something’s quest for self-love rather than douchebag-love – only, here it’s interspersed with the long overlooked history of the vibrator. From caves to clubs, the show is saturated with that oldest of taboos, female sexual pleasure. An all-singing, all-dancing, all-sassing affair, Buzz touches on issues that are deeply important but has you peeing yourself a tiny bit with laughter at the same time. It’s Bridget Jones, meets Miranda Hart, meets the best sex education you’ll ever have. 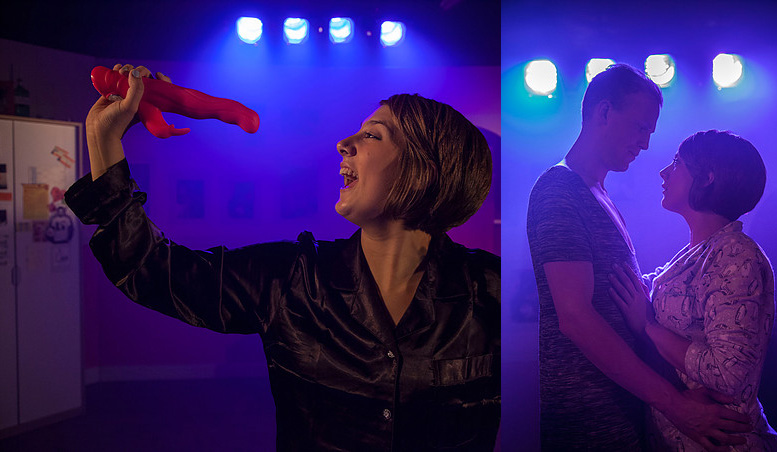 Full credit goes to the small but perfectly-formed cast, who are doing costume changes at a rate of knots and performing musical numbers so intense that they put professional athletes to shame. Some of the lines are a little jumbled and so miss their mark, but this can hardly be read as a criticism when the audience is snorting and choking with giggles. It’s also worth noting that there is a very particular kind of bravery required to execute some of those scenes – that really is the only way I can put it.

So yes, this play is political. Its message is in fact so right-on that many of the women in the audience look like bobble-headed dolls they’re nodding so much – but that doesn’t mean you won’t have fun. Because much like its namesake that’s what Buzz is, utterly filthy fun, and a little feminist education never hurt anyone.

There’s a week left of Buzz’s extended run at The Drayton Arms and I cannot recommend it enough. You should sell your own grandma to get tickets, but unless you have a very strong relationship don’t take her with you to see it.