The Bush Theatre’s production of The Royale by Marco Ramirez will open at the Tabernacle in Notting Hill in November. The Royale returns following the UK premiere and sell-out run in spring 2015 and will again be directed by the Bush Theatre’s Artistic Director Madani Younis. Previews begin on 3 November

Written by award-winning American writer Marco Ramirez (Sons of Anarchy, Orange is the New Black), The Royale runs from 3 to 26 November. The production will be staged at The Tabernacle in Notting Hill as the Bush Theatre undergoes a major redevelopment of its building. The venue, a former church, swinging sixties hang-out, community centre and, more recently, a training ground for young boxers, continues to host amateur boxing matches to this day.

Jay ‘The Sport’ Jackson dreams of being the undisputed heavyweight champion of the world. But it’s 1905 and, in the racially segregated world of boxing, his chances are as good as knocked out.

Told in six rounds and set in a boxing ring, The Royale is inspired by the often overlooked story of Jack Johnson, a boxer who – at the height of the Jim Crow era – became the most famous and the most notorious black man on Earth. 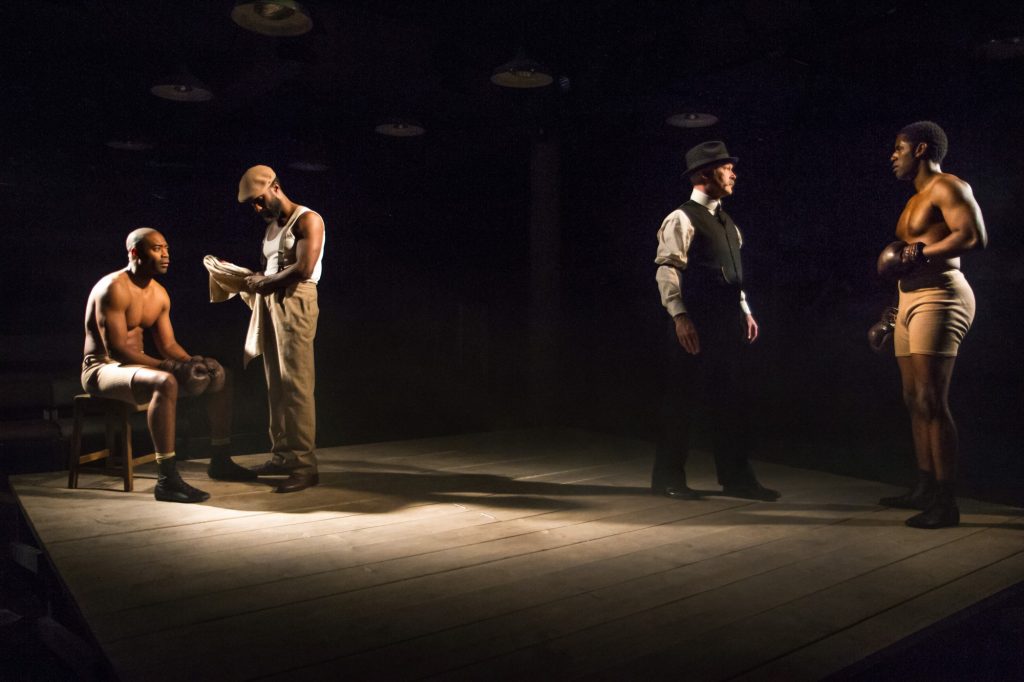 Through the sights and sounds of the early 20th century boxing circuit, The Royale examines society’s relationship with our present-day cultural heroes and the responsibilities that are thrust upon them when they find themselves outside of the ropes.

The Royale is loosely based on the real-life story of Jack Johnson, whose story is one of great talent and triumph, but also racism and injustice. Despite Johnson being one of the greatest fighters who had ever lived, one newspaper wrote at the time of his first title fight: “If the black man wins, thousands and thousands of his ignorant brothers will misinterpret his victory as justifying claims to much more than mere physical equality with their white neighbors.”

This Place We Know, the Bush Theatre’s current season of work, is currently running on the Uxbridge Road, until 15 October. The programme of work will see six world premieres of specially commissioned plays produced in six borrowed, non-theatre spaces across Shepherd’s Bush.