Review of: Things I Know To Be True

Things I Know To Be True, written by Andrew Bovell, is frequently a masterful tour-de-force. The opening monologue, delivered by Kirsty Oswald with a stoic delicacy, sees the company quite literally spring to life – a concert of harmonised lighting, physicality and dialogue making for a visual feast.

Going into the Lyric Hammersmith on Friday evening, there was an air of excitement – something bold was about to be conducted. Frantic Assembly’s set, decked with naked lightbulbs hung from lengths of cable like some series of jungle-esque vines, only amplified this feeling. Here was a renowned company ready to perform their latest work. 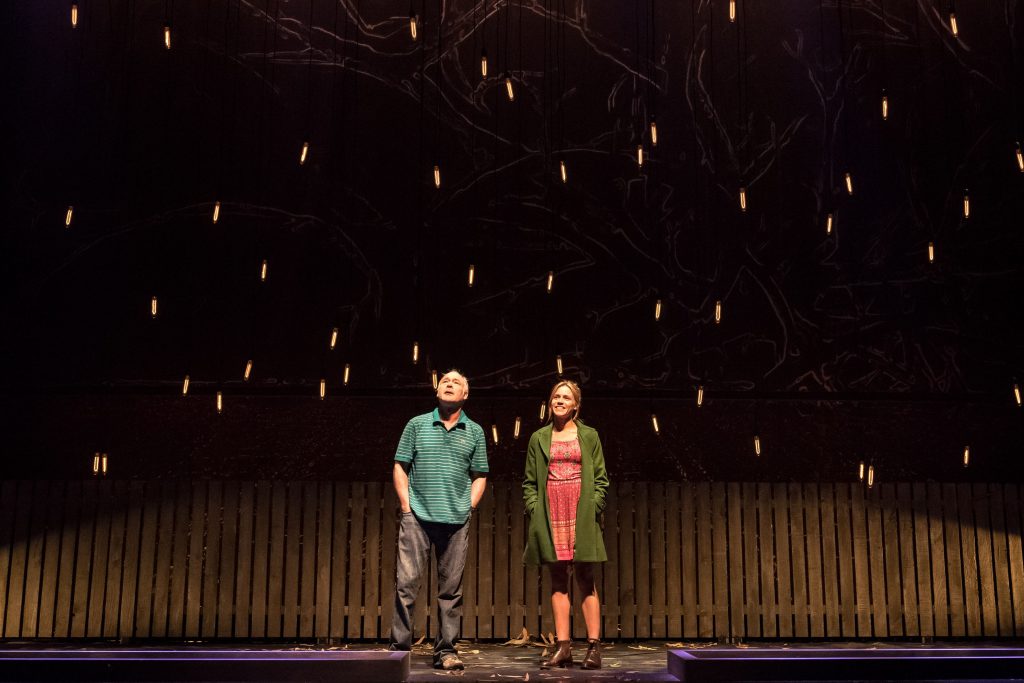 Indeed, Things I Know To Be True, written by Andrew Bovell, is frequently a masterful tour-de-force. The opening monologue, delivered by Kirsty Oswald with a stoic delicacy, sees the company quite literally spring to life – a concert of harmonised lighting, physicality and dialogue making for a visual feast. We are wowed by the story – one of a family in crisis, hinged on a turning point as children finally fly the nest and learn about the difficulties of the ‘real world’.

Bovell guides us (often rather sequentially) through the issues of the family of six – questions of gender, fidelity and fraud are all put on show before tidily resolved with a melancholic finale. It is the matriarchal character of Fran, played with a sense of easy power by Imogen Stubbs, that triumphs above all others – she is the lynchpin of the family, instigated and resolving moral crises with a snap decision or an even snappier retort. These are flawed, difficult characters, each given their moment in the spotlight before receding back into the ensemble. 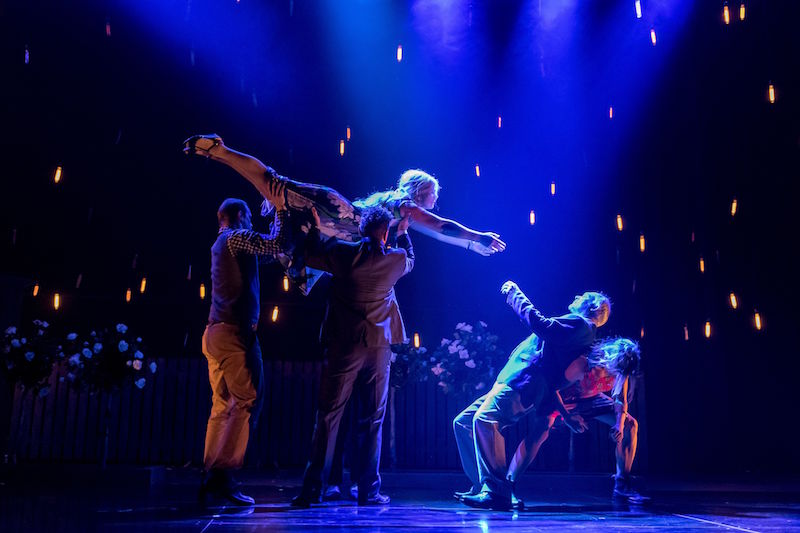 The physicality that Frantic Assembly are so renowned for felt somewhat awkwardly placed at times – placed often sporadically rather than consistently used for emotional or thematic effect. There were indeed some beautiful physical images, but these sometimes book-ended long, dialogue-heavy sections that meant the two felt somewhat anachronistic. That said, the cast’s ability to perfectly synchronise set movements and chair slides is to be entirely commended for a specific scene in the performance.

Bovell has constructed a context laden with all the contemporary issues, creating a family dynamic replete with conflict and contrast – a son obsessed with financial income set against a father seeing income only as a means of familial facilitation. There are the subtle hints at class division, but sometimes this comes across as slightly too hamfisted and episodic – by the start of the second act we’re almost waiting to guess who will have the next great personal issue that needs resolving.

Among this script stands some wonderful performances beyond that of Stubbs – Natalie Casey’s eldest daughter Pip brings a blistering realistic performance, while quiet yet contented father Bob from Ewan Stewart is a calm hand on the tiller through choppy waters. This is an assured show, capable of shrugging off some flaws through a powerful vision.