With sales of 31 million in 60 languages worldwide, Khaled Hosseini’s award-winning tale of friendship, betrayal and redemption is coming to the West End in a thrilling stage production

Adapted into a stunning stage production that has already mesmerised audiences across the UK, The Kite Runner is to transfer to the West End for a strictly limited 12-week season at Wyndham’s Theatre from Wednesday 21 December – Saturday 11 March.

Afghanistan is a divided country on the verge of war and two childhood friends are about to be torn apart. It’s a beautiful afternoon in Kabul and the skies are full of the excitement and joy of a kite flying tournament. But neither Hassan or Amir  can foresee the terrible incident which will shatter their lives forever.

Khaled Hosseini said: “The Kite Runner is a story that appeals to very powerful, universal human emotions, it transcends its cultural setting, its geographic parameters, and speaks about universal human experiences – brotherhood, being a father, being a son, friendship, the desire to be a good person and be able to look at yourself in a mirror with a sense of self-respect.”

The cast is headed by Ben Turner, best known for playing Staff Nurse Jay Faldren for three years in BBC1’s Casualty. He said: “There’s something almost Shakespearian about this story, the things it deals with are so big. It’s betrayal, revenge, redemption. We all make mistakes, we can all look back and think I shouldn’t have done that. This story embodies that. On stage, the story can’t help but suck an audience in. You can hear a pin drop and weeping in the audience. People are obviously deeply affected by it.”

The Kite Runner, published in 2003, was Khaled Hosseini’s first novel. It became an instant bestseller across the globe and has since been published in 70 countries, selling 31.5 million copies in 60 languages.

The book tells the story of Amir, a young boy from the Wazir Akbar Khan district of Kabul, whose closest friend is Hassan, his father’s young Hazara servant. The tale is set against a backdrop of tumultuous events, from the fall of Afghanistan’s monarchy through the Soviet invasion, the exodus of refugees to Pakistan and the United States, and the rise of the Taliban regime. It charts a friendship that spans cultures and continents and follows one man’s journey to confront his past and find  redemption. 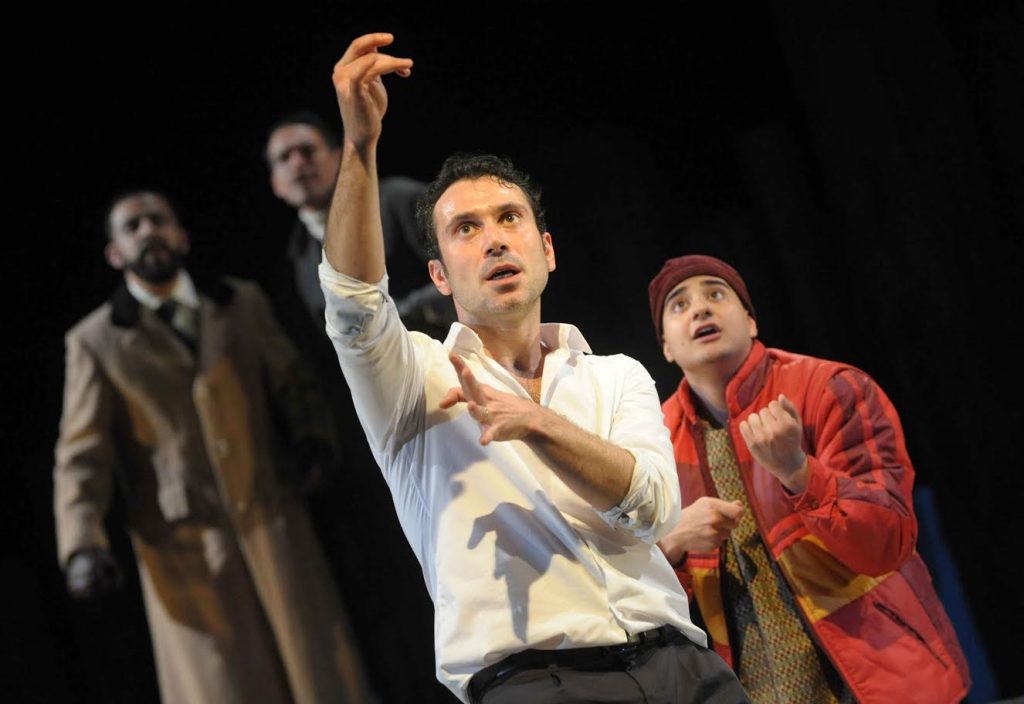 In 2013, Nottingham Playhouse and Liverpool Everyman and Playhouse pulled off an extraordinary theatrical coup and secured the rights to stage the European premiere of The Kite Runner. The subsequent production toured the UK and was hailed as a theatrical tour de force by both the public and critics.

With a script completed before the release of the feature film adaptation, the play was first produced in San Francisco in 2009 by The San Jose Repertory, and won five San Francisco Bay Area Theatre Critics’ Circle Awards.

Director Giles Croft said: “Following its huge success in Nottingham, at the Brighton Festival and across the UK, I’m delighted that The Kite Runner is transferring to the West End. The power and relevance of this timeless story doesn’t diminish. I am looking forward to seeing the reaction of the audience to this production in London.”

Gemma Bodinetz, Artistic Director of the Liverpool Everyman and Playhouse said: “After delighting and moving our audiences in equal measure we feel sure that The Kite Runner will be a remarkable addition to the West End and are very proud to be associated with it.”

Ben Turner (Amir) led the company for the UK tour of The Kite Runner. His other stage roles include Michael Grandage’s productions of Richard II and Caligula (Donmar Warehouse), Maiden Voices from the Uprising (Royal Court), Awake and Sing (Almeida). He was King Louis in the Dr Who episode The Girl in the Fireplace, and was in the films 300: Rise of an Empire and Adulthood.

The Kite Runner is adapted by Matthew Spangler and directed by Giles Croft. It is produced in the West End by Martin Dodd for UK Productions and Derek Nicol & Paul Walden for Flying Entertainment, and was originally produced by Nottingham Playhouse and Liverpool Everyman and Playhouse.