Review of: Story of our Youth: A Diamond Gala Celebrating 60 Years of The National Youth Theatre - Shaftesbury Theatre

With stunning performances from both beloved and aspiring actors, the National Youth Theatre's 60th Anniversary Gala 'Story of our Youth' at the Shaftesbury Theatre was a decadent display of the organisation's momentous cultural impact.

With Story of our Youth: A Diamond Anniversary Gala, the National Youth Theatre presented a once in a lifetime event to celebrate their 60th anniversary. Featuring some of the biggest names in film, television and theatre who once performed as part of this illustrious organisation, the night was an utterly resplendent and understandably self-appraising display of six decades’ worth of their cultural influence, and a demonstration of the decades of artistic potential yet to come.

For those of you who, like me, were unaware that the National Youth Theatre was sixty years old — a brief history lesson. The company was established in 1956 by Michael Croft as the world’s first youth theatre, and has since gone on to nurture and showcase the talents of a multitude of famous faces, including Dame Helen Mirren, David Oyelowo and Daniel Craig. It was evident from the many live and recorded cameos during the show just how many exceptional actors have emerged from this renowned organisation: Timothy Dalton performed an invigorating excerpt from Antony and Cleopatra; Matt Smith randomly appeared in one sketch to provide a much-expected, and very much appreciated, Doctor Who reference, before launching into an impassioned turn as ‘Thomas Becket’ in Murder in the Cathedral by TS Eliot, a role which earned him critical acclaim with the NYT while a member in 2002. Matt Lucas almost ran away with the entire show — and he was not even present in the auditorium. Via pre-recorded message, Lucas re-enacted his rousing role as ‘Stage Hand Who Moves Chair’ from The Tempest (a pivotal responsibility in Shakespeare’s later work) to the raucous applause of the whole theatre. With such captivating performances as these, how on earth were the young members of the company supposed to compete? 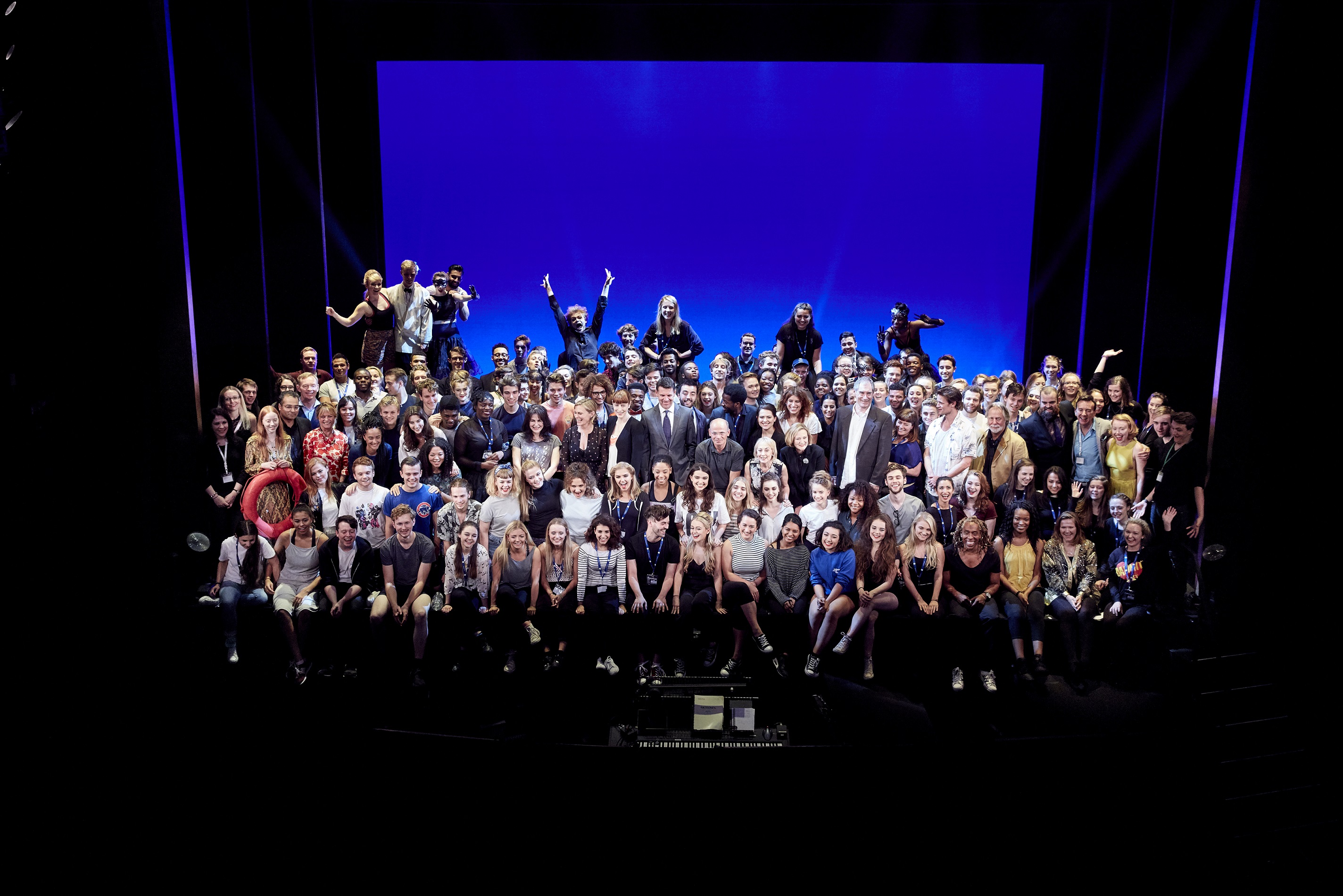 It is often easy for one to forget that exceptional talents such as Timothy Dalton, Matt Smith and Matt Lucas were once first-time performers, treading the boards without much stage or life experience. While watching the various musical numbers, dance sequences, sketches and scenes, it was clear that, although the audience might not be witnessing the polished, professional qualities of experienced thespians, we were seeing something just as wonderful: raw and dynamic natural talent. A particular mention must be given to a young actor who portrayed a 1980s variant of ‘Bottom’ from A Midsummer Night’s Dream. Caterwauling his own version of ‘Karma Chameleon’, clutching a ukulele and revelling in his Boy George garb, his comedic timing seemed effortless, and his passion and vigour for the role only made his performance even more endearing. There were many, like him, who enveloped the stage with their captivating presence, whether they were acting, dancing or performing intensely emotive musical renditions. Unfortunately, there were no specific cast lists available after the show, so I am unable to give sufficient credit to these exciting young performers — an immense pity.

Though some individual performances were something to behold, there were some overarching problems throughout Story of our Youth which can be summarised in a word lovingly used by the NYT’s Artistic Director and Chief Executive Paul Roseby: ensemble. The sentiment itself was not problematic; the fact that the NYT regularly endeavours to provide as much stage time as possible to its entire company simply proves their integrity as a youth organisation. However, there were nearly one hundred NYT members included in the production, and it was in scenes where a hefty number of this cast were used, that the show began to suffer in terms of quality. This was particularly apparent in an excerpt of the NYT’s 1967 original production Zigger Zagger by Peter Terson; depicting the electric audacity of football hooliganism, a horde of young actors stormed the stage to exhilarating effect, but Terson’s words were mostly drowned out once they began to attempt to speak in unison. If they had managed to speak the lines in rhythm with each other, the impact would have been astounding.

In addition to this, Story of our Youth had some minor, but unfortunately frequent, technical problems, as the opening lines of many scenes and songs went unheard as microphones were not switched on in time. Although these problems were very quickly corrected, this was very unfair for the young actors, who had to unnecessarily claw back the momentum and energy lost during these audio faults. To their credit, they achieved this with an admirable professionalism and composed demeanour that many as adults find difficult to master.

The National Youth Theatre has, in the past couple of years, widened their age bracket from 14-21 to 13-25, ever-expanding their scope in order to acquire the very best in young acting talent. Their membership does not necessarily lead to success, but by providing opportunities such as Story of our Youth, this certainly seems like a good place for any performer to start their career. For their diamond anniversary, NYT presented the crowning jewels of their sixty years, as well as their diamonds in the rough. However, though the poetic symmetry of this statement was an opportunity too indulgent to ignore, this idiom does not fully reflect the measure of talent that graced the Shaftesbury Theatre’s stage. It seems that the only thing standing in the way of these young actors — is luck.