Theatre Bubble: This musical is adapted from Elmer Rice’s 1922 play of the same name. What is it about this material that makes it relevant and ripe for rediscovery?
Joanna Kirkland: The Adding Machine tells the story of Mr Zero who kills his boss after he is fired and replaced by a machine. It was described by J Stein as  “A play of general social protest putting on the stage a vision of a dehumanised mechanical society dominated by commerce” – to me the material seems totally relevant today when technology has become such a crucial part of our every day life and we actually see people being replaced by machines. We do live in a society dominated by commerce, we are surrounded by marketing and opportunities to shop, especially on the Internet – which is the biggest machine of them all. So Elmer Rice was predicting a future we now live in which makes it very interesting for a modern audience.

The play is an expressionist satire and Expressionism as a genre expresses the inner world of an emotion rather than an external reality. We are quite often in people’s heads, dealing with a stream of consciousness or looking at subtext and rediscovering the play through musical theatre can make that really accessible as singing is already a heightened form of story telling, music can help explore the emotions that are central to the characters and underscore provides an intense narrative. And because it’s a non naturalistic form of drama it lends itself to the episodic structure of a musical to capture the journey of Mr Zero.

I think the whole premise of a business driven society robbing people of their souls is so relevant today, and add to that the big questions the story throws up about death, faith, morality, love which never go out of fashion, the material is perfect for rediscovery. 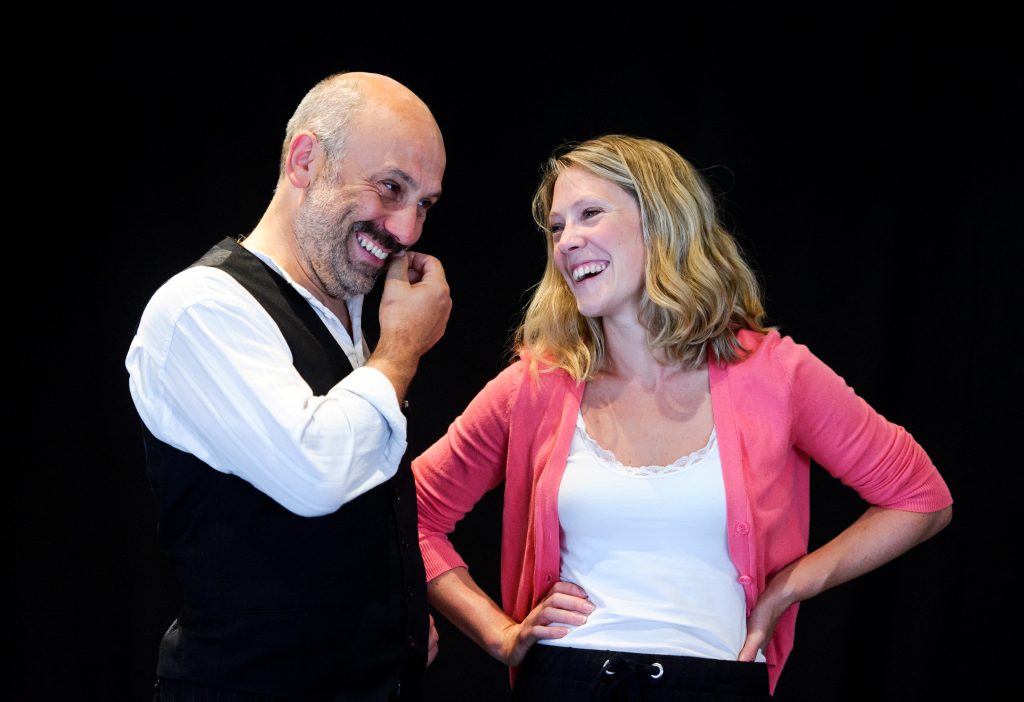 TB: Can you tell us more about your character in the show?
JK: I play Daisy Dorothea Devore – I love the alliteration! She is Mr Zero’s assistant in the accounts department of the store. On the surface she is toughened by the lonely life she leads and by the weary and hardened society she finds herself in, but she’s a dreamer, desperately in love with Zero and lost in a fantasy that one day they might be together. She really provides the hope in an otherwise bleak and cold world. If Zero could only look past his narrow mindedness and really see her then a whole world of love and opportunity might open up to him.


TB: The play is described as a “hilariously dark anti-musical” – could you tell us more about what makes The Adding Machine an anti-musical?
JK: As an audience we’ve come to expect a musical will have certain facets, a lyrical score perhaps or a sweeping ballad with a key change – I generalise but you know what I mean, and we get to know the styles of different composers. The Adding Machine doesn’t fit into a particular mould, it includes many different styles, gospel, jazz, operetta, blues and rather than use them to give the audience a wonderful, easy listening  experience it uses them to make an audience feel what the characters are feeling which isn’t always pleasant or comfortable, and is sometimes funny when it should be sad. It’s a roller coaster to listen to – our director Josh said on the first day of rehearsals that he can’t wait to punch the audience in the face with it!

TB: What is your advice for anyone pursuing a career as an actor?
JK: If there’s something else you think you want to do – do that! But if you’re 100% sure then… See everything you can, educate yourself and be informed. Keep a note book of who directed what, which actors you like, who cast what etc- just to have that information at your fingertips can be really useful. Don’t get caught in the bubble, be professional, don’t gossip. Have a full life outside of the business, it will make you a more rounded person and a better actor. Be prepared, be truthful, be brave!

TB: What, if anything, would you like to change about your profession?
JK: I love my profession and sometimes the problems are what makes it quirky and fun and unlike any other job… That being said I would change people’s minds about being a member of the union. If Equity were strong then all the other problems would get fixed because we could stand together, united against bad working conditions, low pay and the many other issues that a career based on passion rather than money brings with it.

The Adding Machine will open at the Finborough Theatre on the 28th September.