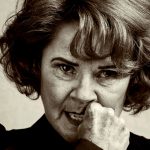 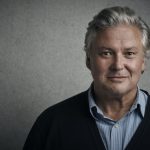 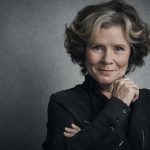 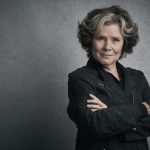 Following the sad news of Albee’s passing last week and in anticipation of this revival, Michael Billington recently wrote in The Guardian “With America currently engaged in its own form of post-truth politics, now seems the perfect time to revive Albee’s enduring masterpiece about the danger of living in a world of illusions.”

In the early hours of the morning on the campus of an American college, Martha, much to her husband George’s displeasure, has invited the new professor Nick and his wife Honey to their home for some after-party drinks. As the alcohol flows and dawn approaches, the young couple are drawn into George and Martha’s toxic games until the evening reaches its climax in a moment of devastating truth-telling.

Imelda Staunton (Martha) returns to the West End after her triumphant and Olivier Award-winning performance as Mama Rose in Gypsy. Amongst her many other theatre credits, notable performances include Mrs Lovett in Sweeney Todd, for which she won an Olivier Award, Circle, Mirror, Transformation for the Royal Court and the role of Claire in Edward Albee’sA Delicate Balance at the Almeida Theatre. In total, Staunton has been nominated for eleven Olivier Awards, winning four. On film Staunton is perhaps best known for playing the title role in Vera Drake, for which she received the BAFTA Award for Best Actress in a Leading Role, and for the role of Dolores Umbridge in the Harry Potter films.

Conleth Hill (George) is perhaps best known for his role as Lord Varys in the HBO television production Game of Thrones. A multi award-winning theatre actor, amongst his extensive theatre credits, recent productions include Quartermaine’s Termsat the Wyndham’s Theatre and The Cherry Orchard at the National Theatre. Hill won the Olivier Award for Best Actor forThe Producers, Theatre Royal Drury Lane, and for Stones In His Pockets in the West End. He also received Tony Award nominations for his role in Stones In His Pockets on its transfer to Broadway and The Seafarer, which transferred from the National Theatre to Broadway. Hill’s film credits include Salmon Fishing in the Yemen and Whatever Works, directed by Woody Allen.