The season features provocative, constantly surprising theatre which addresses urgent questions about the way we live today with vitality, wit and theatrical intelligence.  Uniting an eclectic group of theatre-makers with a common aim to challenge the limits of what theatre can achieve, this programme develops Headlong’s commitment to touring the most ambitious theatre to audiences around the UK and across the world.

Headlong’s season will be presented in collaboration with leading UK theatres where the plays receive their premieres.

Jeremy Herrin, Artistic Director of Headlong said ‘I’m delighted that Headlong can foster so many national conversations. Whether it’s through the new work we produce or the radical reinterpretations of classics we take to our audiences; or through working with The Guardian to support an urgent artistic response to Brexit on a nationwide scale. We hope that our new Headlong Futures pilot project will be a way of creatively empowering under-served communities and encouraging them to share their voices and is in keeping with our mission to make the best theatre we can, theatre that addresses what’s important in a surprising and inspiring way. 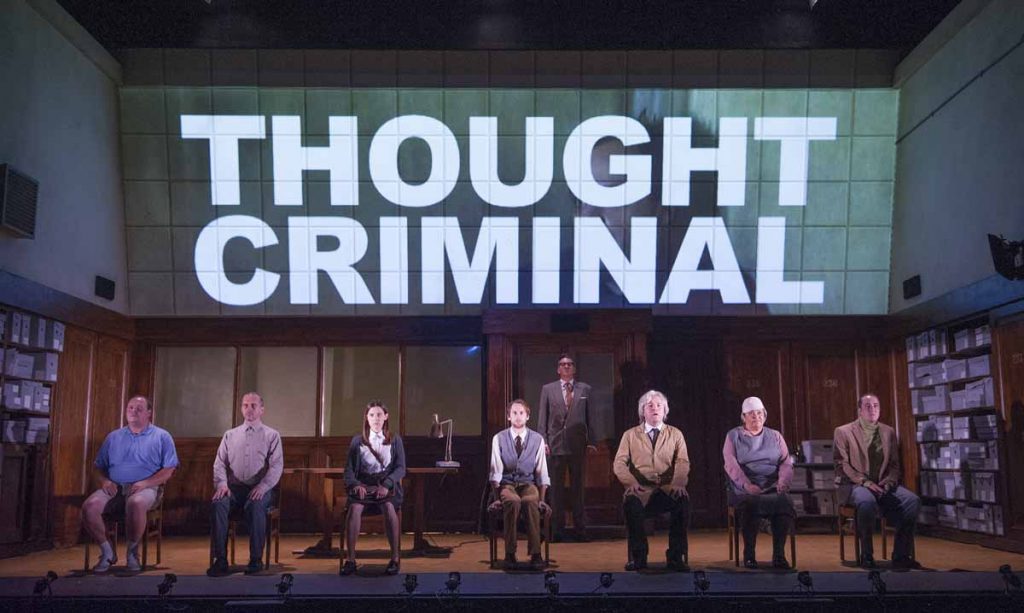 The crux of the matter is as follows:

Sam Pritchard directs a radical new staging of Bernard Shaw’s acute comedy Pygmalion, in a co-production between Headlong, West Yorkshire Playhouse and Nuffield, Southampton. The play will open to press in Leeds and then travel to Warwick, Leicester, Cheltenham, Bath, Keswick, Oxford, finishing at the Nuffield, Southampton. More dates to be announced.

Shaw’s celebrated play was first staged over 100 years ago and is recognised as one of the most enduring and perceptive of English comedies.  In this audacious new staging, Sam Pritchard playfully carves a contemporary world on stage using sound and video technology which examines class identity and questions how far accents and speech can define us in Britain today.

Sam Pritchard is the Associate Director (International) at the Royal Court and was winner of the JMK Award for Directors in 2012.  His credits include Anna (Aix Opera Festival/ENOA Workshop), There Has Possibly Been An Incident (Royal Exchange and Edinburgh St Stephens/Soho Theatre/Berlin Theatertreffen), Buy Nothing Day (Company of Angels)  Fireface (Young Vic) and Galka Motalka (Royal Exchange)

Pygmalion continues Headlong’s emerging director’s scheme, this hugely successful model now in its seventh year, allows a director in the early stages of their career the opportunity to present work on main stages across the country. This programme has previously supported work from Simon Godwin, Natalie Abrahami, Robert Icke, Blanche McIntyre, Ben Kidd and Ellen McDougall.

Junkyard is a co-production with Headlong, Bristol Old Vic, Rose Theatre Kingston and Theatr Clwyd.  It will open to press at Bristol Old Vic before travelling to North Wales (29 March to 15 April) and Kingston (Wed 19 – Sun 30 Apr).

It’s 1979, and a motley crew of teenagers grudgingly agree to create a junk playground in Bristol under the guidance of the well-meaning Rick.  As the playground starts to come to life – it turns from something that means nothing to something that means a lot. And kids that care about nothing, start to care a lot.  But darkness has a way of coming back and biting you when you least expect it.

Inspired by the true story behind the Lockleaze playground known as ‘The Vench’, established over 30 years ago and still operating today, Junkyard is a story about Bristol, for Bristol, from BAFTA award-winning writer and Bristolian Jack Thorne.

Headlong will also be producing short, Brexit related films alongside The Guardian,