In a Welsh-Breton collaboration, Merch yr Eog (The Salmon’s Daughter) considers one immigrant’s feelings of responsibility and belonging. The play will be performed in Welsh and Breton, two closely related Celtic minority languages, and French, and will be translated by Theatr Genedlaethol Cyrmu’s app Sibrwd (Welsh for “whisper”). The app enables the audience to follow the elements of the play that are in languages that they don’t speak – the first time that the app will be translating from a language other than Welsh and so the first time also that Sibrwd will be used by the company’s Welsh-speaking audiences. Merch yr Eog is Theatr Genedlaethol Cyrmu’s first co-production on an international tour, with both French and Welsh actors and directors from Wales and Brittany.

Mair is called home to a funeral, and feelings of guilt and responsibility are brought to the surface.  She starts to question her values and the happiness she thought she had found in Brittany with her partner Loeiza.  All of a sudden, she has never felt so far from rural Wales. But can a friendly neighbour, who brings a strange gift to her door, calm her troubled mind?

The production stars Welsh singer/songwriter Lleuwen Steffan: in parallel with her character, Lleuwen is Welsh born, has moved to Brittany and is fluent in both languages. Lleuwen became known for her fusions of jazz and Welsh folk before collaborating with two Breton musicians, and has won Liet International for one of her Breton language songs, Ar Gouloù Bev.

Sara Lloyd, Associate Director with Theatr Genedlaethol Cymru, and one of the Directors of Merch yr Eog, said, “This is a very exciting project to be a part of, breaking new boundaries for us as a company and taking our audiences to new territory. The development phase has spanned about three years, with the play being developed in both Wales and Brittany. This shared experience with our Bretton cousins has been a journey of discovery, culturally, linguistically and also in terms of theatrical tradition. The play will be performed in three languages, which will be challenging, but hugely exciting.” 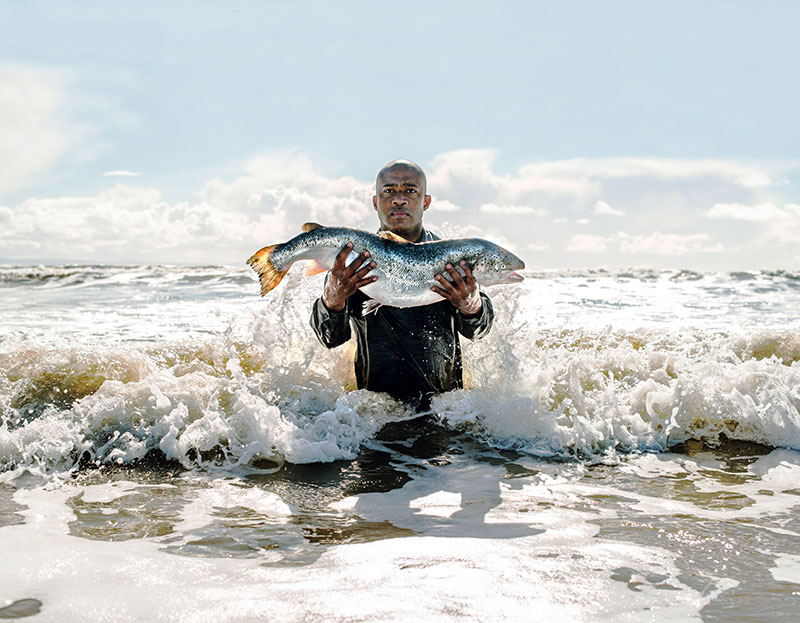 Thomas Cloarac has worked internationally including working with Breton company Ar Vro Bagan, the Vietnamese National Circus, Cabaret Lao in Laos, and setting up the Caravan School in Bolivia. He currently works between Laos, Paris and Brittany, constantly focusing on theatre, language and culture.

Sara Lloyd’s has directed productions for Theatr Genedlaethol Cymru, Sherman Cymru and Dirty Protest in association with the Almeida and Royal Court.

Theatr Genedlaethol Cymru, the Welsh-language national theatre of Wales, reflects the dynamic culture of Wales by creating innovative main stage theatre and ambitious productions in surprising locations and at the heart of our communities. The company is based in Carmarthen, and is a registered charity.

Teatr Piba is a professional theatre company, based in Brest, Brittany and was founded in 2009. Teatr Piba is a continuation of meetings and collaborations between different artists, such as actors, writers, stage directors, set designer and musicians that have a common interest in the Breton language. Their crossed paths and shared experiences have led to creating a Breton theatre company which is contemporary, innovative and alive.

Find out more at theatr.cymru