For the first time, the multi award-winning, international star Ed Harris (Pollock, The Hours, The Truman Show and the forthcoming HBO series from J.J. Abrams & Jonathan Nolan; Westworld) will appear on the West End stage, to reprise his role of Dodge in Sam Shepard’s Pulitzer & Obie prize winning play, Buried Child, following a critically acclaimed New York run earlier this year. Harris will be joined by fellow Golden Globe winner, Amy Madigan (Twice in a Lifetime, Roe vs. Wade), who will also reprise her role of Halie, with further casting to be announced in due course.

The New Group’s critically acclaimed Off-Broadway revival of Buried Child, directed by Scott Elliott, will transfer to Trafalgar Studios in London for a strictly limited season from 14 November – 18 February 2017. 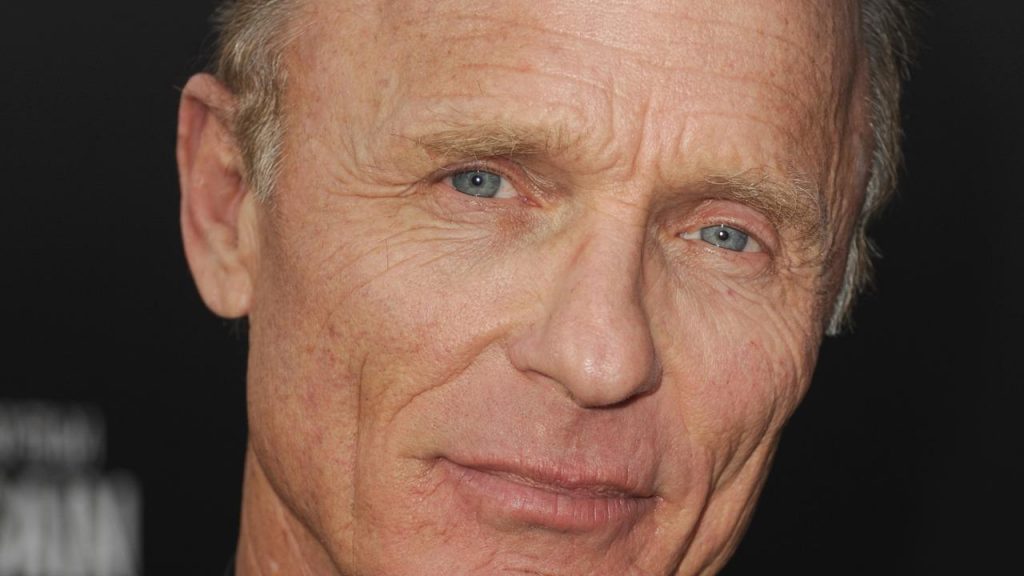 Buried Child launched the career of one of America’s greatest living playwrights, Sam Shepard. The play was awarded both a Pulitzer Prize and an Obie Award in 1979, and was subsequently nominated for five Tony Awards following its revival on Broadway in 1996. After working with film star Ed Harris in the film The Right Stuff in 1983, Shepard wrote the role of Eddie in his play Fool for Love for Harris’ stage debut. Following that partnership, Buried Child is now the fifth of Shepard’s plays that Harris has performed in, including Cowboy Mouth, True West and Simpatico. Oscar nominee Amy Madigan plays the wife of real life husband Harris on stage for the second time, following The Jacksonian in 2013. Madigan and Harris met on the set on 1984 film Places in the Heart, and have since featured in another ten films together, including Harris’ directorial debut Pollock in 2000, for which he was nominated for an Academy Award for Best Actor.

Dodge (Harris) and Halie (Madigan) are barely hanging on to their farmland and their sanity while looking after their two wayward grown sons. When their grandson Vince arrives with his girlfriend, no one seems to recognize him, and confusion abounds.  As Vince tries to make sense of the chaos, the rest of the family dances around a deep, dark secret. This wildly poetic and cuttingly funny take on the American family drama gleefully pulls apart the threadbare deluded visions of our families and our homes.

Scott Elliott, Artistic Director, The New Group said “I’m so excited to return to the West End so quickly after our production of The Spoils with another New Group show and another representation of our ongoing relationship with ATG, and Lisa Matlin, to bring shows from New York to London and vice versa, featuring artists from both cities working together to create the kind of fierce ensemble work the New Group is known for.  Buried Child is Sam’s masterpiece and I can’t wait to get another crack at it with Shepard’s masters, Ed Harris and Amy Madigan, along with some fresh British artists.  Ed and Amy are members of the New Group family and I am particularly thrilled to introduce these brilliant stage creatures to West End audiences.”