April 3, 1968. Room 306, the Lorraine Motel, Memphis. The smell of cigarettes and coffee hangs thick in the air as Dr. Martin Luther King Jr. winds down from a day of preaching and marching.

Winner of the 2010 Olivier Award for Best New Play, Katori Hall’s fictional account of the quieter moments of King’s life chips away at the myth of the great man and exposes fears about his family, his country and the ever-looming threat of a violent death. Set during the height of America’s Civil Rights Movement, this sharp and powerful play confronts the legend and his legacy in a new production directed by Roy Alexander Weise. 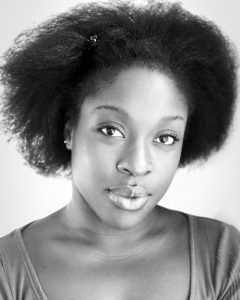 The Mountaintop is designed by Rajha Shakiry with light by Lizzie Powell, sound by George Dennis, video by Nina Dunn, movement by Jenni Jackson, voice by Hazel Holder and casting by Arthur Carrington.

Roy Alexander Weise is the 19th annual winner of the James Menzies-Kitchin Award for which he receives a bursary of £25,000 to direct The Mountaintop. He was the runner up for the JMK Award in 2014.  In June 2016, Roy made his professional debut with Stone Face by Eve Leigh (Finborough Theatre). Other Assistant Director credits include: Hangmen (Royal Court and West End). Previously Associate Artist at The Red Room, in 2014 he was the BBC Theatre Fellow at the Bush Theatre and the Lyric Hammersmith. His television credits include Trainee Director on Invisible (Red Room/Ballet Boys/C4). Roy is now Associate Director at Harts Theatre Company, Director and Lead Acting Tutor at Young & Talented School of Stage & Screen and is a member of the Young Vic’s Genesis Directors Network. 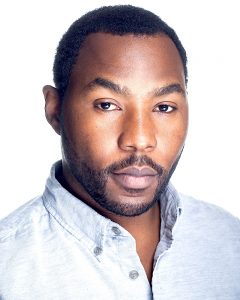 Gbolahan Obisesan is currently Genesis Fellow at the Young Vic, a two-year grant supported by the Genesis Foundation. His acting credits include: Concrete Jungle (Courtyard Theatre), and The Arbitrary Adventures of an Accidental Terrorist (Lyric Hammersmith). His previous work at the Young Vic includes direction of Cuttin’ It by Charlene James and Sus by Barrie Keeffe (as the recipient of the 2009 Jerwood Directors Award); Feast (co-written with Yunior García Aguilera, Rotimi Babatunde, Marcos Barbosa and Tanya Barfield) directed by Rufus Norris and his play Mad About The Boy directed by Ria Parry. The production subsequently toured to venues around the UK. Gbolahan’s play Zaina and Aadam will be performed as part of the Bush Theatre’s This Place We Know Season in September 2016.

Ronkẹ Adékoluẹjo’s theatre credits include: Twelfth Night (Paramount Centre and international tour); The Oresteia (HOME); Pride and Prejudice (Crucible Theatre); The House That Will Not Stand, The Colby Sisters of Pittsburgh (Tricycle Theatre); Anon (Welsh National Opera); and random (Crooked Path). Her TV credits include: Cold Feet, Sick Note, Suspects and the BAFTA Award-nominated Chewing Gum. Ronke will also appear in a BBC 2 adaptation of Zadie Smith’s novel NW. For film, her credits include: One Crazy Thing and the upcoming Ready Player One.

Katori Hall is a journalist and writer from Memphis, Tennessee whose theatre credits include The Mountaintop, which premiered at Theatre503 and transferred to the West End where it won the 2010 Olivier Award for Best New Play. The production subsequently ran on Broadway. Other credits include Hurt Village (Susan Smith Blackburn Prize, 2011), Children of Killers, Hoodoo Love, Remembrance, Saturday Night/Sunday Morning, WHADDABLOODCLOT!!!, Our Lady of Kibeho, Pussy Valley and The Blood Quilt. Her television credits include: The Dial, Legends and a television adaptation of her play, Pussy Valley. Katori is a proud member of Ron Brown Scholar Program, the Coca-Cola Scholar Program, the Dramatists Guild, and the Fellowship of Southern Writers. She is currently a member of the Residency Five at Signature Theatre in New York City. Katori will make her feature directing debut with a film adaptation of her play Hurt Village, which received its world premiere at Signature in 2012.