LAURA ROGERS plays Dorothea in A Lovely Sunday for Creve Coeur, performing at The Print Room at the Coronet from the 12th September – 7th October.

This production is a continuation the Print Room’s mission to stage unknown and rarely performed works by major writers. Written late in Tennessee Williams’ career, A Lovely Sunday for Creve Coeur sees the playwright return to the themes of delusion and disillusionment explored elsewhere in his body of work, most notably in A Streetcar Named Desire.

You can buy tickets for A Lovely Sunday for Creve Coeur  here. 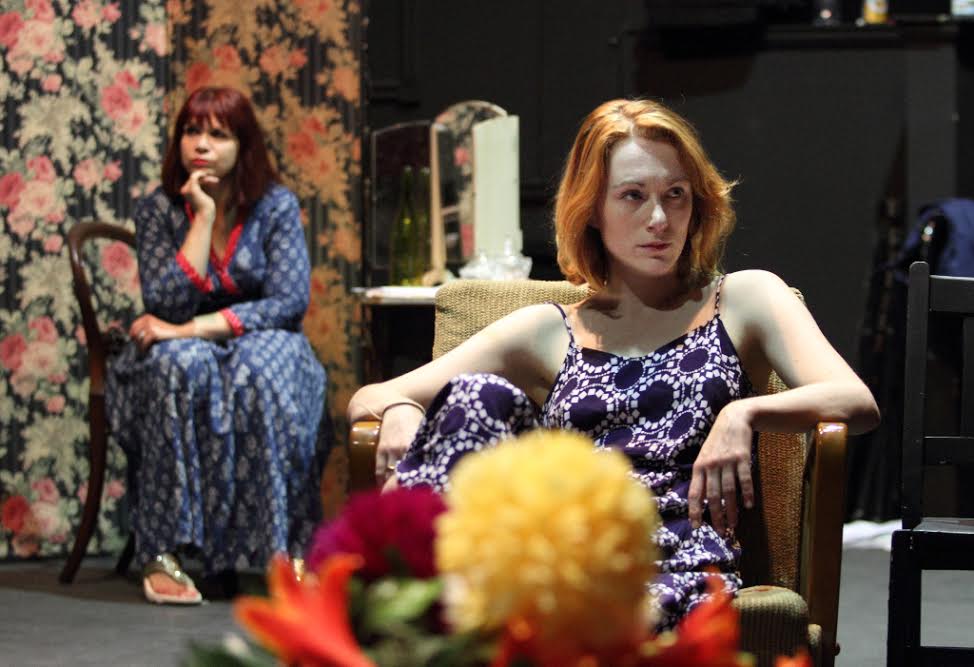 Theatre Bubble: A Lovely Sunday for Creve Coeur is a rarely performed work by Williams. Why do you think that is?
Laura Rogers: I think that we are all quite baffled as to why this play is so rarely performed. It has so much heart, it’s funny, it’s moving and has four fantastic female roles. I think the tone of the play is difficult to get right- there are moments of farce and then moments of sadness and poignancy and so it’s about getting the balance right and not letting it tip too much in one direction – perhaps this is why directors are a little nervous to tackle it.

TB: Your character has been compared to Blanche Dubois, from A Streetcar Named Desire. Do you think that is fair?
LR: I can see why Dorothea is compared to Blanche – there are many similarities – the Southern Belle element for one, but also they are both single women teachers, both hopeless romantics with young spirits who get let down. The difference between them is that Tennessee Williams said of Dorothea that she was a fighter, a survivor so she’ll be all right, whereas Blanche is not so lucky.

“Tennessee Williams said Dorothea was a fighter, a survivor”

TB: Can you tell us more about your character in A Lovely Sunday?
LR: Dorothea is a girl from Memphis who has moved to St Louis. She’s fallen in love with the Principal of the school she works at and is frantically doing her ‘setting up exercises’ in the flat she shares with her friend whilst waiting for the Principal to call her with what she thinks will probably be a proposal. She’s a real mixture of hopeless romantic, flirtatious, fun-loving but also temperamental and stroppy. Her heart is in the right place but when we first see her she is in her own extremely self-absorbed bubble.

TB: What is your advice for anyone attempting to pursue a career as an actor?
LR: My advice would be that you have to be prepared to be very determined, to work hard and to develop a thick skin because there is a lot of rejection in the profession. Go out and watch as much theatre as you can, it doesn’t have to be expensive theatre, the local amateur dramatics society or youth theatre productions – just go out and experience it all.

TB: What is your career highlight so far?
LR: I’ve had so many jobs I have really loved- it’s difficult to pick out a highlight. My first job was a television drama for BBC called The Sins and I left RADA early to film it – the wonderful Pete Postlethwaite was my dad, Geraldine James was my mum and Frank Finlay was my uncle so that was very special. I’ve also had wonderful experiences at the Globe- playing Lady Macbeth and recently I sang as a soloist at the Royal Albert Hall to a full auditorium which was terrifying! I’m very lucky to have had such a varied career so far.