The Screwtape Letters, the provocative and wickedly funny theatrical adaptation of the C.S. Lewis novel about spiritual warfare from a demon’s point of view, will play the Christmas season at Park Theatre from 8 December 2016 – 7 January 2017. In the European premiere of the smash New York hit, The Screwtape Letters creates a morally inverted universe that reveals unseen spiritual powers and principalities in humorous, vivid and surprising ways.

Set in an eerily stylish office in hell, where God is called the “Enemy” and the devil is referred to as “Our Father Below”, the play follows His Abysmal Sublimity Screwtape – Satan’s top psychiatrist due to his profound understanding of human nature – and his slavish creature-demon Toadpipe, as they train an apprentice demon, Wormwood, on how to ruin the life and damn the soul of an unsuspecting human on earth. Max McLean returns to the role of Screwtape, which he originated and performed to sold-out audiences in New York City and across the U.S. 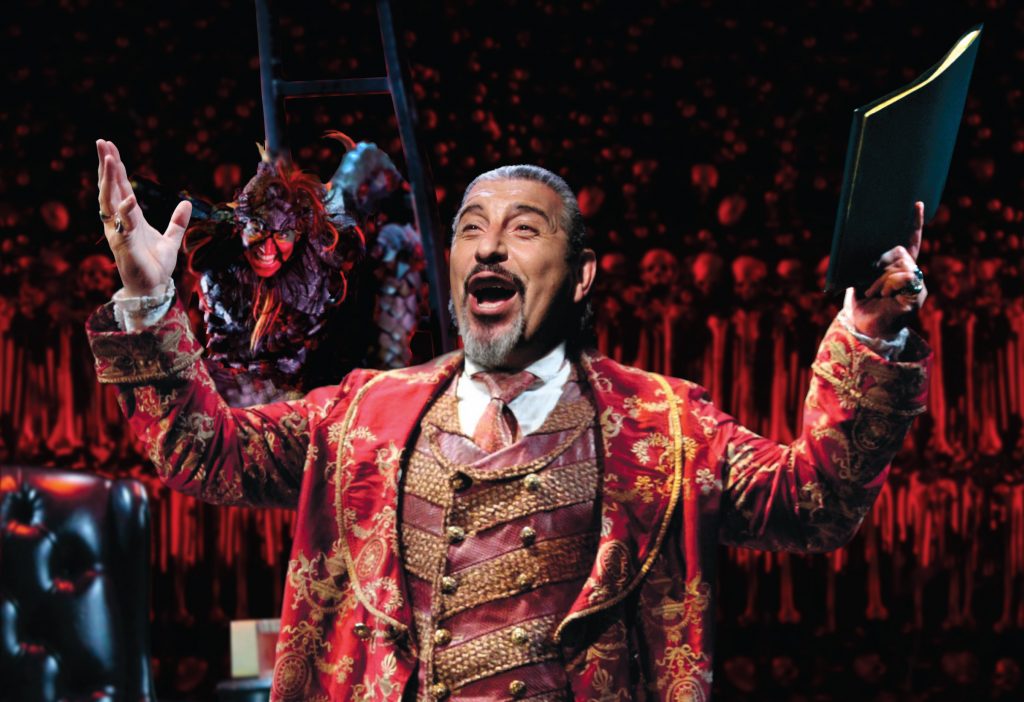 Along with The Chronicles of Narnia (including The Lion, The Witch and The Wardrobe), The Great Divorce and Mere Christianity, The Screwtape Letters remains one of Lewis’ most popular and influential works. When first published in 1942 it brought worldwide fame to this little-known Oxford don including the cover of Time Magazine.

The idea for Screwtape came to Lewis after listening to Hitler’s Reichstag Speech on July 19, 1940, while it was simultaneously translated on BBC Radio. Lewis wrote at the time, “I don’t know if I’m weaker than other people, but it is a positive revelation to me how while the speech lasts it is impossible not to waver just a little. . . .Statements which I know to be untrue all but convince me . . . if only the man says them unflinchingly.”

The Screwtape Letters was conceived and adapted for the stage by Max McLean and Jeffrey Fiske. McLean is Founder and Artistic Director of New York City-based Fellowship for Performing Arts. Scenic Design is by Cameron Anderson, Costumes by Michael Bevins, Lighting Design by Jesse Klug and Original Music and Sound Design by John Gromada.