Review of: The Roundabout at the Park Theatre

Produced by:
Cahoots Theatre Company in association with The Other Cheek and Park Theatre

Priestly had good reason to leave The Roundabout on the shelf, and, although it is interesting to see how the kernel of some ideas, situations and characters here float between the various characters, similar themes are more successfully expressed in his other plays.

The Park Theatre in Finsbury Park was buzzing on the opening night of The Roundabout by J P Priestly. The venue is an exciting space with an eclectic programme and so it is no surprise they reach to the lesser known works of a major playwright like J B Priestly. The Roundabout, a Priestly play recently rediscovered, has been on the shelf for many years having been written specifically for the acclaimed actress Peggy Ashcroft, here revived . After a few early performances it seems to have gathered dust and never managed to stand the test of time – frankly one can see why.

The plot unfolds in a rather grand, if crumbling mansion house, with its owner Lord Kettlewell struggling not only to manage his finances in the unstable 1930s, but also his family relationships, which seem in disarray. 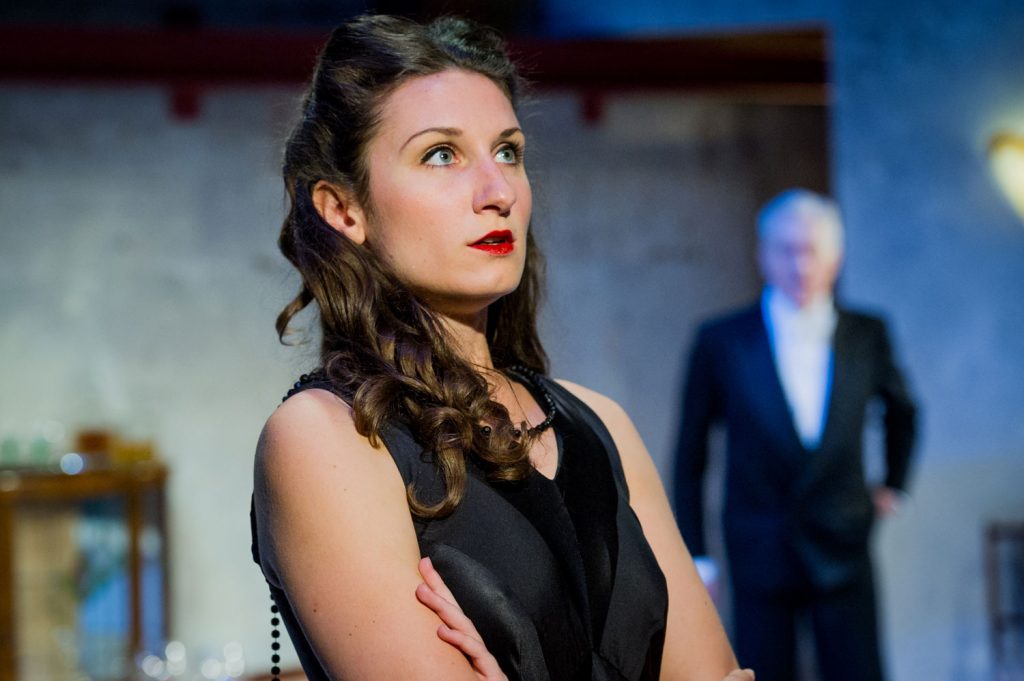 He is unexpectedly presented with the arrival of his estranged daughter, Pamela, played with delightful gusto by Bessie Carter, not to mention a surprise visit from his ex-wife, along with a range of characters ‘down from town’. Pamela, arriving in her boots and beret boasting a look of the preliterate, brings with her a fellow comrade both of whom have newly returned from Russia. The flirtation of the rich and privileged with communism certainly has some comic mileage, as Lady Knightsbridge so crisply asks – ‘is there money in it?’ This lot certainly have a whiff of the changing times and they want to be on the right side of success but are savvy enough to appreciate the bigger picture – ‘communism is ok for a young gentleman, you’ll grow out of it’ –  there is, after all, heritage and entitlement to maintain.

Priestly explores the issue of class and changing social aspirations but it is a lightweight piece that fails to capture the political energy so evident in the likes of An Inspector Calls, lacking also the deep sense of intrigue that made his more prominent piece so successful.

In spite some shaky and disengaged moments however, this drawing room comedy rattled along with some splendid delivery from the likes of Richenda Carey as Lady Knightsbridge, who annunciated established ideas with suitable aplomb, while at the same time keeping an eye open for the aspiring butler, Parsons, with whom she shares a love of gambling.

Scenes move quickly and slickly on an open set, stylishly designed by Polly Sullivan, delightfully costumed by Holly Rose Henshaw. Banquettes surrounded a central dais and with a period settee centre stage. The director, Hugh Ross, is able to capture the essence of the roundabout action of social characters and mores as the characters take temporary focus on the settee only to move around and off swiftly. What comes around goes round and in the end there is little change. 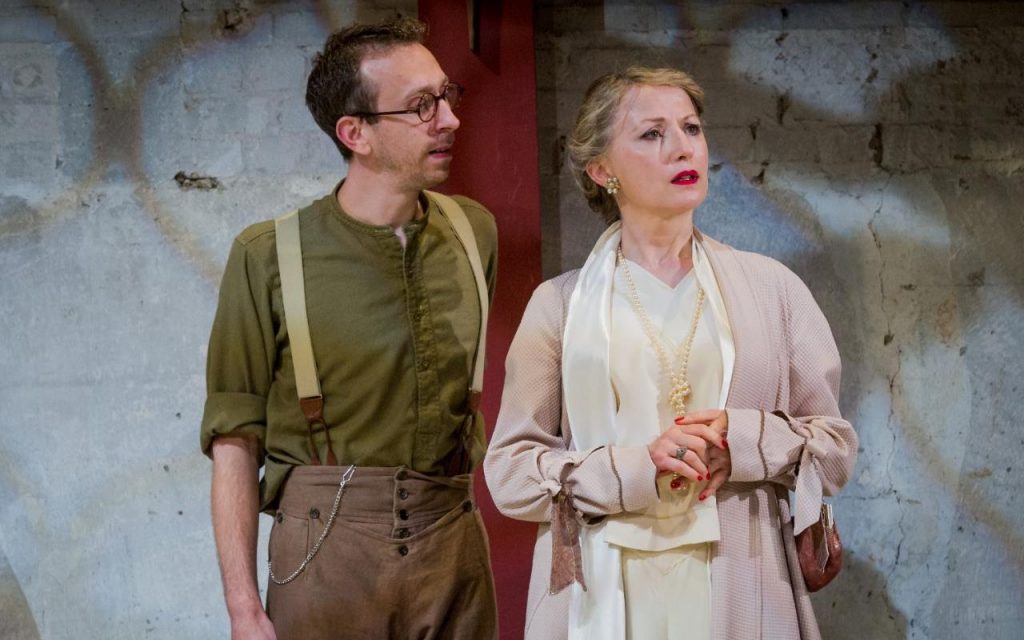 With his old Etonian connections, Brian Protheroe is suitably bewildered as Lord Kettlewell with these changing economic and political times and seems only too happy to reconcile his marriage to Lady Kettlewell (the delightful Lisa Bowerman who captured much of the wit and charm of Priestly).

You very much get the feeling the status quo will not change as the same old attitudes seem so embedded, ably demonstrated by the stylized delivery of the frightfully posh Gurney and the new northern prole on the block, Straggles, as they jostle ideas about status and opportunity to some amusing affect. Straggles is not even given a first name but he is able to vent opinions and with a degree of vitriol. If Priestley suggests there may be room for new ideas to emerge he disappointingly bails out at the end, with the implication that young Staggles is seemingly taking to the high life. This is where the play seems weaker than Priestley’s other polemical work and it only serves as an amusing drawing room comedy where character and situation appear rather thin. Were it not for the deft direction, attractive staging and the energetic and dynamic performances of Carey and Bessie Carter, in particular, the play would be rather flat and uninteresting.

Priestly had good reason to leave this play on the shelf, and, although it is interesting to see how the kernel of some ideas, situations and characters here float between the various characters, similar themes are more successfully expressed in his other plays.

The play runs at the Park 24thAug-24th Sept.