Review of: The Chicken Trial at the Pleasance Courtyard

The Chicken Trial fell unfortunately flat in a rather muddled hour of theatre.

The Chicken Trial is a play working from fertile ground – namely a 2008 trial in Sweden that saw art student Makode Linde prosecuted for her paltry attempt to bring six chickens into a night club, daubing them (carefully) with paint, and letting them run free for a number of hours. It’s a fascinating trial (and one worth reading up on if you have a spare few minutes) that, for all the questions of artistic, societal and racial examination that had the potential to be explored, here fell unfortunately flat in a rather muddled hour of theatre.

Court room dramas are often overly static, repetitive or prone to losing huge swathes of the audience, something director Fredrik Lundqvist was clearly concerned with as he added a variety of physical scenes involving paper throwing and disco ball lighting. In a slightly larger, less cramped space, these sequences may have had a chance to breath some life into the show, but for the most part felt rather awkwardly shoehorned into the piece. 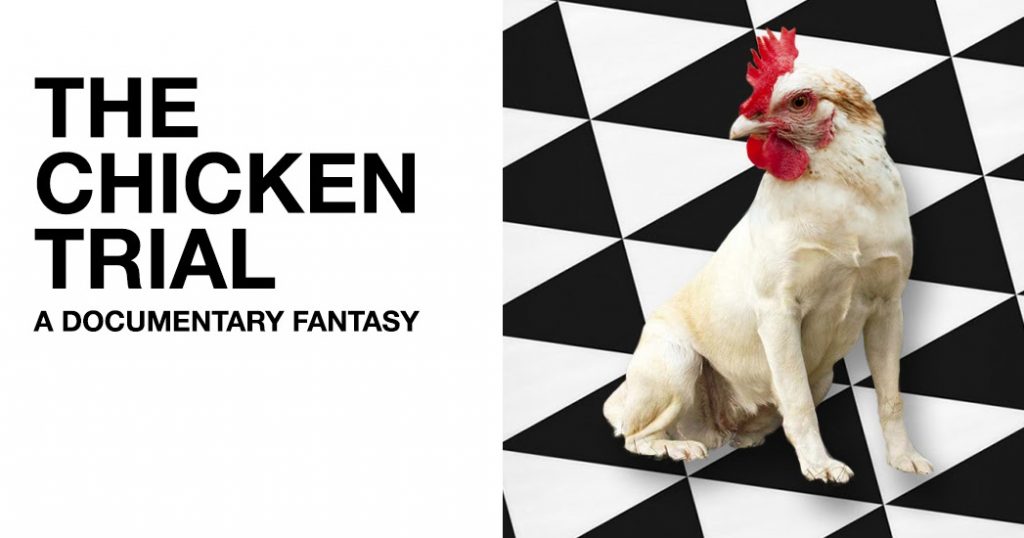 This was nothing to do with the talents of the cast, each battling against a script that, when not providing expositional background, seems to lapse into some form of droning monologue about notions of art, experience, and the use of performing animals on stage.

If you write down 50 fantastic ideas on 50 pieces of paper, then throw the bundle of paper up into the air, no one will be able to see what’s written on the pages – all they’ll see is a blizzard of falling sheets. This is what The Chicken Trial felt like – a blurring mass of ideas that, if each were given enough time to be developed, would make for a more startling and engaging show. For the most part however, there was very little by way of ‘comedy’ in the show, a sad state of affairs for such an unusually exciting concept.