Review of: Screens at Theatre503

Produced by:
Theatre503, IN BLOOM

Screens ﻿is an intense piece of theatre that asks questions that needs to be asked, providing the audience with a set of circumstances rarely visited on stage.

An empty, black space with a single black panel – all perpendicular edges and defined, neat lines, confront audiences when they enter the theatre above the Latchmere. In the middle of the stage lies a ragged, dead cat, prostrate and inert. It’s a jarring, bold juxtaposition, and the perfect start to what evolves into a complex, nuanced piece of writing from Stephen Laughton. A raging thesis on the conflict between national and personal identities, the play pushes through a series of difficult, powerful concepts, combing through generational and social trends all in the context of a single, Essex-dwelling family of supposed British and Cypriot descent.

A show trying to combine such a macro and micro examination of these issues can only succeed through a strong, bold cast, something that fortunately Screens has in every possible sense. Director Cressida Brown brings a brutal, emotional realism to these characters, with little by way of forced or pronounced movement and an emphasis on natural reactions on this empty, unassuming stage (with some fantastic lighting and design additions from Dan English and Richard Williamson). Declan Perring as the central character of Al (a young man exploring his own sexuality and personal identity, awkwardly attempting to avoid the seeming tension in his own genealogy) is a richly original depiction of insecurity and modern angst – a standout amongst a strong overall ensemble. It will be excited to see where Perring heads next after the show wraps. 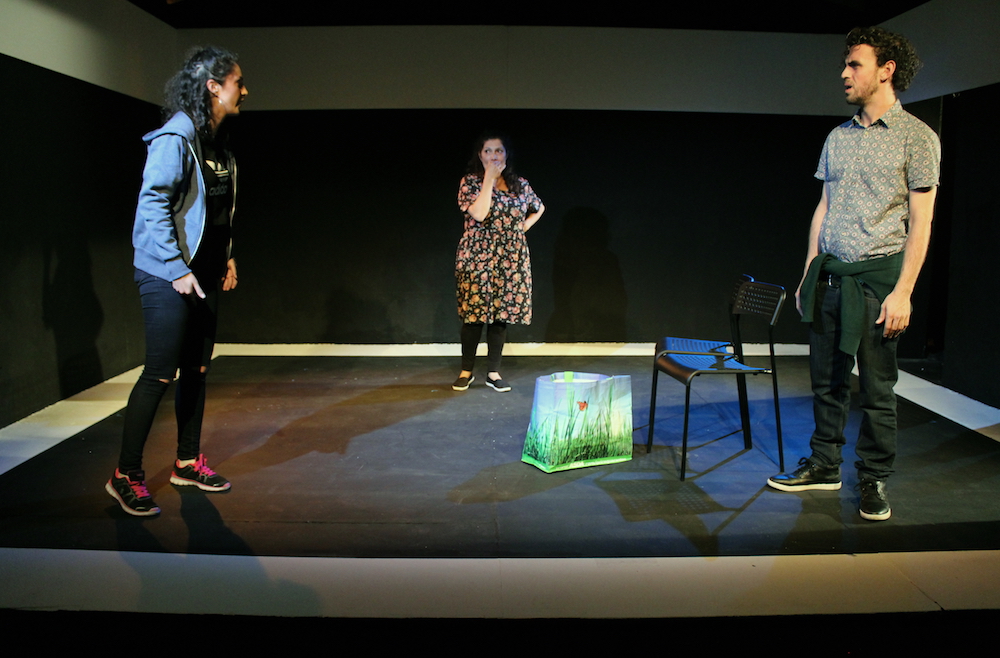 The title Screens seemed to be an allusion to the running significance of mobile phones, but the title extends further than this to questions of partitioning, division and isolation in a national context – especially given the Cypriot history that underpins the narrative and the (resonant) discussion on immigration. The use of mobile phones certainly plays an important part in the show – nonetheleast through the wonderful projection designed by Williamson and English (we as an audience see what’s transpiring on the mobile phones of the various characters during the various and relevant scenes). Sometimes this felt slightly unnecessary and distracting, only in one scene, where a rapidly ascending set of Retweets and Favourites displayed on the corner of the stage boosted the tense nature of the action.

Screens is an intense piece of theatre that asks questions that needs to be asked, providing the audience with a set of circumstances rarely visited on stage. Laughton has done a fantastic job pitching these issues to audiences, and his career will be another to watch closely. The show certainly had flaws (the final line of the piece jarred significantly, feeling almost like something from a late-night soap) but on the whole this is another solid show at Theatre503 – a venue constantly innovating and championing new work and ideas.