Review of: On the Conditions and Possibilities of Hillary Clinton Taking Me as her Young Lover

Sometimes the didactic style wears thin, but witty and sophisticated in the main.

Overeducated and unemployed Richard Meros, the creation of New Zealand comic Arthur Meek, has a solution to the political unease that pervades our world. Hillary Clinton, longstanding workaholic, needs to let off some steam; she needs to take a Young Lover. (Meros, B. A., always seems to pronounce the capital letters.) That’s the thesis of this earnestly weird lecture, delivered with the aid of a polaroid camera and an array of powder-pink Powerpoint slides: “Hillary Clinton needs a Young Lover, and the free world needs Hillary Clinton to take a Young Lover.”

Meros, gawkily attired in jaunty bow-tie and cummerbund, quivers between self-doubt and messianic narcissism: he obsesses over bad press (New York magazine called his book “demented” and he’s not really over it), exhorts the audience not to “steal” his “research”, and patiently explains why, among the world’s 7,200,000,000 potential lovers, nobody except him matches all the criteria that H.R.C. is doubtless looking for (she’s an exacting woman). Speaking to camera, an image of Bill’s shmoozy face looming large behind him, he offers soothing words in an attempt to preemptively placate “President Clinton the First”. 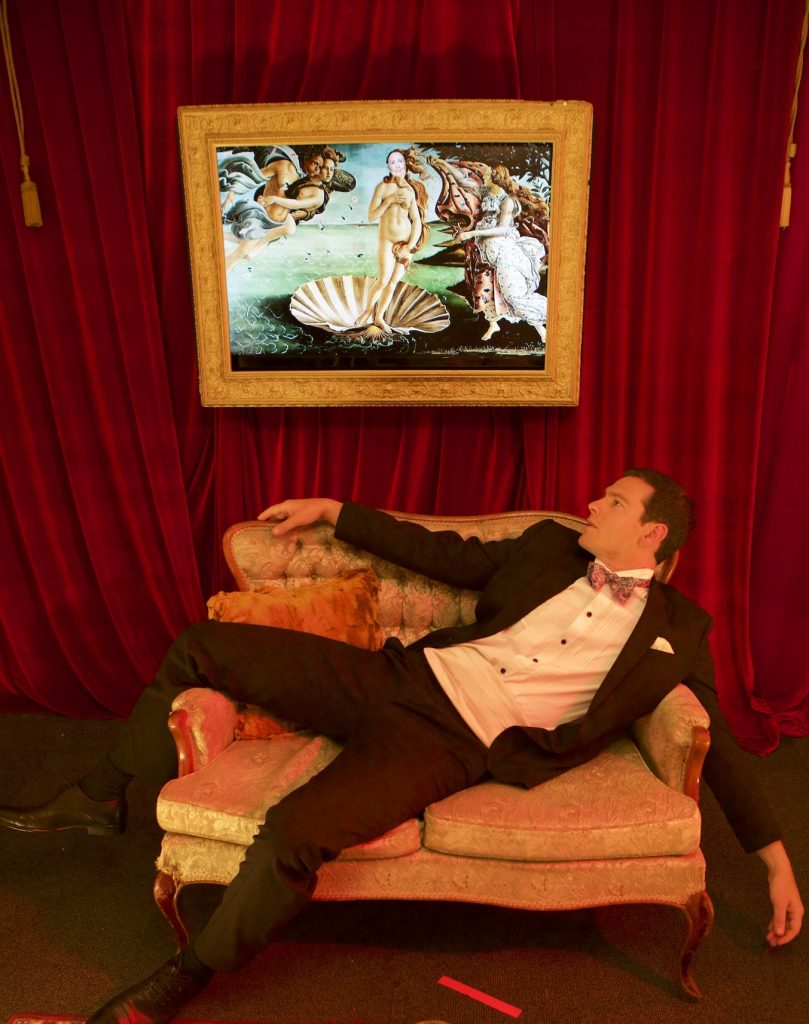 On the Conditions… wants to be a satire about what people insist on calling the millennial generation; the Meros–Clinton union, it says, will bring together the confidence of the baby boomers with the cynical savoir faire of those born in the internet age. That theme’s a bit tenuous, however, and Meros struggles to stay on-message, instead using his amorous proposition as a vehicle—an excuse, really—for verbal and visual puns on Nietzsche, Kant, Botticelli. The show would be sweeter if it were a bit looser, if it followed its non-sequiturs a little further. As it is, the witty and sophisticated performance is punctuated with moments of didactic hyperbole as Meros hammers home his arguments.

How eccentric is On the Conditions…’s sense of humour? I suspect that you will already have decided whether or not this show is for you. If you think it might be, go. You’ll laugh.