Tara Theatre (in Earlsfield, SW London) will open with a production of Paradise of the Assassins (15 Sep-8Oct) directed by Anthony Clark, former Artistic director of Hampstead Theatre. The new theatre aims to be a home for multicultural theatre in London and is the brainchild of Tara Arts, who have long been bringing Black and Asian theatre to London – the company celebrates its 40th anniversary next year.

A co-production between Tara Arts and Theatre Accord, Paradise of the Assassins is an adventure story of love and religious extremism set in medieval Persia – the first ever staging of Abdul Halim Sharar’s 19th Century novel about the mysterious cult of the Assassins.

This first-ever adaptation of Abdul Halim Sharar’s most famous work set in medieval Persia, tells the story of young lovers Hussain and Zamurrud, who have eloped and are on their way to Mecca to sanctify their marriage. After spending a night rough in the Alburz mountains, Zamurrud is kidnapped by the Assassins and held prisoner in a man-made Paradise. In order to be reunited with his love, Hussain must renounce his faith. This chillingly resonant story, written over a century ago, charts Hussain’s radicalisation through the medieval Islamic sect in order to regain his love. The story’s action shifts from the humorous to the terrifying, depicting the influence of one of history’s most notorious organisations – the medieval Assassins – in a dynamic and pertinent adventure story of love and loyalty.

Director Anthony Clark has a long history with Tara Arts, having directed the company’s first two professional productions, The Lion’s Raj and Ancestral Voices in 1982 and 1984 respectively, making him a fitting choice to direct the opening production at the new 100 seat Tara Theatre. 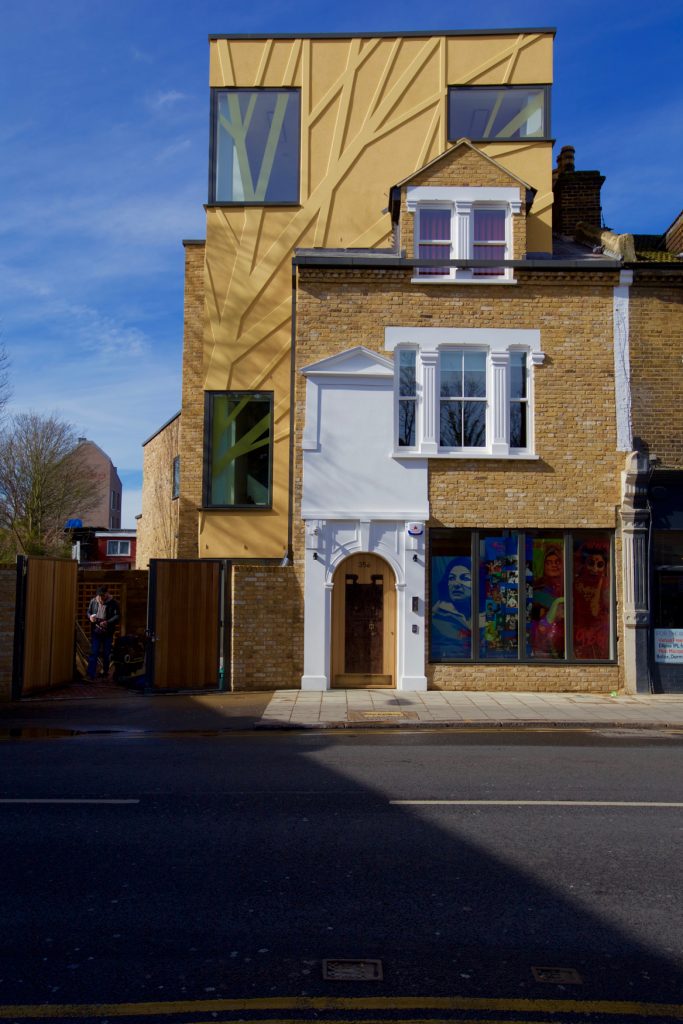 Tara’s Artistic Director Jatinder Verma said, “I am thrilled that Tony Clarke will be starting the next phase of Tara’s journey, in our re-visioned Theatre with Paradise – a novel we have both lived with for over seven years.”

Paradise of the Assassins is brought to life by an ensemble cast of eight versatile actors led by Asif Khan (Love, Bombs and Apples) and recent RADA graduate Skye Hallam, with Ralf Birtwell and Mitesh Soni who appeared in Tara’s recent production of Macbeth. The show features original music from Tara Associate Danyal Dhondy and a set designed by Linbury Prize finalist Matilde Marangoni.

Anthony Clark said, “The struggle for people of faith not to compromise what they believe in in the face of unforeseen circumstances goes to the heart of the human condition. This story touches on terror as political phenomenon and I am interested in the perpetrator who is also a victim”.

Author Abdul Halim Sharar was a left-wing progressive writer in Urdu in late 19th century India. Born in Lucknow just after the 1857 Mutiny against the British, he developed his writing career by serving as a correspondent for the Oudh Akhbar- an immensely popular Urdu weekly. He wrote over 100 books and stories during his lifetime, including a three volume history of Islam on commission from the Nizam of Hyderabad, which he completed shortly before his death in 1926.

Anthony Clark is a multi-award winning director with over four decades of experience. His previous roles include Resident Director at The Orange Tree Theatre, London; six years as Artistic Director of Contact Theatre, Manchester; twelve years as Associate, and then Artistic Associate Director at The Birmingham Rep and seven years as Artistic Director of Hampstead Theatre, London. Throughout his career he has freelanced extensively including at The National Theatre, RSC, Bristol Old Vic, The Young Vic, Nottingham Playhouse, Watford Palace, Leicester Haymarket and Tara Arts. He is the founder of Theatre Accord, which strives to explore diversity in the contemporary world through drama that is vibrant and resonant.

Theatre Accord was formed by director/writer Anthony Clark in 2015 to produce plays of consequence in order to encourage a shared appreciation of the differences and similarities between diverse audiences and practitioners. They are committed to meeting the aesthetic, intellectual and commercial challenges necessary to reach artists and audiences not associated traditionally with going to the theatre in the UK.

Tara Arts are established as one of the UK’s foremost creators of cross-cultural theatre. Their work consistently seeks to connect worlds, through new writing and reimagined classics. The company was founded in 1977 by Artistic Director Jatinder Verma, and will celebrate its 40th anniversary in 2017.