This week Judge Judy’s Buzz World performs at the Camden Fringe, following a run in May at Cambridge’s ADC Theatre. The play was the recipient of the 2016 Footlights’ Harry Porter Prize for a one-hour comic play. 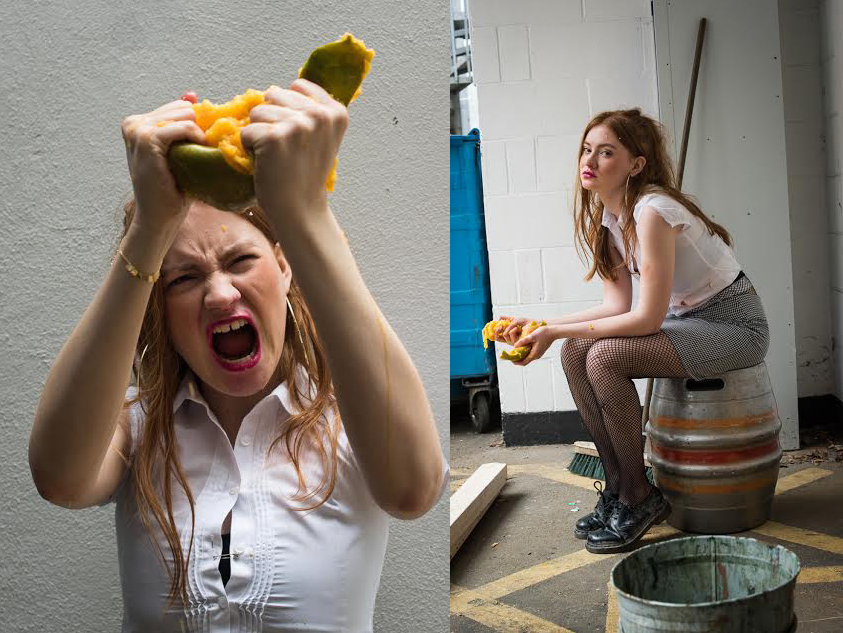 Theatre Bubble: What makes the Camden Fringe different?
Rachel Tookey: The Camden Fringe is just a great eclectic festival, with a wonderful mix of off-beat and kooky shows. It’s a chance to showcase work in London, and is way more accessible and supportive than a lot of other festivals (cough Edfringe).

TB: What inspired you to write this play?
RT: Everything from Batman to Bonnie and Clyde, it’s a real ode to American forms of storytelling that glorify violence and the underdog. There’s this really uneasy relationship between violence as entertainment, and violence as taboo – I wanted to play with that relationship and stretch it till it snapped like a wishbone. I also love unpicking narratives and talking about how we make characters and stories, so the play is a real journey through the rabbit hole of one woman’s different personas.

TB: The show has been performed before – what did you learn from this experience, and how has the show changed for a London audience?
RT: Mostly I learned that I could go bigger and bolder with the way I was telling the story. This time the director and I have been a lot more inventive in our narrative style and ambitious in the ways we’ve done it – we’ve now got animations, ballet, and mangoes happening on stage (at the same time). Now we just need to see if we can pull it off…

TB: Any advice for practitioners looking to make the leap from student to professional theatre?
RT: Surround yourself with people who want to make good theatre – I’d definitely recommend the Camden Fringe as the first step to showcase your work. And don’t be afraid to start acting like a professional, even when you’re still using your student card to get discounted theatre tickets.