Following rave reviews and a record-breaking run in Chichester, Cameron Mackintosh is delighted to announce the West End transfer of the critically acclaimed hit musical “HALF A SIXPENCE” – which he co-produced with Chichester Festival Theatre – introducing the sensational new star Charlie Stemp as Arthur Kipps.  Performances will commence at the Noël Coward Theatre from 29 October 2016. The first booking period is on sale until 11 February 2017.

This new stage version of “HALF A SIXPENCE”, the musical adaptation of H.G. Wells’s semi- autobiographical novel ‘Kipps: The Story of a Simple Soul’, is a completely fresh adaptation which reunites book-writer Julian Fellowes (Oscar-winning screenwriter and creator of Downton Abbey) with George Stiles and Anthony Drewe, the musical team that co-creator Cameron Mackintosh first put together to create the hit stage adaptation of “Mary Poppins” with Disney. The score is inspired by and features several of composer David Heneker’s exhilarating songs from the original production, including ‘Flash Bang Wallop’, ‘Money To Burn’ and ‘Half A Sixpence’. 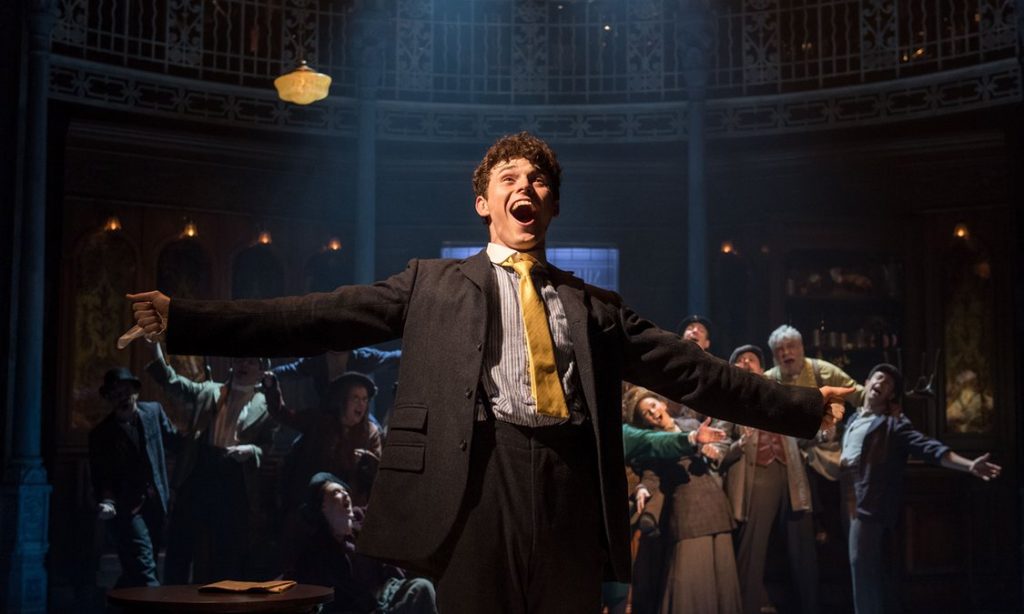 Arthur Kipps, an orphan and over-worked draper’s assistant at the turn of the last century, unexpectedly inherits a fortune that propels him into high society. His childhood companion, Ann Pornick, watches with dismay as Arthur is made over in a new image by the beautiful and classy Helen Walsingham. Both young women undoubtedly love Arthur – but which of them should he listen to? With the help of his friends, Arthur learns that if you want to have the chance of living the right life, you need to make the right choices.

Cameron Mackintosh said: “I am absolutely thrilled that our new version of the iconic British musical Half a Sixpence has gone off with such a flash bang wallop and been so rapturously received by both audiences and critics alike, breaking box offices records in Chichester.  The show’s amazing cast is headed by the sensational new young star Charlie Stemp, who has put his own brilliantly original stamp on a part that fifty years ago launched Tommy Steele’s international theatre and film career. Everyone seems to agree that history is about to repeat itself with Charlie, whose performance is sending audiences into raptures nightly.

I’m also thrilled that the show is going to open in London at the Noël Coward Theatre, original home of another great iconic British musical Oliver! which premiered in 1960, three years before Sixpence opened up the street at the Cambridge Theatre. The spacious Coward stage will perfectly show off Paul Brown’s brilliant design.”