Review of: The Toad Knew

A surreal dream unleashing the potential of the imagination and the body.

In my limited experience, the Edinburgh International Festival seems to exist to provide artists with an arena in which to make work without being held to account. Due to their and the festival’s stature, they are pretty much guaranteed an audience and rave reviews. It is the patronage model writ large, stratospherically far from the commercial struggles of the Fringe. The word ‘indulgent’ can’t even be applied to its produce, because that is the Festival’s raison d’être – the artistic indulgence of the highly-acclaimed, and the fruits of this indulgence. A revival of a memory play, itself first created for a Broadway run three years ago. A three hour Richard III without an interval. And The Toad Knew – a grand, extraordinary nonsense from a critically-acclaimed genius. Whose work, here at least, is complete with all the trimmings of the term – complex, playful and a little beyond anyone else’s understanding.

Of course, it is a contrived argument that ignores the fact that most of the EIF programme were produced for other theatres and have toured extensively prior to the Festival. But the EIF is part of this structure of support, which lifts certain individuals and companies beyond the buffets of criticism or commercial exigency. It enables, if only for the privileged few, creative risk – or what would be risk if it wasn’t for the sure defence of rock-solid reputation. 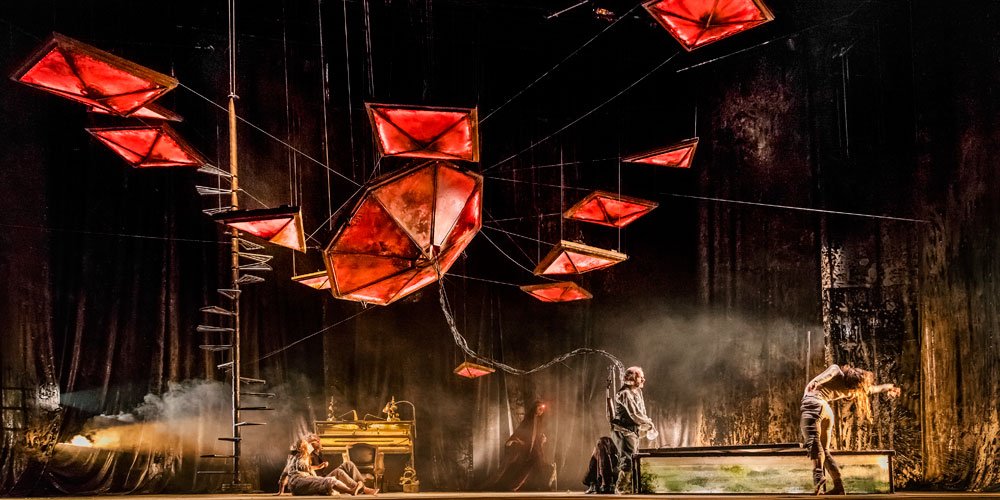 The Toad Knew is the latest phantasmagoria from James Thierrée – the Swiss clown, acrobat, musician and poet who began performing in the Circus at the age of four. Childishness suffuses this work, which earns the epithets of ‘spectacle’ and ‘dream’ which have been more often ascribed to it than that of ‘theatre’. In this world, tin plates endlessly multiply, arms can be removed and grow again, a piano becomes alive and the whole piece is watched over by a spider-like robotic structure.

The performers are perhaps the most talented I have seen perform this August, with bodies capable of sustaining the demands of this surreal world. James Thierrée himself features, with a physical style unlike anything I have ever seen before, a fusion between clowning physicality and street dance body-popping. Thierrée and the rest of the cast perform in a series of sequences in which the imagination and the body become one vehicle, and anything seems possible. These often manifest as sublime clowning sequences – in one, Thierrée and his stooge Yann Nédélec swap arms. In another, Thierrée’s jacket becomes concrete-heavy. The range of the show’s imagination is beyond compare, and would be impossible to fully document.

Whilst Thierrée is the star attraction, equally astonishing is Valérie Doucet as his sister-figure. Impish and wild, travelling by backflip and bodily contortion, she is the perfect manifestation of the imaginative body. For me, Doucet provided the most memorable moment of the show – standing on her hands in a tank, her legs became two flamingo-like puppets testing the water. In fact, this is where The Toad Knew was at its strongest – whimsy powered by extraordinary physical skill. 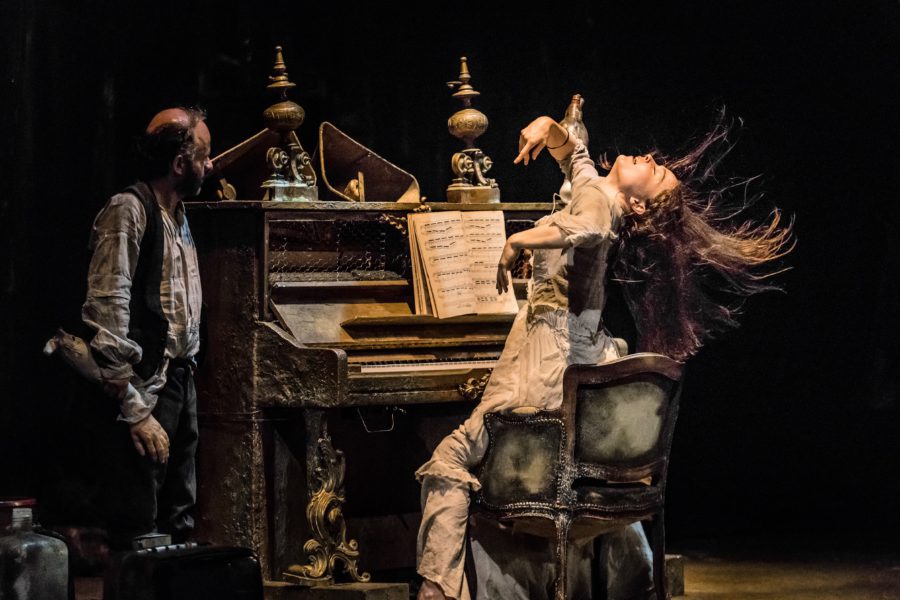 These are overshadowed – literally – by the cavernous space and the technical wizardry it houses. Whilst spectacular, the sheer scale of the enigmatic superstructure dominating the space risks our alienation from an already fragmentary piece. Like Thierrée’s imagination, the piece is a mystery that excites our fascination but threatens to lose our empathy. But despite this, the show does find a way to appeal to our hearts. Watching Doucet transform into a seal with no explanation, I found myself overjoyed for a show that allows us to believe in a world of surreal magic, in which such things might be possible.

I began this review with some general musings on the cultural canon of alternative theatre artists. And I don’t believe I am a critic of it. James Thierrée has earned his indulgence. We need our dreamers. And we need our dreams to be protected.