Produced by:
Mice On A Beam

Mice On A Beam's The Telemachy respected the scale of The Odyssey and its entertainment value, maintaining the fundamental excitement of the epic journey

A travelling poet staggers onto the stage, clutching a battered suitcase covered in stickers from all over the world. He takes his time, stops, and takes a swig from a wine bottle labelled ‘Dionysus’ before noticing his audience. Thus begins Mice On A Beam’s The Telemachy, an original take on The Odyssey that shifts the focus of the story onto Odysseus’ son Telemachus, finding a vibrant new angle and meaning in Homer’s classic tale. The storyteller’s initial entrance immediately shows us what to expect: a rock-n’-roll attitude, a focus on youth, a story that has travelled worldwide and just a dash of irreverence. 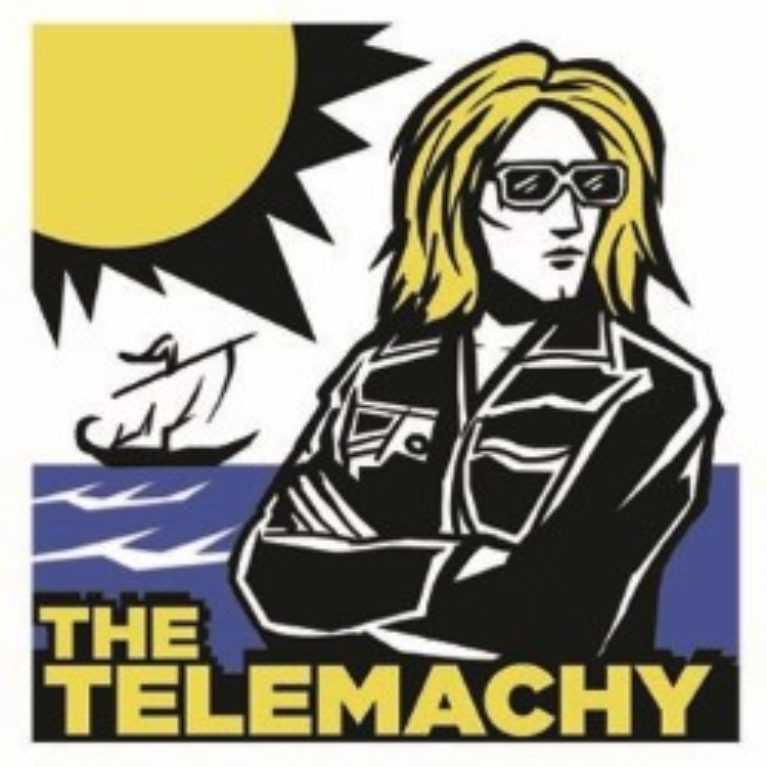 What little set there was proved effective, signs for each country in Telemachus’ travels emphasising the scale of his journey and the epic nature of the tale. I enjoyed the new relevance that was found in this age-old, arguably a little worn out tale; as the storyteller complains, it is a story we constantly retell (and study, as any English student can testify), so perhaps we should look at it a little more closely to see what we can learn. The overtones of hope in Telemachus finding his voice and the happy union of the older and younger generations was an interesting angle, and zooming in on the younger perspective of political stories is current and poignant. We don’t, as the poet says, ‘just sit on a beach tweeting articles from the Guardian.’ Going back to the classics to convey this message is a risky move, not only in terms of finding the resonance but in the danger of wallowing in intellectual parallels, inadvertently creating something self-indulgent and inaccessible. This was not so; even those with a very vague knowledge of the Odyssey like myself, or those with none at all could have taken something away from this piece. The political angle was not without its faults – this is not the first piece of theatre I have seen that has attempted to awkwardly shoehorn in Brexit jokes, and the scattered titters at these only emphasise that the significance of the story should somewhat speak for itself without needing such overt (and persistent) insertions.

Aside from intellectual meaning, Mice On A Beam respected the scale of The Odyssey and its entertainment value, maintaining the fundamental excitement of the epic journey even with only one actor on stage. Arman Mantella should be commended for this energetic performance, keeping us fully engaged for the hour; skilful storytelling and character work and a captivating stage presence made for an overall successful production. While my allegiance to his character and story may have faltered slightly at points, the sincerity and intelligence of the production shone through.