Review of: The Six-Sided Man

“See yourself. Understand yourself. But don’t be yourself.” This, according to the eponymous Six-Sided Man of this two-hander, is the ethos of modern psychiatry. He offers a different path – surrender yourself to the die. Treat the die as god. Or, as Gavin Robertson’s often lyrical script puts it, “let your spirit be blown on the winds of whim.”

There are two rules to the die: never give the dice an option you’re not prepared to follow, and never disobey the die. Teaching these rules to one of ‘The Patient’ (Gavin Robertson), ‘The Psychiatrist’ (Nicholas Collett) guides him through a series of scenarios in order to free him from a life where “every day we retrace our footsteps.” These scenarios are enacted in mime, as is the whole play – so that we are never certain how much of this is rehearsal, and how much of it is real. The mime work here is solid – although some of the physical sequences are a little uninspired, resorting to repeated motifs of shark-like circling. Often, it is clear what is happening, but not necessarily what is at stake. 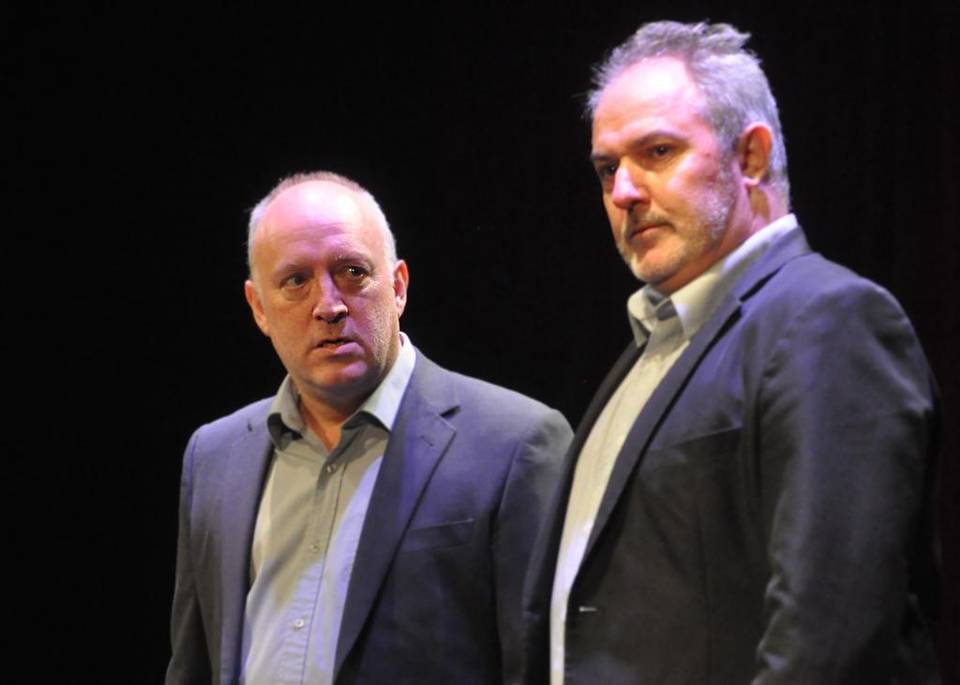 Robertson’s performance as ‘The Patient’ is fascinating. He is an entirely engaging performer, and his patient is a bleakly comic figure – a slack-jawed sadness of a man, constantly fumbling even in his fantasies. The mime sequence in which he attempts to seduce the object of his affections is particularly precise, and an entertaining demonstration of his talents. Collett’s psychiatrist, despite long monologues that claim the contrary, appears to be a less complex character. On more than one occasion moments of high tension between the two are broken by the psychiatrist bellowing – a cheap shot in an otherwise controlled performance. The play’s progression does however see some more detailed development for Collett, with his rousing conference speech in favour of the die being a particular star turn.

This is a production that has been performed around the world for thirty years, and parts of it feel outdated. Despite the subject matter the direction steers from the daring, and the piece as a whole is uneven. Parts of the plot are unclear, and the ending is a confused climax. However, the script is still clearly the work of a skilled writer, but for this reviewer did not cohere as a piece as a whole.