Review of: Snakes and Giants

The tale of two women attempting to define the landscapes of their lives.

Snakes and Giants, the latest offering from York-based company the Flanagan Collective, is concerned with borders and landscapes. Coasts, the edges where land ends and sea begins, are explored side-by-side with personal borders, as the company examine how we map and scope out our own microcosmic landscapes. Snakes and Giants is a quaint, quiet show that takes us through two parallel stories, and although its slow pace can feel a little frustrating at times, it is a touching, folky show with two watchable central performances.

Alexander Wright’s script charts two different stories, the characters themselves never interacting or even being aware of each other’s existence, and yet each necessary to the audience’s understanding of the opposite. Without one, the other’s plight would be incomplete, despite their plots never interacting.

One story following Shenna – a huge woman, said to be as old as the hills, rambling about how things used to be before the country became charted and possessed – is interesting enough, and is told and performed with versatility by Veronica Hare. But the story following Allie (Holly Beasley-Garrigan) is far more developed and endearing. 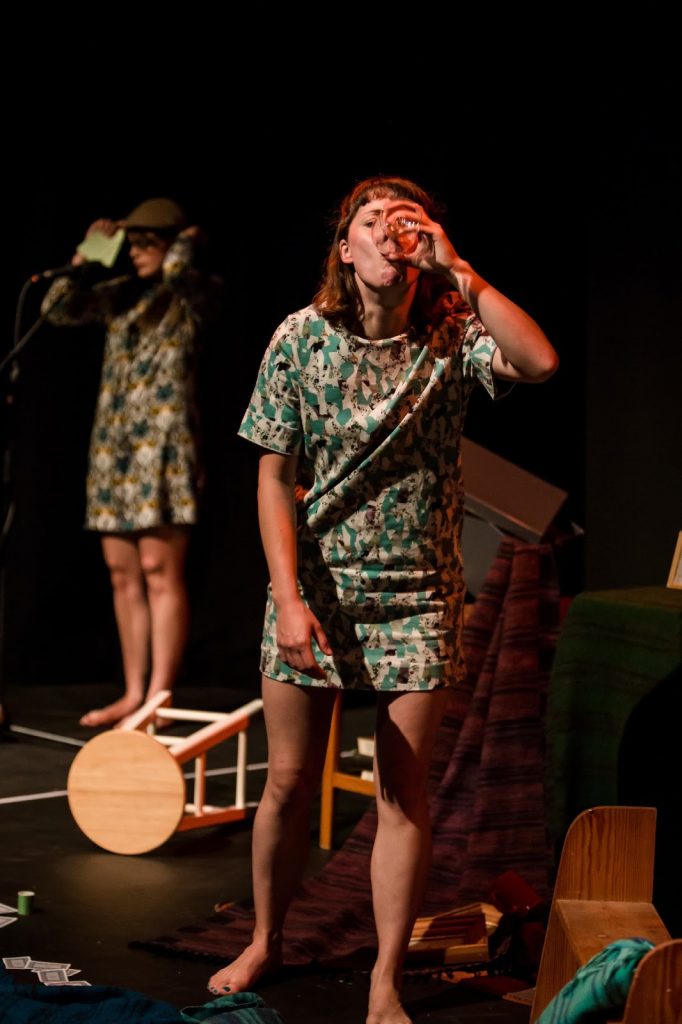 Perhaps this is the point; Shenna is part of the old landscape, and is static in her ways, while Allie is forced into a new point in her life and desperately scrambles to figure out the new edges and coasts around her. But due to the direct address of Beasley-Garrigan’s performance, contrasted with the more traditional story-telling form of Hare’s part, the former is a far more interesting and vital part of the show.

Although it would have been great to see Shenna’s character developed more, Hannah Davies’ direction allots equal amounts of landscaping to both performers. Boxes are unpacked, wine glasses set down and filled and their contents drunk and set down again, bunches of lavender moved from place to place. Just as their characters try and wade through the process of constructing their own personal landscapes and boundaries, the performers form an ever-changing landscape in their performance space.

Although the show feels unevenly distributed in its attention to the characters, Snakes and Giants is enjoyable, and whimsically breezes through the lives of the central characters. It’s fun to watch – it may not change your perspective on your own personal landscape, but it’s certainly enjoyable to watch the characters and actors building and rebuilding their own.