A bouffon double act with sublime spontaneity that lacks bite

Fringe favourites Flabbergast Theatre have created many cult classics – most notably the entire series of Boris and Sergey adventures. This year they’ve brought their own space – The Omnitorium – to bolster Assembly’s programme. A kind of circus-tent studio, complete with a bus/bar serving cocktails, The Omnitorium is atmospheric but problematic. Fireworks interrupted the performance at multiple points in the show and it is hard to forget the Fringe happening all around. For Flabbergast’s quieter, more meditative work Tatterdemalion this proved a distraction (albeit a minor one) – fortunately, the Skrimshanks pair deserve kudos for taking this in their stride. 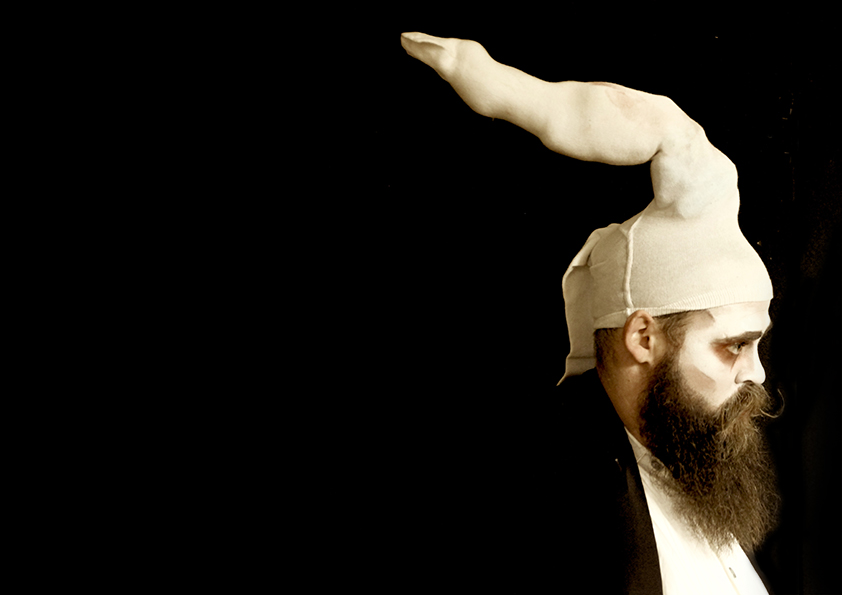 Admittedly, reacting to what is thrown at them is what this show is all about – there is no clear premise to this show beyond what happens when the audience is trapped in a room with two pompous and balloon-stomached bouffons. Having separated some audience members into onstage groups of “Low Born Scum” and the “Unfortunate” (other chalk circles on the floor include “Anonymity” “Critical Acclaim” and “Dramaturgy”) these bouffons guide us through an unpredictable hour of audience manipulation. Fortunately, performers Jack Kelly and Henry Maynard have a skill for spontaneity that is unparalleled even alongside the endless university improvisation groups featured at this year’s fringe. The pair have an unbeatable chemistry, falling easily into competitive word games which twist their audience’s words into the absurd.

The pair’s style is softer and subtler than I had expected, coaxing our audience into their world through a combination of excellent cartoonish physicality and gently insidious questioning. Turning unexpectedly on one of the ‘safe’ sat audience members to ask “do you think you are beautiful?” led Maynard into a sublime skit about warming his hands using that audience member’s eyeballs. It is in these moments that we are given a glimpse at a wider, darker meaning within the piece which is suggested but never stated. The hour feels loaded with a sense of imminence, that what we are seeing is the prelude to something truly bleak. Unfortunately, this never fully materialises – the eggtimer given to a responsible member of the audience rings, to our disappointment, bringing the show to an end.

Skrimshanks is an amusing and alive work of buffoonery, but lacks bite and doesn’t quite descend into the anarchy that it promises. What we get instead is sad and touching – the light slowly dying on these charming freaks as they murmur about the unattractiveness of their needs. It is a superb example of spontaneous clown-theatre, and I recommend it higher than I rate it. I truly believe that this show, perhaps in a different space, or with a different audience, has the potential to achieve the explosive chaos it aims at.