Sat in the technical marvel of Paines Plough’s Roundabout, I spied a single bottle perched between a woman’s legs – the bottle with a label, BITTER LEMON written in farcically bold font. It was almost a deliberately placed pun – a hint of the emotional turmoil to follow in what is sure to be a Fringe hit, now in its second year running.

Lemons Lemons Lemons Lemons Lemons is a play with a conceptual quandary at its core – an exploratory piece trying to discover something new and invigorating about ‘words’. Oliver and Bernadette, a new, seemingly millennial couple, push through the issues and grievances within their relationship in the midst of a great communication upheaval – no longer is speech left unchecked, now there is a quota – a maximum daily limit for the number of words spoken. How do you articulate everything going on in your head when there’s so few words with which to say it?

Two microphones and an empty Roundabout stage provide the ideal, spartan backdrop for this verbal exploration. The audience are thrust back and forth temporally, witnessing Oliver and Bernadette both before and after the introduction of the quota. It’s a startling transformation, the new word limit keenly and unsettlingly felt as the sheer frustration of not being able to articulate ideas seemed to unnerve both spectator and character. This use of form is exhilaratingly new – something as simple as constantly making audiences aware of words – is a wonderful concoction and unlike anything seen at the Fringe (which is quite a feat!).

There are indeed dozens of two hander shows that attempt to deal with modern questions of ‘relationships’ (nonetheleast a rather fantastic iteration of Lungs that played at Roundabout in 2015), but Lemons is a play cut from an entirely different cloth. For all the chemistry between the two performers (Beth Holmes and Euan Kitson, who, after 3 years on the project, show that they wear the characters and concept with ease), it’s fair to say that the real star here is Sam Steiner’s central concept, his own personal thesis. 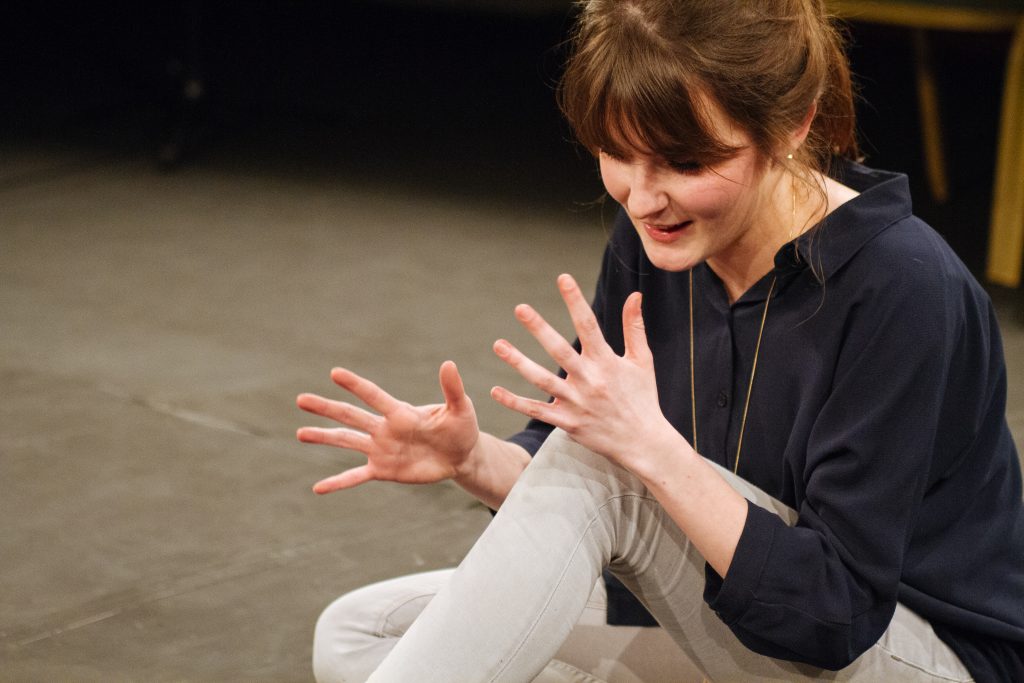 It’s entirely feasible that this reviewer came away mulling over very different questions to the rest of the sell out crowd, but one of the more striking points seemed to be that, while to limit someone’s word usage seems abhorrent, is it not also feasible that to leave things unsaid could be, perhaps, preferable? That to cut away any irrelevant or irrational words and leave only what is most essential – the expression of love, or anger, of bitterness even – may actually allow for a more cohesive existence?

Dozens of questions were floating around the Roundabout as the play ended with a gutwrenching abruptness, and the audience left, almost ironically, speechless. This is a performance with a long future, and it will be exciting to see where Steiner turns next.