Review of: How to Win Against History at Assembly George Square

How to Win Against History won’t need reviews or star ratings, but will no doubt steam through to success on the giddy word of mouth it will provide - expect a packed out crowd at Assembly’s Box over the next few weeks.

How to Win Against History is a show that screams Fringe – interrogating form, dosing whimsical and on-the-nose humour, all densely packed into a cramped box space (I was constantly terrified that one of the actors was going to knock their head on an overhead light). As it stands however, Fringe novelty is no longer a novel concept, and to really make shows stand out it need to break ground that audiences didn’t even know needed breaking. In that regard, this most recent attempt from the comedic mind of Seiriol Davies makes great progress, in a luscious hour of tightly woven entertainment.

We follow disgraced nobleman Henry Cecil Paget, 5th Marquis of Anglesey, across the last decade of his 29-year long life – a frantic, unsatisfying existence filled with failed performances and artistic disillusionment. This is anarchic, sweaty, blackbox theatre, buoyed by wonderfully laced musical interludes and a superb three hander from the cast, each never taking anything too seriously – an essential facet for a month-long run. With Paget the embodiment of an entitled, failed thespian, the metatheatrical jokes run throughout, with the highlight being a sign presented at one instance asking for one person (and only one) in the sell-out crowd to clap (which a single soul then promptly did). 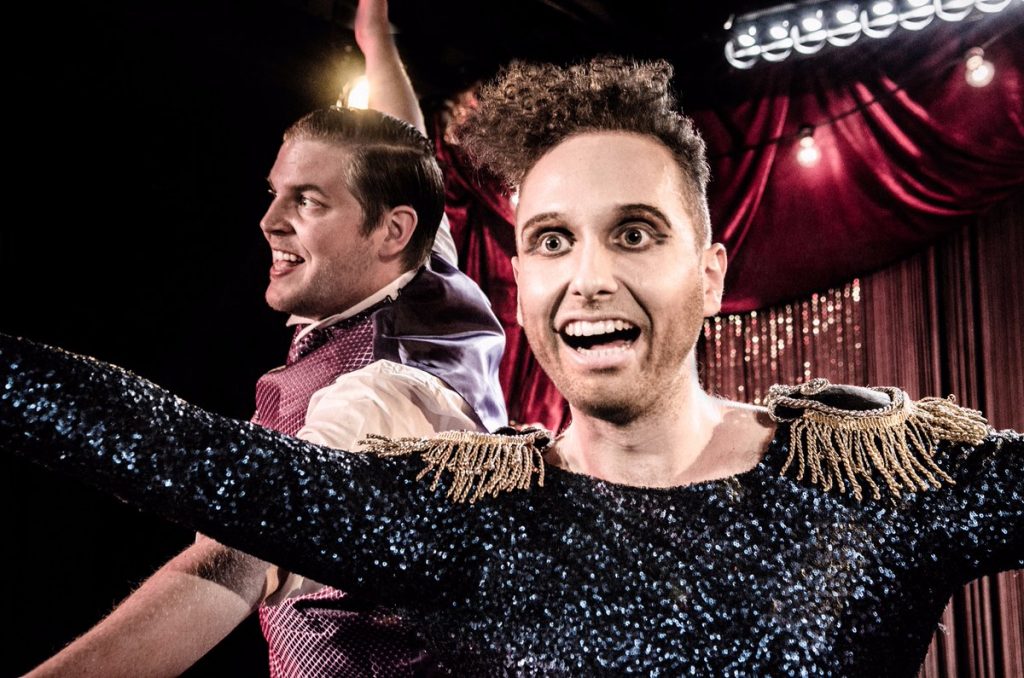 In recent years it has invariably become fashionable to provide a generation of shows portraying post-colonial British sentiment in enticingly novel and glitter-adorned way – serving up deeply laced commentary through the lens of cabaret and on-the-nose jokes. Here it once more comes off as a general crowd-pleaser, particularly jokes about Eton traditions and Imperial injustices. It’s a sham that this didn’t push just that little bit further, sticking somewhat to its guns rather than truly accomplishing as much as the concept may have done.

The buoyant buzz of the first act dampens somewhat in the middle before a cathartic conclusion, but on the whole this is the form of cult comedy that will consistently draw the Fringe crowds – an educated and witty laugh, poking fun at all the right things in all the right ways. How to Win Against History won’t need reviews or star ratings, but will no doubt steam through to success on the giddy word of mouth it will provide – expect a packed out crowd at Assembly’s Box over the next few weeks.