Something is here, but it's buried under the rubble

In a foreign battlefield, two women soldiers have been left alone to defend a compound. Their superior told them she would come back for them very soon. Days pass and begin to blur into one, accompanied by a monotone of sleep deprivation, distant bombs, a little vodka. The radio doesn’t work. Will anyone come?

Dropped is a new play by Katy Warner, produced by Australian outfit Gobsmacked. It arrives in Edinburgh fresh from the Adelaide Fringe, where it won the prize for best local theatre production. 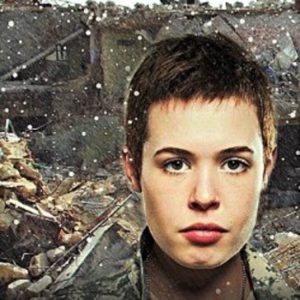 Just because a play is about two people in an interminable situation doesn’t mean it should be interminable to watch—but here, when I say that nothing much happens, that’s all I mean.

Warner’s script trades in repeating strands layered on top of one another. Sometimes it works, but even then it demands to be handled quickly and crisply, which it isn’t. Every psycho-absurdist throwaway is here made into a way of plumbing the deepest depths of the characters, which becomes exhausting almost immediately.

The conversation runs laps around its dreary motifs so slowly and for so long that even when something does eventually threaten to happen, it’s too late for the play to regain our interest. “I keep dropping things,” one of the women keeps saying. The other thing they both keep saying is “they’re not mutually exclusive”, which might conceivably mean something about dogmatism, and is also about binarism, which is clever, because there are two characters. Do you see?

So the script isn’t perfect, but it’s also done no favours by this production’s misguided, plodding naturalism. The actors are caught in the middle of a script and a directing style incompatible with one another. The actors end up as isolated as the characters they’re playing. They are entirely unsupported by the production—an awkward box of a set, static lighting, and Edinburgh’s least convincing fake baby.