Produced by:
The Lincoln Company

Breath—being less audible than speech, less visible than movement—is all too easy for performers to forget about. And that, in this no-words Dracula performed by Lincoln University students and alumni, is the first problem. It’s not that the actors in this movement piece breathe, nor that they do so expressively. It’s that the communicative capacity of breath is made use of so erratically; there aren’t clear rules; characters snort and huff artificially in one scene, they’re artificially silent in another. Has breath been forgotten about altogether? Or is it just that the music is too quiet?

And that music: in a show like this, an all-physical theatre, wholly wordless adaptation of Bram Stoker’s novel, it has a heavy load to bear. At the start, its modish, synthy chords are full of promise; by the end, though, it’s collapsed into kitschy melodrama. It’s a shame, because Dracula’s movement achieves a good deal: we get the outline of a plot, the sense of real characters. Lit, for the most part, from directly above, the stage is full of deep, sculptural shadows, and striking images abound. 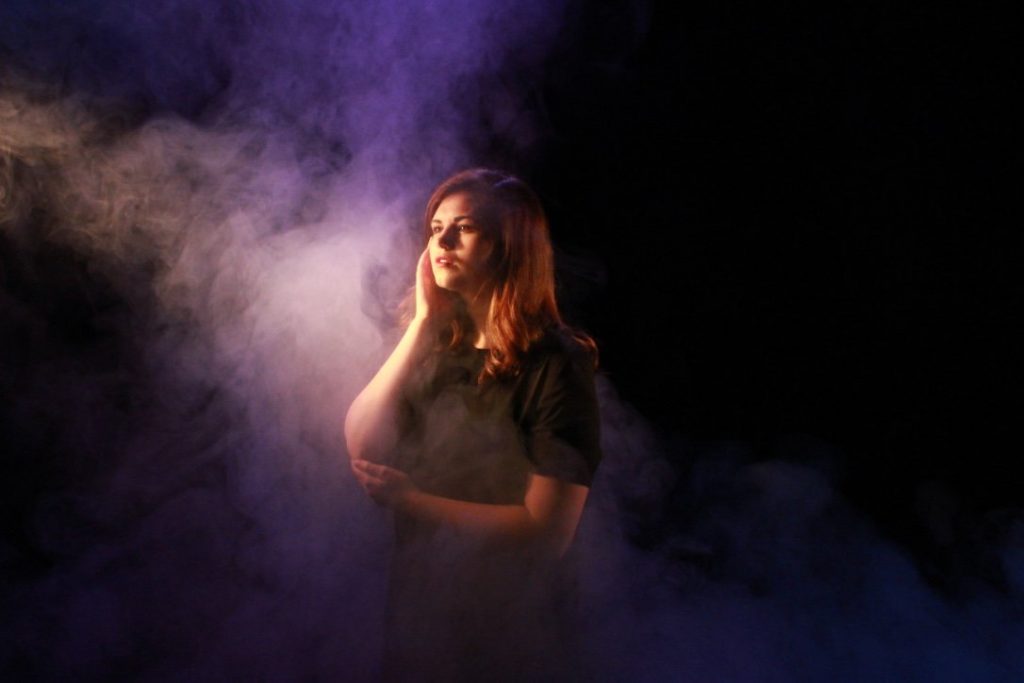 But these do not ward off the sense that movement, in Dracula, is something that the actors often do, and not a mode they always occupy—not a set of rules governing an entire world. It’s the way that they sometimes move naturalistically, sometimes gesturally and impressionistically. What kind of theatre is it? Dracula quivers somewhere between a ballet and an extremely stylised play. That kind of crossover could work but—think again of the breathing—it doesn’t, here, have enough of the courage of its convictions.

All this is underwritten by some serious thought and engagement. I’m struck by the way the company aims at “re-introducing the body into Stoker’s language”. It’s refreshing, and it draws on ideas originating in feminist theory, which makes it more of a shame that the women in this adaptation (Lucy, Mina, and a vampire woman, Dracula’s “bride”) don’t have more agency and more stage priority than they did; then again, it’s difficult, in this wordless adaptation, for audience or actors to venture far from those bare bones of the story that everyone knows.