The Underbelly Circus Hub may have packed its bags and left on the 22nd August, fleeing the sinking ship of the Fringe and leaving behind a lot of dead grass, but in the Underbelly’s gigantic purple cow on George Square one circus company stuck it out until the very end. Dubbed ‘the rockstars of the circus world’, Circa made the most of the intimate (well, more intimate than the big top) setting of the Udderbelly to astound its Fringe-weary audiences. 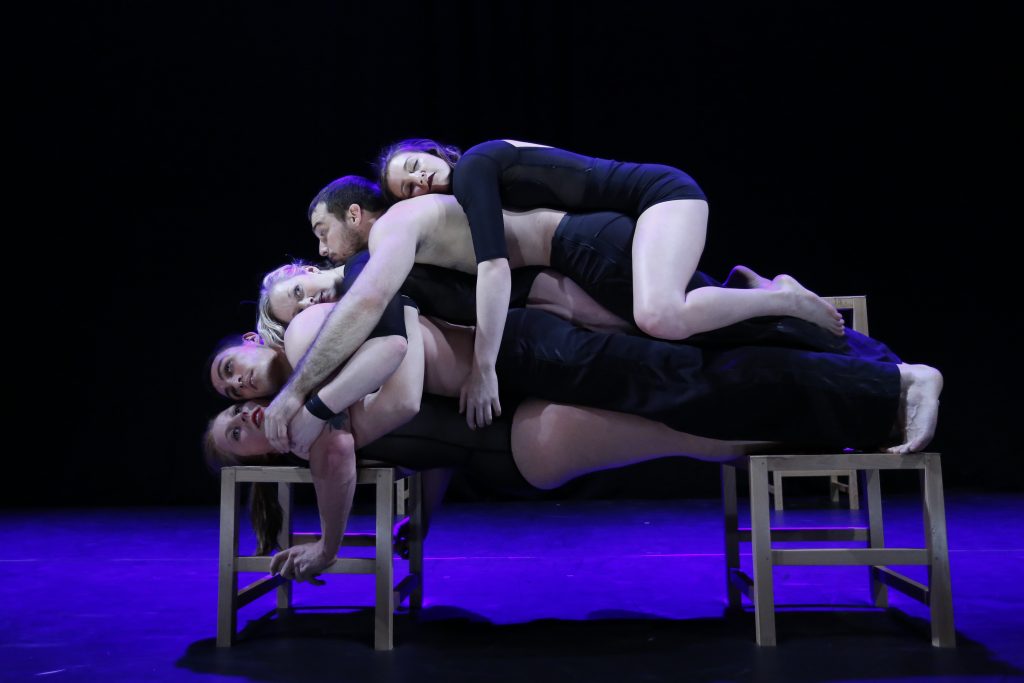 I will confess to not being a circus acolyte, usually unimpressed by feats of acrobatic skill without a narrative to enable our connection with the performers. But here, so close to those onstage, I abandoned all cynicism. They do not need a story – they are the story. Their triumphs are more believable than those of any stage hero I’ve seen – we can see them for ourselves. I, with the majority of the spectators, sat open-mouthed or gasping at death-defying leaps and displays of incredible strength that turn into aesthetic masterpieces. It is a testament to the extraordinary power of this troupe that I was unable to tear myself away from the spectacle onshow for long enough to write much in the way of coherent notes. Similarly, the audience were often driven to spontaneous applause – only for the previous trick to be immediately trumped by another.

The chemistry of the performers is a significant part of Circa’s success. Our connection to the company is forged through their generosity in showing both the effort and the affection required to pull off their routines. On very rare occasions – for example, in a hula-hooping routine which provides a neat commentary on multi-tasking in the modern world – there are small slip ups. Yet these do not distract, but rather contribute to our appreciation of the humanity of the performers. This warmth is allowed to come to the fore in several comic sequences, the most memorable involving members of the audience joining the performers onstage in a sketch turning the awkwardness of a first date into acrobatics.

Whilst the Fringe may be over, I would urge all circus cynics to catch Circa as soon as they can. You will be inspired by what the human body is capable of. Circus is the new sexy.