Given the scale and importance of the subject matter, it may be worth getting the practicalities addressed first – this was a performance directed with finesse, pulled off in an innovative technical environments (I was later told that the lighting had had a few hitches and was in some places improvised – if that was the case then there was some incredible on-the-spot coordination going on mid-scene). An array of lights littered the stage, each conjuring up a variety of shades, washes and effects as desired. In the middle, a red, soft, circular carpet formed a large O – a space in which the performers inhabited and recounted their tales. Edward Stambollouian ramps up the tension without a care, often dialing his performers up to 11 before they plummet back down to silent pause. This was an intense spectacle, no doubts about it. 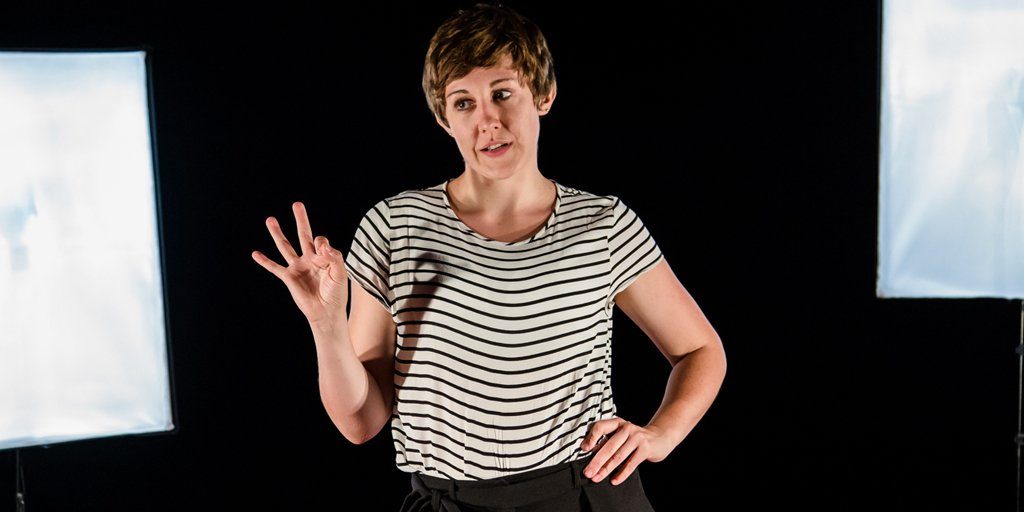 Some elements felt softly reminiscent of McBurney’s The Encounter (particularly the naked tech on stage, and the subtly hypnotic circuits jogged by the performers), but what was so essential here was that the stories were never hampered by any of this – events were left explicit, no props other than a single, concierge bell were used throughout. The raw, emotional anguish of the performance managed to bleed through, often unchecked, with a heady lack of clarity. For a subject that still entirely obscure, and unsupported, this feels incredibly apt, though somewhat meant the show felt that it in itself was unsure of its own mission statement.

Charlotte Josephine has leapt straight to the heart of an incredibly controversial and shifting issue – one where victims are often deprived of institutional support due to a widespread lack of awareness. BLUSH certainly goes some way to aid the issue, showing just how expansive the problems can be and the variety of ways in which they manifest themselves. The cast, as a result, have a tall order matching the ambition of their playwright, for the most part succeeding in spades. Only during some of the more frantic and intense sequences, with voices and characters overlapping and battling one another for supremacy in a way that left me, perhaps personally, frustrated at not being able to keep pace. A few more pauses, and time to mull over the various characters would have perhaps amplified the magnitude of the issue.

Blush is, nevertheless, show is causing the right stir and providing all the right questions – it will be exciting to see where it goes after the Fringe wraps up.