Review of: Be Prepared at Underbelly Cowgate

Produced by:
The Other Place

Be Prepared is perhaps as much a warning as a show title. We emerge to a cavernous room nestled deep within Underbelly’s Cowgate, a pot of fake flowers and a paltry copy of the Bible being the only required props to signal that this was a funeral.

Be Prepared is perhaps as much a warning as a show title. We emerge to a cavernous room nestled deep within Underbelly’s Cowgate, a pot of fake flowers and a paltry copy of the Bible being the only required props to signal that this was a funeral, a thrust stage enticing audience members to surround a decidedly empty performance space. The outlook is bleak. 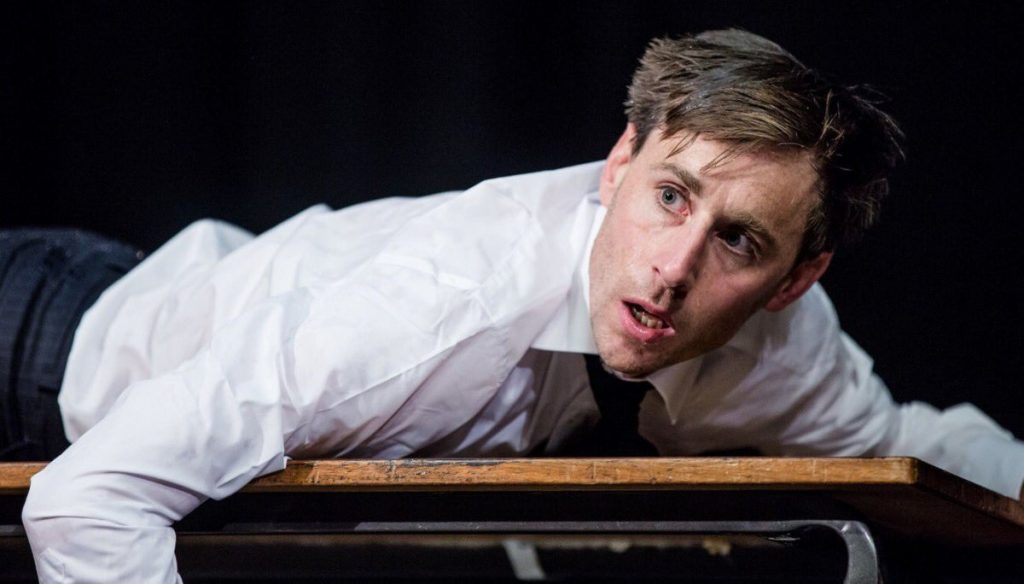 Grief drips from the show faster than the sweat on Bonar’s brow, in a grippingly punchy saga of loss – familial, personal loss that flashes through time and reflects inner insecurities that eventually bubble to toe fore. Bonar is a fantastically nuanced writer, creating vivid characters through sustained narration and woven dialogue. There is an earnest frankness to proceedings, one that invariably created some wonderful passages. In the thrust stage of Cowgate this sense of intimate insecurity was heightened – helped by some delicate lighting transitions in key places.

Structurally however, the frantic pacing and oscillation made for a somewhat spasmodic experience – we as an audience were thrown to and from the show, from one funeral to the next. The sustained levels of grief meant there was rarely any degree of catharsis – only, perhaps, an endless bombardment of personal sadness. It’s a shame, as Bonar seems as though he’d be an incredibly comedic and amicable performer if he chose to follow such a route. Nevertheless, he has a solid performance for his first Fringe run – something that can undoubtedly be capitalised on going forward.