Review of: A Tale of Two Cities at Pleasance Courtyard

This production, mixed bag that it is, offers neither the best nor the worst of times.

What connects you to the past? A fading memory of a single indelible night. An illness that began in childbirth—the birth of a child who is now dead. In 1793, the French Republican government adopted a new calendar; it began afresh at year zero.

Revolution attempts to obliterate the past—go around Paris and you’ll see hundreds of blank niches where aristocratic coats of arms have been chiselled off a wall. But sometimes the past has a way of clawing its way back into your life. Sometimes the world appears to operate, not according to the rules of revolutionary and utopian-minded Paris, but by the nebular agency of conventions, traditions, and history, the powers that have their home in the dark heart of conservative and reactionary London. 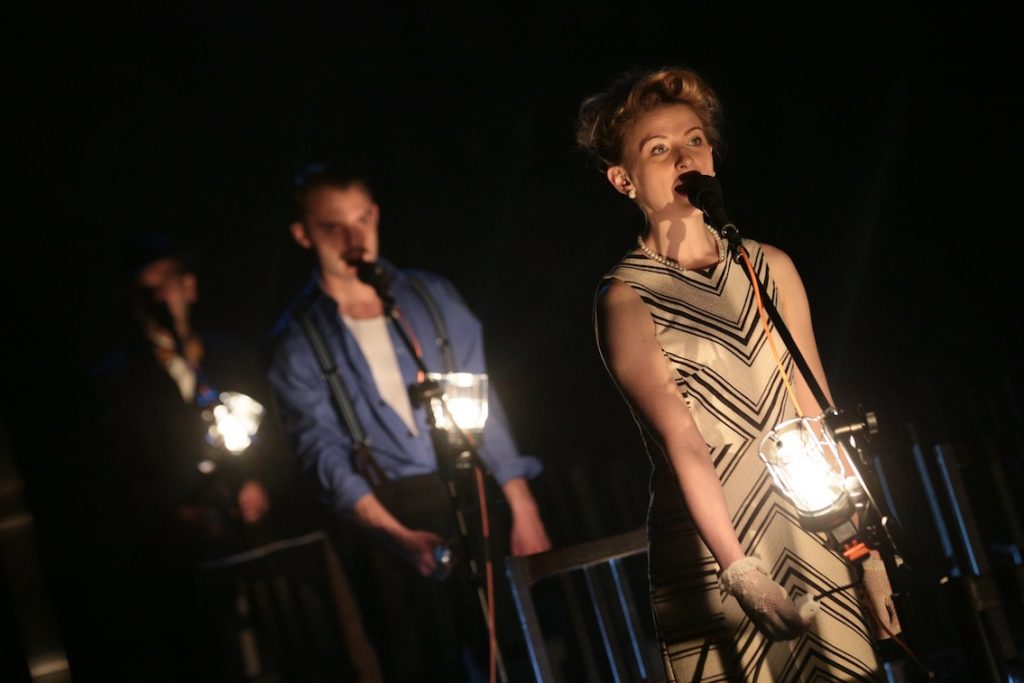 Chung Ying and Red Shift bring an array of ideas to this adaptation of Dickens’s novel at the Pleasance Beyond. The stage is covered with a grid of chairs which all, for some reason, have a pair of shoes underneath them. Actors move about between the chairs, strikingly lit by big lamps hanging directly above, or else lighting themselves with lanterns that dangle at either side of the stage. Sometimes narrative lines are spoken into microphones, also lined up stage left and right. It’s a powerful array of techniques for telling a story, although you often get the sense that it could all have been more effectively used. Were these stage tricks and quirks thought up in response to the play itself, or did the company just like the ideas and seek opportunities to use them?

It’s a complicated novel and the plot is, particularly in the first half, sometimes difficult to follow. But the writing does have other strengths. It makes an admirable go of turning Dickens’s flat characters into rounded ones, letting the play pack an emotional punch and showcasing the talent of the actors. (In particular, Graeme Rose’s Sydney—self-loathing, self-aware, his intelligence and frustration palpable and moving—is wonderfully realised.) Sarah Llewellyn’s music, sung by the actors, provides atmosphere but eventually becomes a touch repetitive. This production, mixed bag that it is, offers neither the best nor the worst of times.