Review of: Dracula at the Pleasance Courtyard

Produced by:
Let Them Call it Mischief

Price:
£7.50-11 depending on the performance, 2 for 1 tickets available 8 and 9 August
Reviewed by: Olivia Coxhead

Dracula's magic lies in Let Them Call It Mischief's astute take down of the traditional and expected, with intelligent comic writing from writers Danny Wainwright and Daniel Hallissey

At the Pleasance Courtyard, in a small portacabin affectionately known as ‘Beside’ and at 3.30pm every day, the elusive spirit of the Fringe emerges and takes form, and this year it has a Transylvanian accent. Let Them Call it Mischief’s Dracula may not be the only adaptation of Bram Stoker’s story in Edinburgh this year but it’s already selling out fast, and it’s clear why. 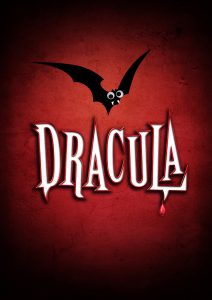 In this irreverent adaptation of the classic Gothic story, Count Dracula is on the search for his (gluten free) true love, before he is condemned to stay a vampire forever. In period (and budget) costumes, and with wittily self-aware dialogue, the five cast members character-swap and quick-change their way through the whole novel’s worth of characters over the course of an hour. Expect funny accents, fake moustaches and squirty blood, but with a script and cast that effortlessly elevates this ham-horror satire from its poorer cousins.

Sarah Bradnum gets the enviable task of taking on Victorian sexism and winning, with her strong and convicted portrayal of Mina, a character that is normally played so meekly she gets on everyone’s nerves. Graham Elwell is a force of nature, in his role as ‘all the rest of the characters’, and keeps the energy of the piece rollicking along, whilst Rob Cummings does justice to a sympathetic and sensitive Dracula, with his pinpoint sense of comic timing and textbook accent.

It’s as if the theatre gods have conspired to create the perfect example of an Edinburgh show: a classical yet irreverent adaptation in a challenging venue, carried off by an accomplished and talented cast – it screams for transfer. This kind of success isn’t plucked from the air, but is of course the result of the hard working and annoyingly talented Let Them Call It Mischief crew. Their magic lies in their astute take down of the traditional and expected, with intelligent comic writing from writers Danny Wainwright and Daniel Hallissey, who deserve extra points for getting the word contrafibularities juxtaposed with Destiny’s Child lyrics.

Dracula will be continuing its run at the Pleasance Courtyard until 29 August,with daily performances at 3.30pm (with the exception of 15 August, when there is no performance). You can buy tickets from the Edinburgh Fringe Box Office here.

Written by Danny Wainwright and Daniel Hallissey, based on Bram Stoker’s original story