And Then Come The Nightjars (★★★★ The Daily Telegraph, ★★★★ The Guardian, ★★★★ London Evening Standard), the critically acclaimed play by Bea Roberts will be touring the UK from 14th – 22nd October 2016. Directed by Paul Robinson (My Mother Said I Never Should, Land Of Our Fathers) and starring David Fielder and Nigel Hastings, this poignant and uncompromising play was a winner of Theatre503’s inaugural international Playwriting Award in 2014 and is a co-production with Bristol Old Vic, in association with Tara Finney Productions.

Staged at Theatre503 in 2015, And Then Come The Nightjars was nominated for six Off West End Theatre Awards including Most Promising Playwright. Bea Roberts was also nominated for the Susan Blackburn Smith prize. 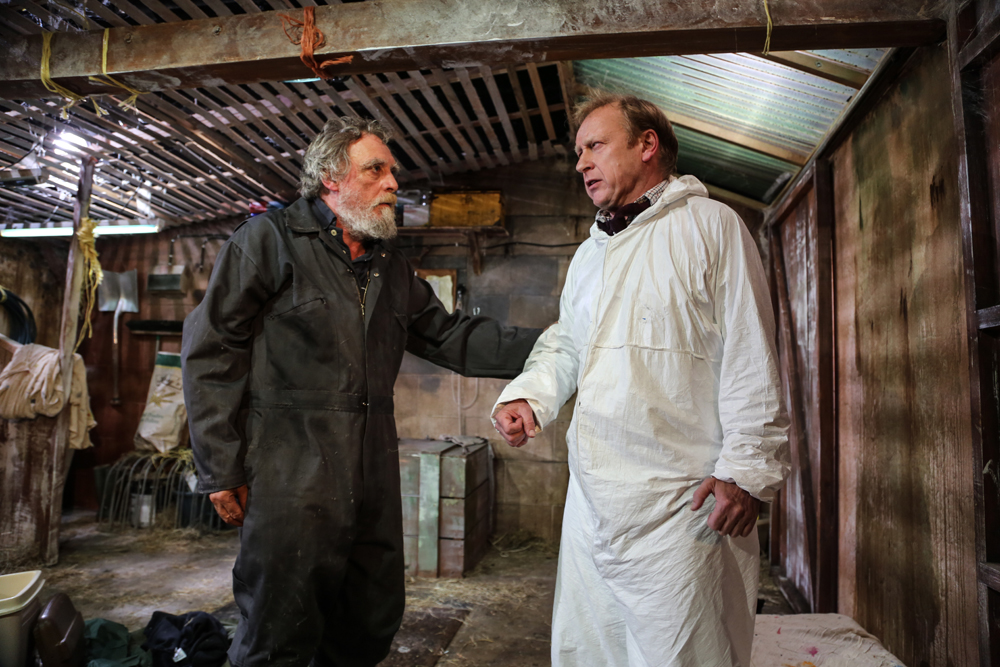 And Then Come The Nightjars is set in South Devon in 2001. It follows Jeff, a dairy vet with a problem and Michael, a cattle farmer, who is a problem himself. The two men have a begrudging respect for one another, usually expressed through a shared fag, a nip of whisky and some boisterous banter. But when Foot and Mouth sweeps across the UK countryside their friendship – and indeed their whole way of life – is thrown into question. Michael watches in disbelief as his cows are rounded up, and to his horror, it is Jeff brandishing the gun.

Tender, funny and full of love, And Then Come the Nightjars is a story of male friendship against the odds, and a tribute to vanishing ways of rural life. Bea comments, I am absolutely thrilled that Nightjars is going on the road. It’s a beautiful and very special production in which the whole creative team have crafted every last detail with so much love and skill. It’s fantastic it’ll be reaching a wider audience now.