Produced by:
The Almeida Theatre

A compelling Richard III for our times. The use of scenes from the finding and disinterment of Richard's body in 2012, and the setting of the play around that grave, helps give a strong relevance to the play and to Ralph Fiennes' exceptional performance as Richard. Unmissable.

This is a Richard for our times. The Almeida has been very smart in starting the play with scenes set around the grave in the Leicester car park where Richard’s body was found in 2012. After we have heard from the woman who found him, a perspex cover slides over the grave and Shakespeare takes over. However, we never lose sight of that grave and its presence provides a grim backdrop to the bloody scenes that develop, with its periodic re-opening also allowing some greater edge to them. But what really makes this a Richard for our times is the powerful and compelling performance from Ralph Fiennes. Yes we get the twisted body and the Machiavellian snarl, but the brilliance of this performance is his ability to draw us in and make us complicit in his despicable designs and deeds. That much of Richard’s dialogue is directed at the audience is a key part of the play, but in Fiennes hands we feel he is talking to us individually and our discomfort rises as we struggle not to appreciate his successes. As Fiennes addresses a number of the people in the stalls to ask “are you Tyrrell?” there is a palpable squirming – we do not want to be asked to do his terrible bidding, as how could we refuse? Fiennes brilliance is particularly evident in the scenes where he professes great piety and an apparent reluctance to assume power, using humour to lighten our experience but to not lose sight of the ultimate evil that we are witnessing. One moment we are smiling at his devious machinations, and the next we are gasping, particularly at the seduction (here portrayed as a rape) of Queen Elizabeth (Aislin McGucklin).

Setting the play in modern dress for once works very well, particularly given the use of the Leicester car park, and the receipt of key missives on mobile phone rather than parchment (which also gets a laugh) does not detract. Director Rupert Goold and set designer Hildegard Bechtler deserve great praise for the use of the grave, and the actors for their ability to deftly negotiate it, while the gradual addition of Hirst-like skulls on the back-wall helps us to keep a macabre score of Richard’s murderous pursuit of power. The rest of the cast is entirely worthy of Fiennes performance, with Vanessa Redgrave giving all you would expect from an actor of her stature as Queen Margaret and Finbar Lynch quite superb as Richard’s key henchman, Buckingham. 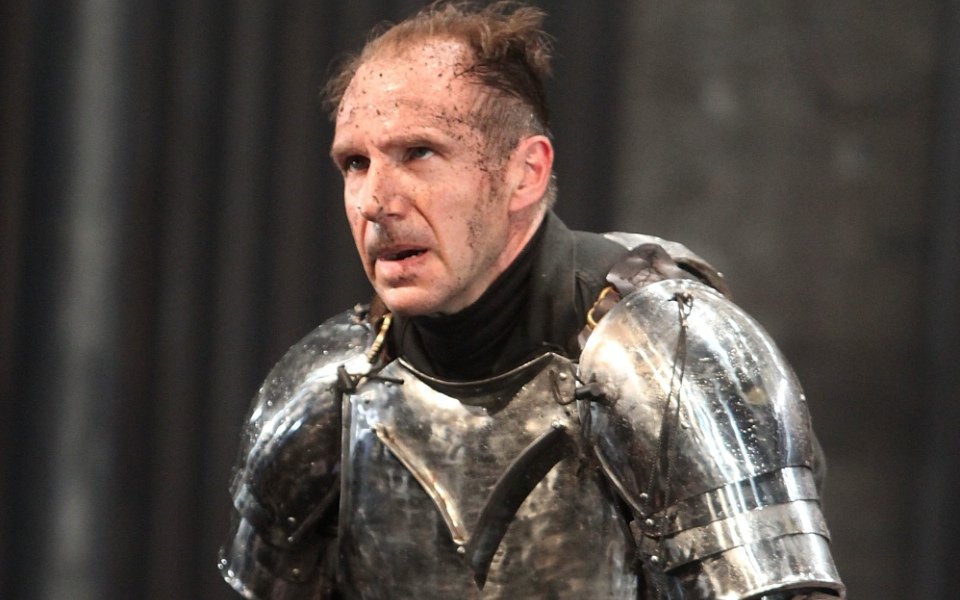 This Richard III is the ticket of the summer, but all is not lost for those that have missed out on getting one for the run which ends on August 6th. In a first for the Almeida Theatre the play will be broadcast live in cinemas on 21st July (you can find out the one nearest to you on the Almeida website). For the more adventurous the company will stage the play later this summer on Brijuni, Croatia, an island accessible only by boat. I urge you not to miss it.