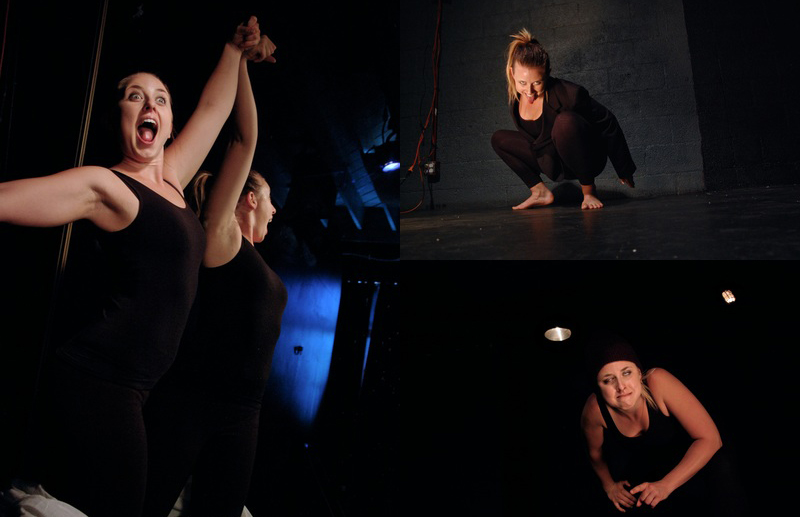 Some of The Creeps

.
Theatre Bubble: What influenced you in creating this kind of performance?
Catherine Waller: My love for physical form and devising certainly influenced the creation of this project. Also, the idea that I can have an audience be actively involved in the experience was a huge push for me. I love being able to create something with an audience that is unique and engaging and visceral, but also purposeful. I believe theatre should mean something, and as it’s gone on what keeps coming up for me is the beauty and humanity of people, even if they seem creepy or odd. This show is about connecting to those who you may not have thought to connect before. It’s about marginalised people, guilt, shame and how that can physically impact your body and your mind.
.
What response are you hoping to create in your audience to these characters?
My goal is create an interactive experience.  Always.  Talk back!  It’s kind of a rule… But seriously, any interaction always makes the show alive! I’ll encourage curiosity and for the audience to be active in their communication throughout. The Creeps love to talk, and you’re expected to chat back.
.
TB: What are you most looking forward to about the Edinburgh Fringe?
I don’t know if I can pick just one thing! I’m looking forward to performing there, of course- it’s a dream come true! And I don’t have any idea who we might meet or how the audience is going to react, which is very exciting. I’m also looking forward to seeing other peoples work! The calibre of the performances will be so inspiring and magical! I’m also so excited to tour the city, being a tourist. I’ve never been there before and I can’t wait to be amongst the energy!
.
Buy tickets for The Creeps here.