Bill Kenwright’s West End production of Alan Ayckbourn’s farcical tale of matrimonial mishaps How The Other Half Loves is moving house. The comedy, which has enjoyed huge public and critical acclaim since it opened in March, will extend its West End run, transferring from the Theatre Royal Haymarket to the Duke of York’s from 7 July – 1 October.

Praise for the production includes:

**** ‘ONE OF THE FUNNIEST SHOWS IN TOWN’ THE TIMES

**** ‘THE PERFORMANCES ARE AN ACROSS-THE-BOARD TRIUMPH’ DAILY TELEGRAPH

As Bob and Fiona clumsily try to cover up their affair, their spouses’ intervention only adds to the confusion. William and Mary Featherstone become hopelessly stuck in the middle, falsely accused of adultery and with no idea as to how they’ve become involved. The plot culminates in two disastrous dinner parties on successive nights, shown at the same time, after which the future of all three couples seems in jeopardy…

Olivier Award nominated star of stage and screen Nicholas Le Prevost will continue to play ‘Frank Foster’ opposite Jenny Seagrove as ‘Fiona Foster’. Jenny starred in Ayckbourn’s Absurd Person Singular in the West End in at the Garrick in 2007, and is best known for her role as ‘QC Jo Mills’ in ITV’s Judge John Deed. 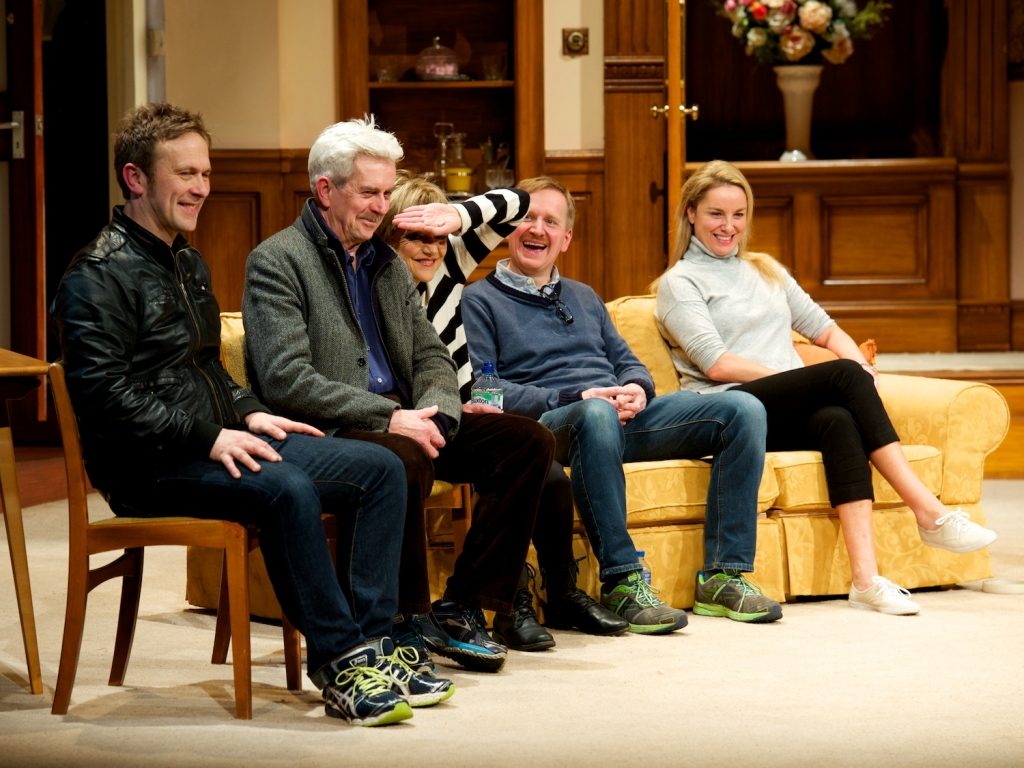 Jason Merrells – one of TV’s most popular actors from roles in Lark Rise to Candleford, Cutting It and Waterloo Road, and recently seen as ‘Juror Number 8’ in Twelve Angry Men, plays ‘Bob Phillips’.

Matthew Cottle, star of BAFTA nominated Game On, and most recently seen in Ayckbourn’s A Small Family Business at the National Theatre in 2014, plays ‘William Featherstone’ opposite Gillian Wright as ‘Mary Featherstone’. Gillian is nationally known for her award-winning role as ‘Jean Slater’ in EastEnders.

****‘GILLIAN WRIGHT IS SUBLIME’ THE STAGE

Joining the cast in the role of ‘Teresa Phillips’ will be Andrea Lowe, best known for playing DS Annie Cabbot in the popular ITV series DCI Banks.